Came yesterday, I am so happy with Alternate here in Germany. They have delivered the 6800xt and my 5900x before the New Year, I realize many people can't get this gear right now so I am feeling very lucky and thankful for the great service... Merry Christmas !!! 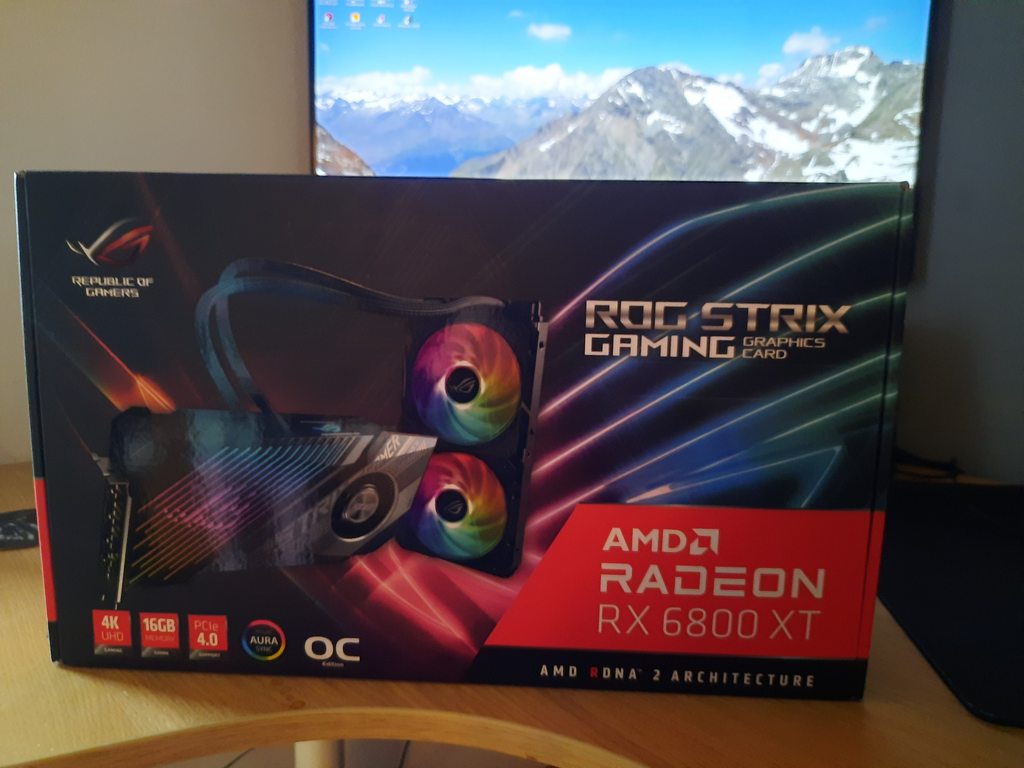 So here is my TEAM RED gaming PC, Specs are listed below..... all I can really think of to do now is get a Nvme Gen 4 SSD....... no real reason to though my old eyes won't notice it anyway 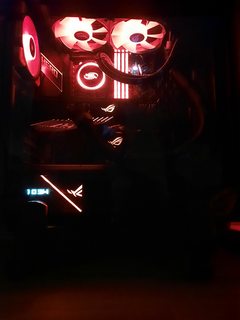 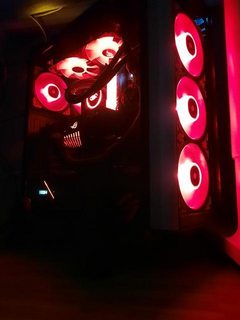 Out with the old, in with the new (and more fit for purpose): 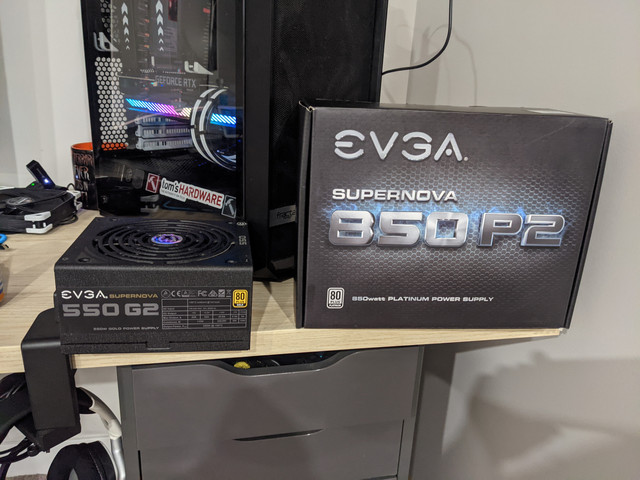 Was supposedly barely used & complete..... turns out it was missing BOTH EPS connectors!
Luckily, I have a CableMod Pro Mesh kit that I was planning on using anyway.
Reactions: Schlachtwolf, DMAN999 and NightHawkRMX 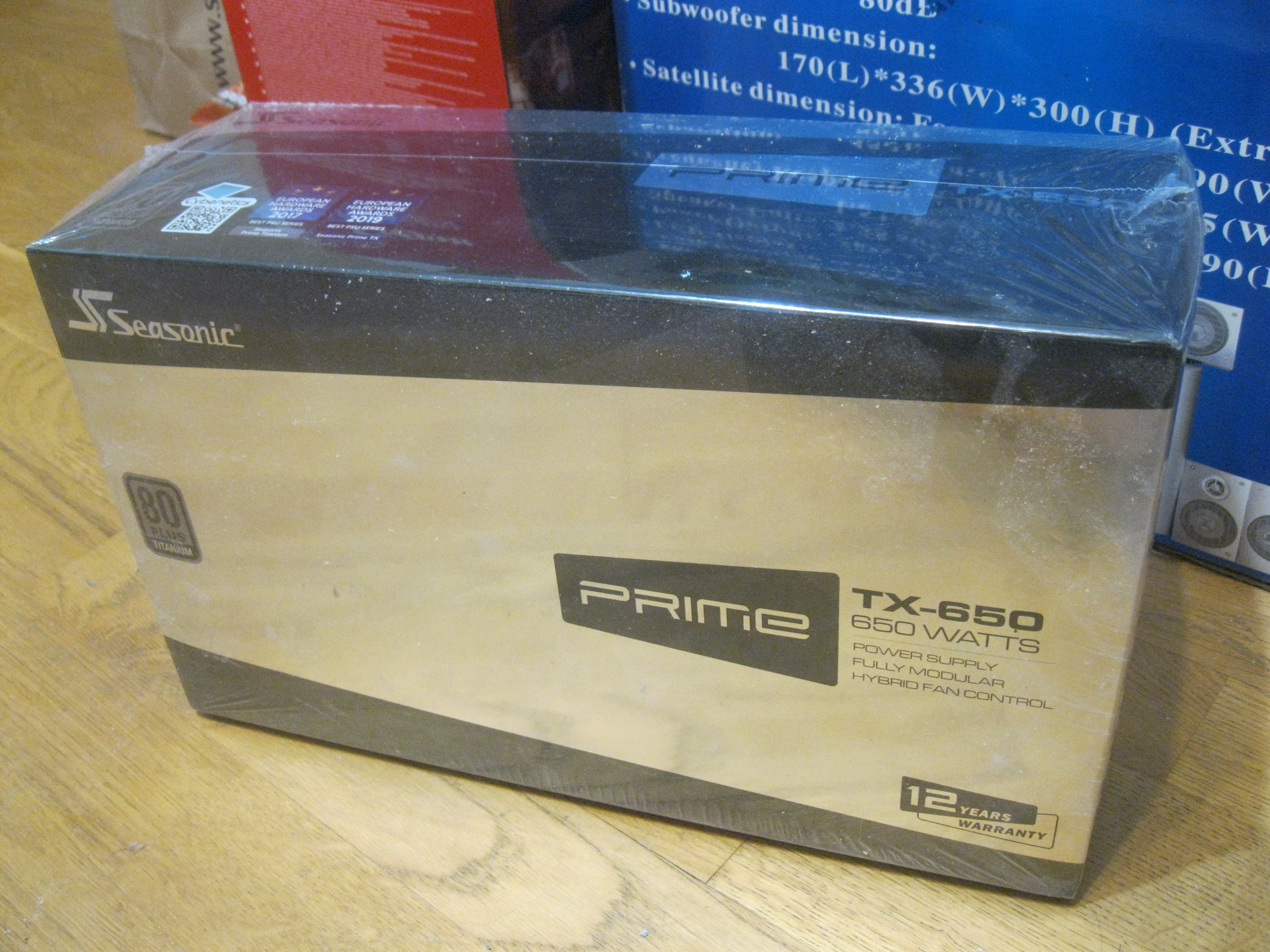 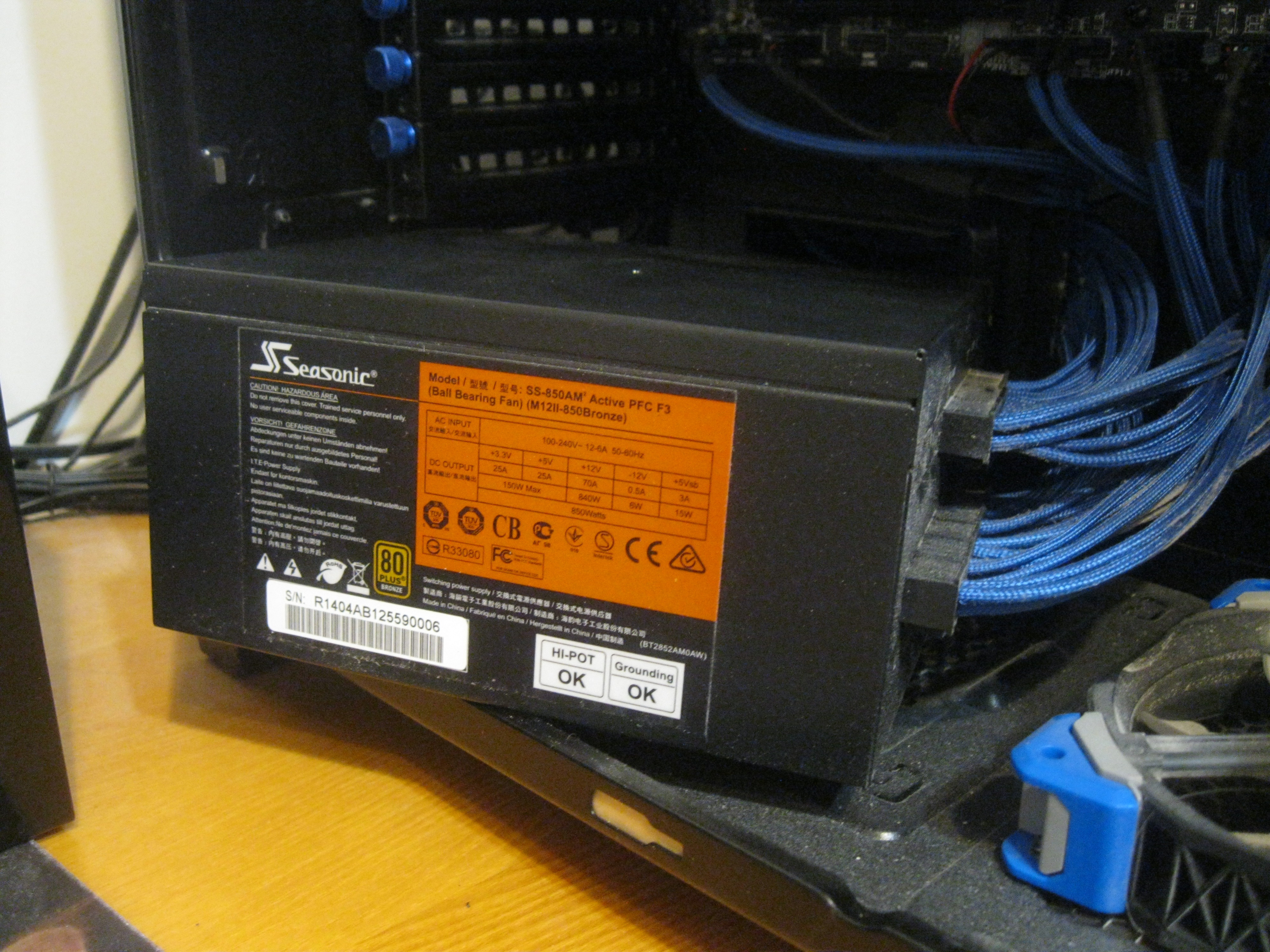 Old timer next to new powerhouse. 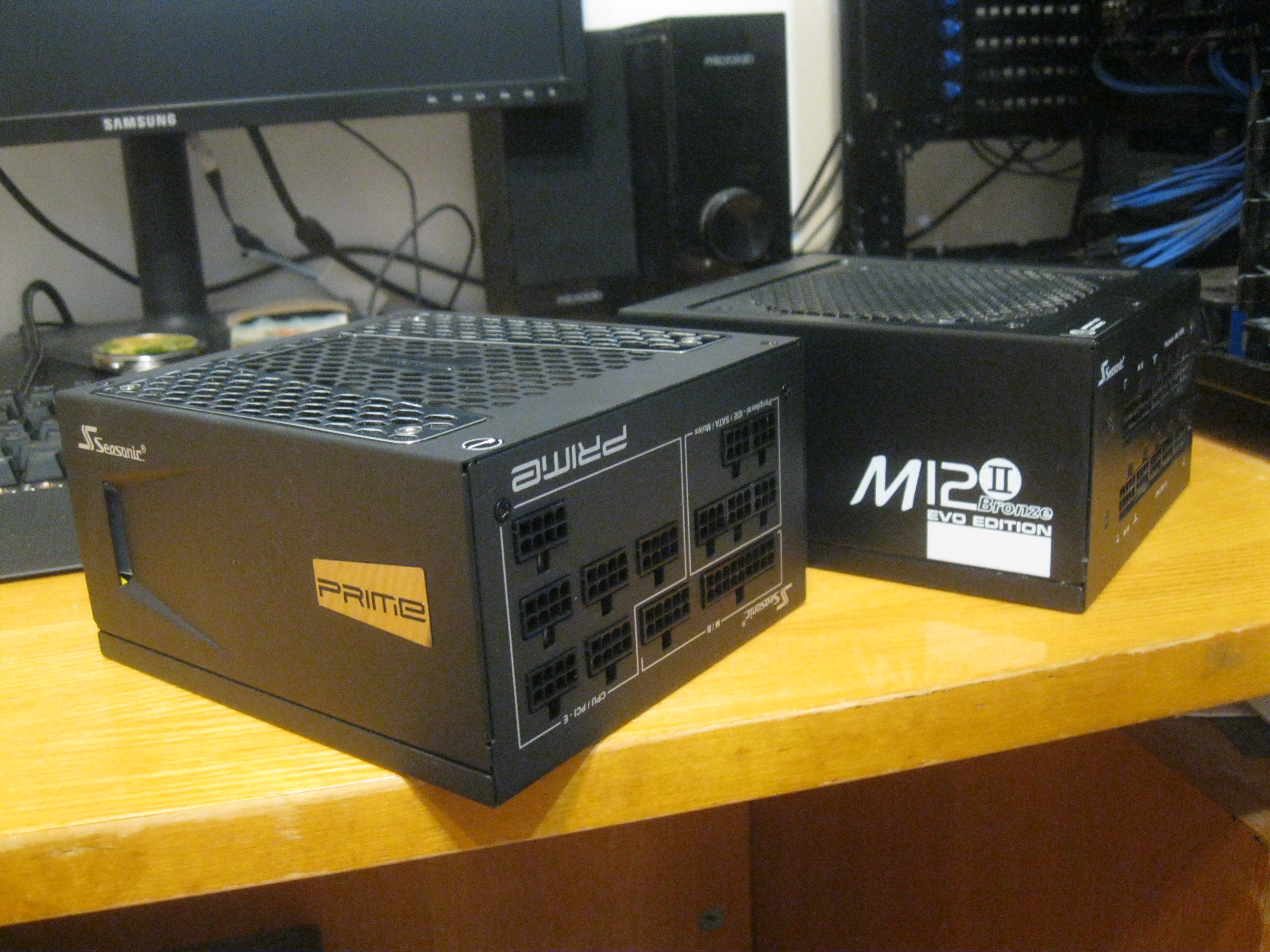 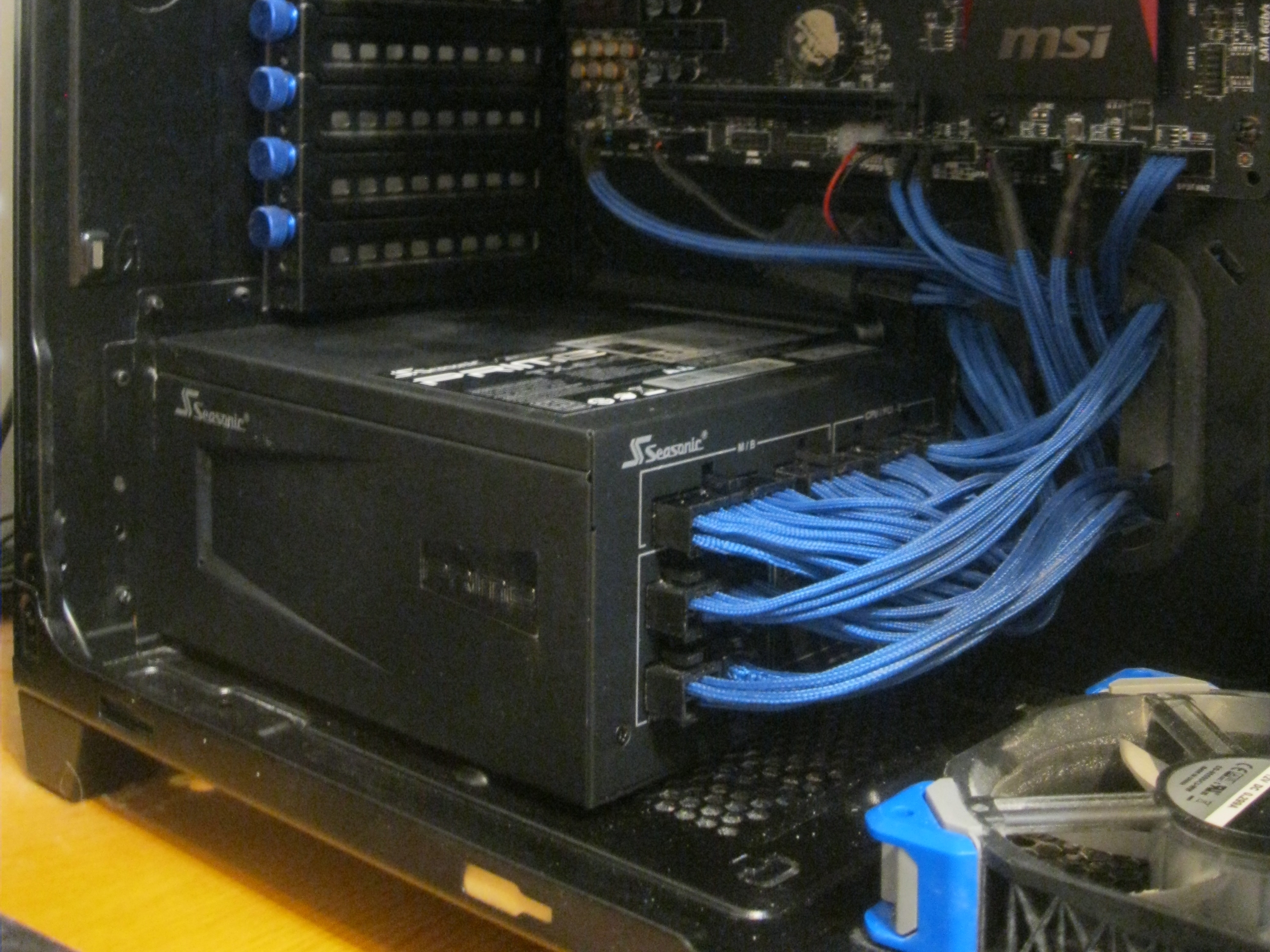 System up and running with new PSU. 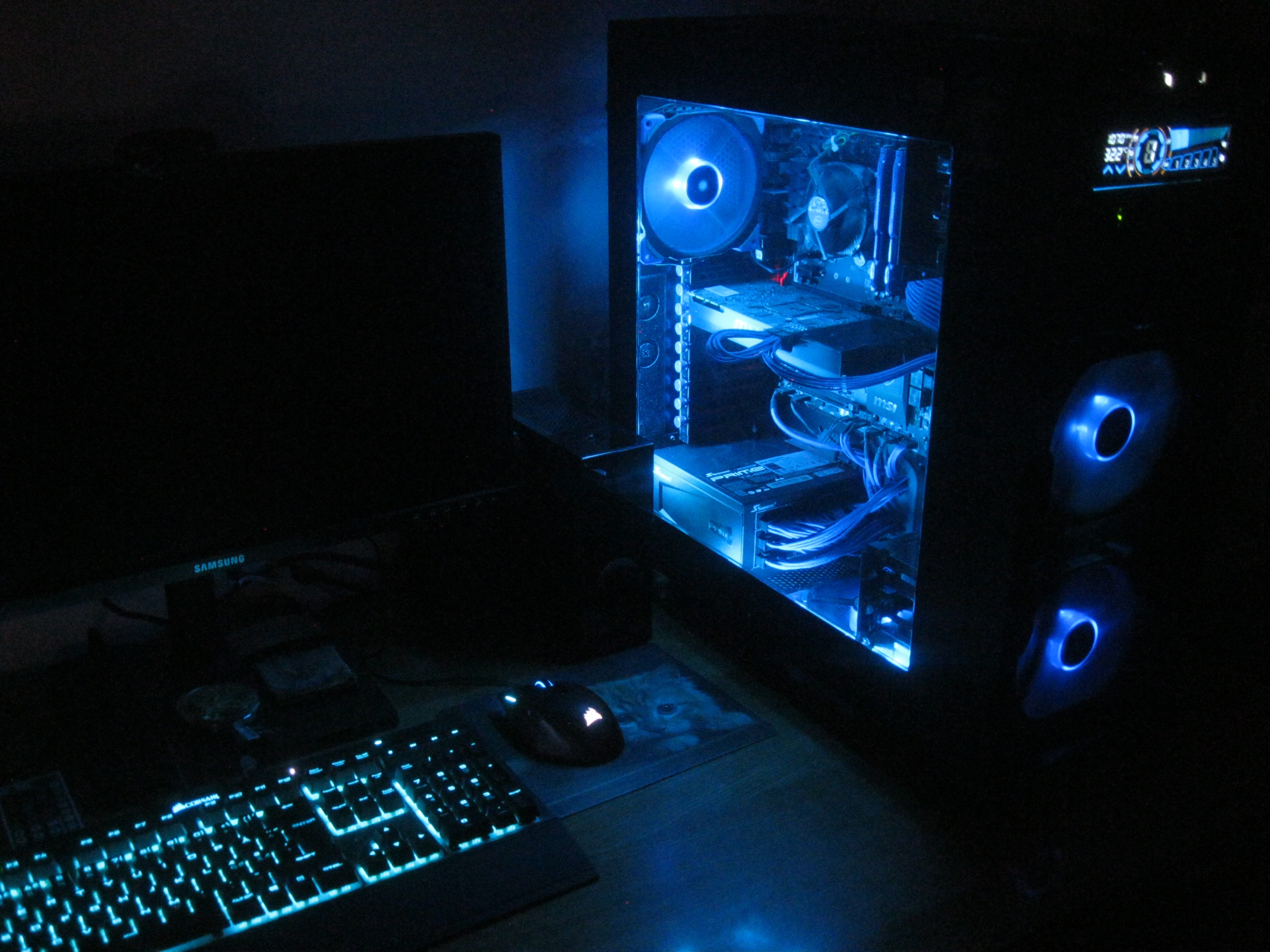 With more than 5 years of service on M12II-850 EVO, it was time to retire the trusty PSU and get new PSU for Haswell build. And for new PSU, there was only once choice: PRIME Titanium. Since Seasonic released the new TX-series, i got the SSR-650TR, rather than SSR-650TD, that i have in my Skylake build. Still, both PSUs are pinnacle of PSU technology and highest efficiency also helps with our UPSes, if the blackout should occur.
Reactions: Barty1884, King_V, NightHawkRMX and 1 other person

A distinct side/downgrade, but needed to happen if I wanted to keep this Meshify C and have all my fans. 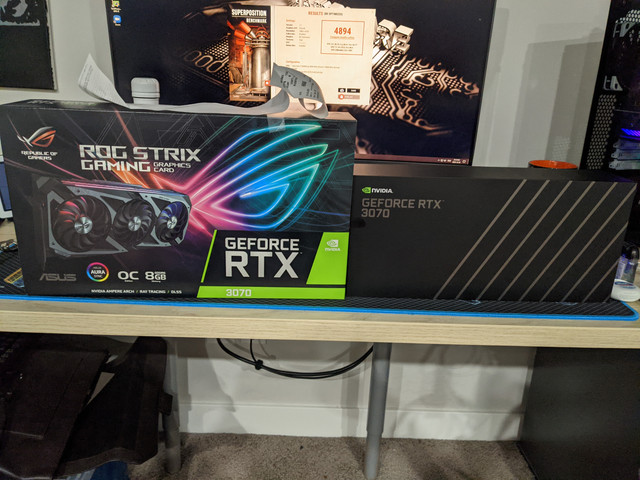 Paid a bit above MSRP for the FE and sold the Strix for MSRP, so a little bit upside down on it, but I'm happy. 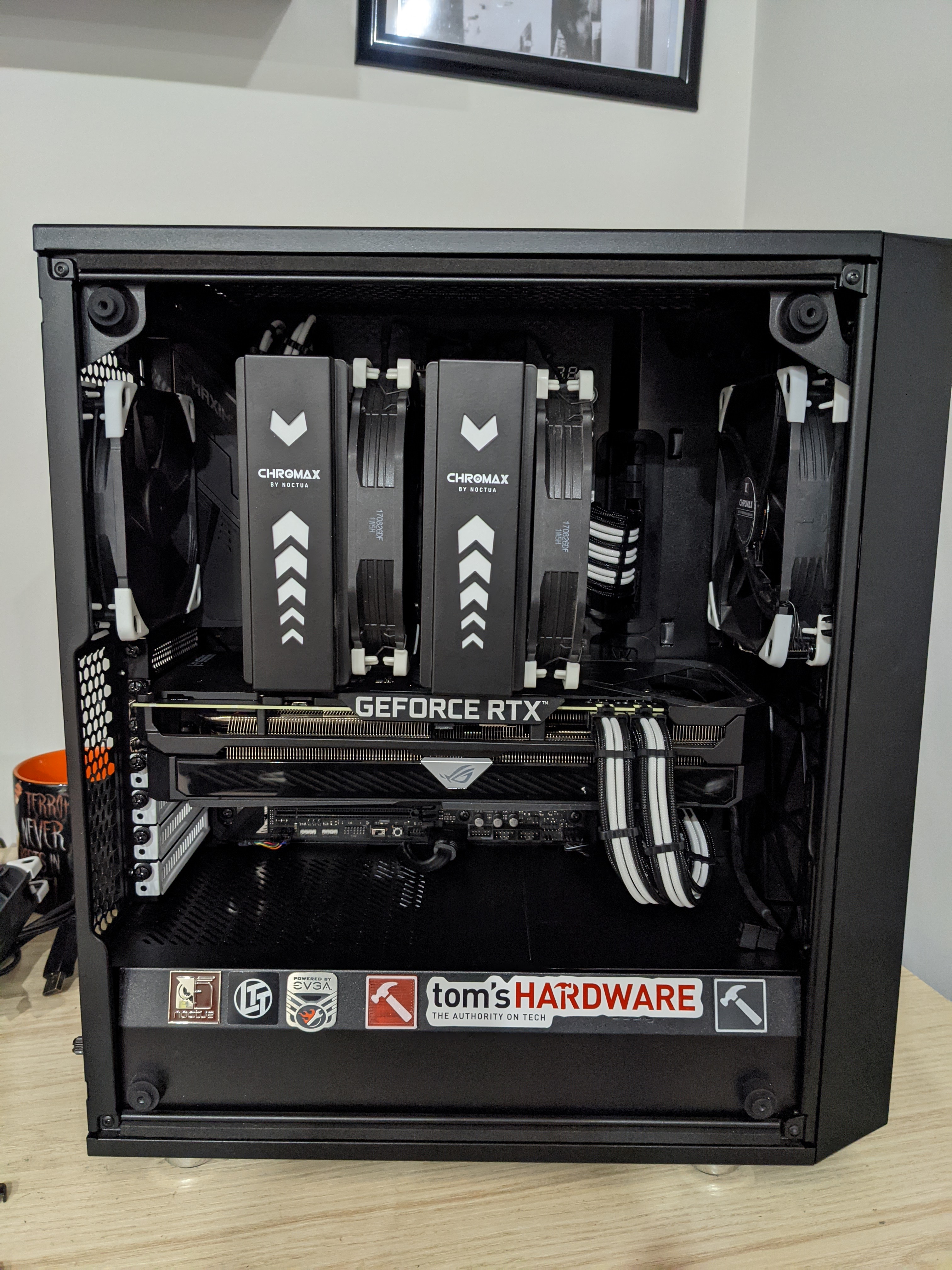 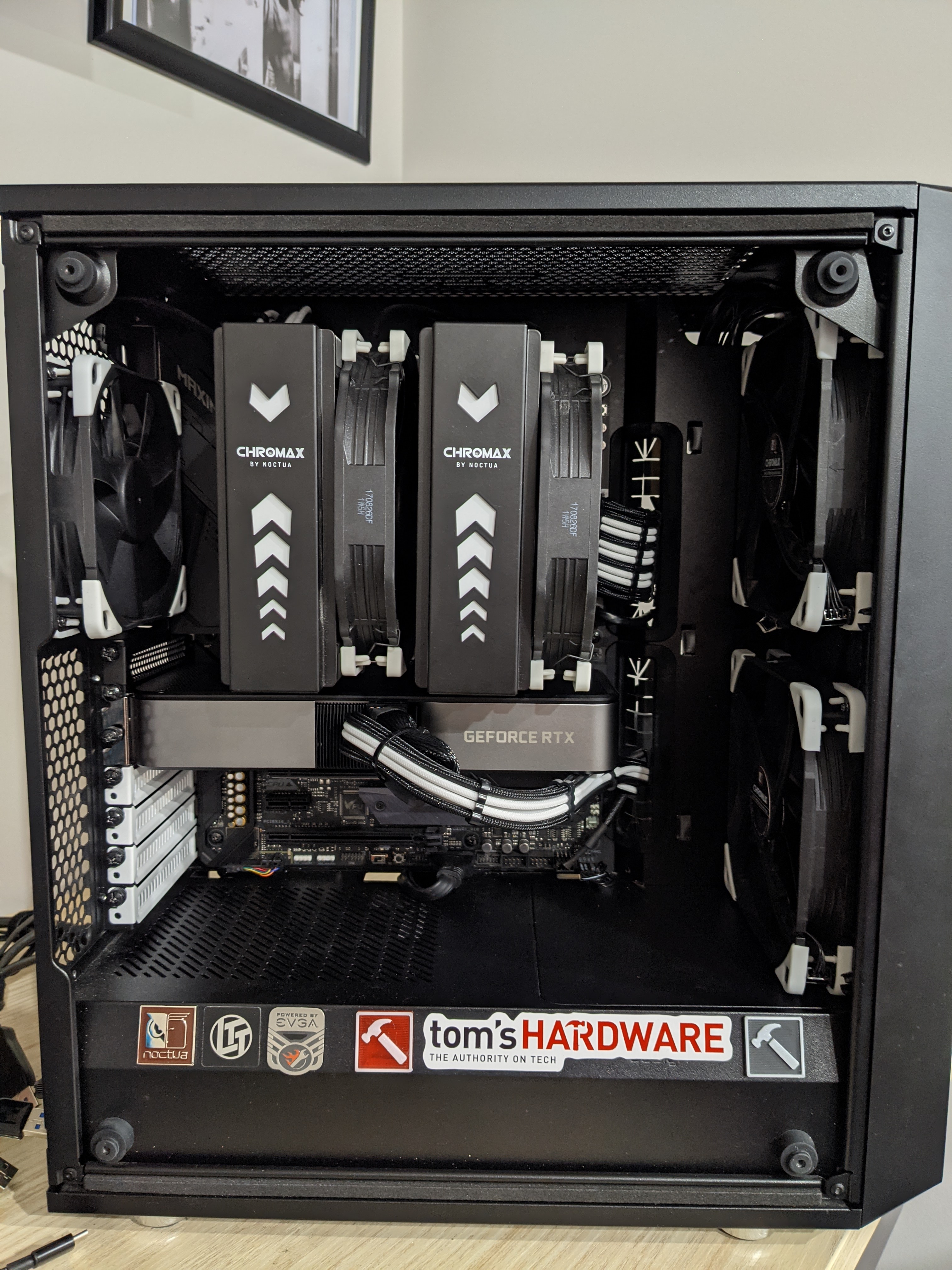 Wow that strix must have been really long.

So finally got around to installing the Vertical mount for my Asus 6800xt, Both CPU and GPU having AIO Rads makes the tubing a bit messy but it runs cool and quiet. I see now that in 6 months I'll be like "Nah that tubing looks like poo, time to try the first coustom loop"
Mow I know that means I lose SAM, PCie Gen 4 for the moment but for example I had in Mordor Shadow of War ultra settings 171fps in the benchmark before and..... drum roll......169fps afterwards, so not losing much and it looks awhole lot better. When a decent and tested Riser Gen 4 is out I can pop that in (unless it's fron NZXT)....... 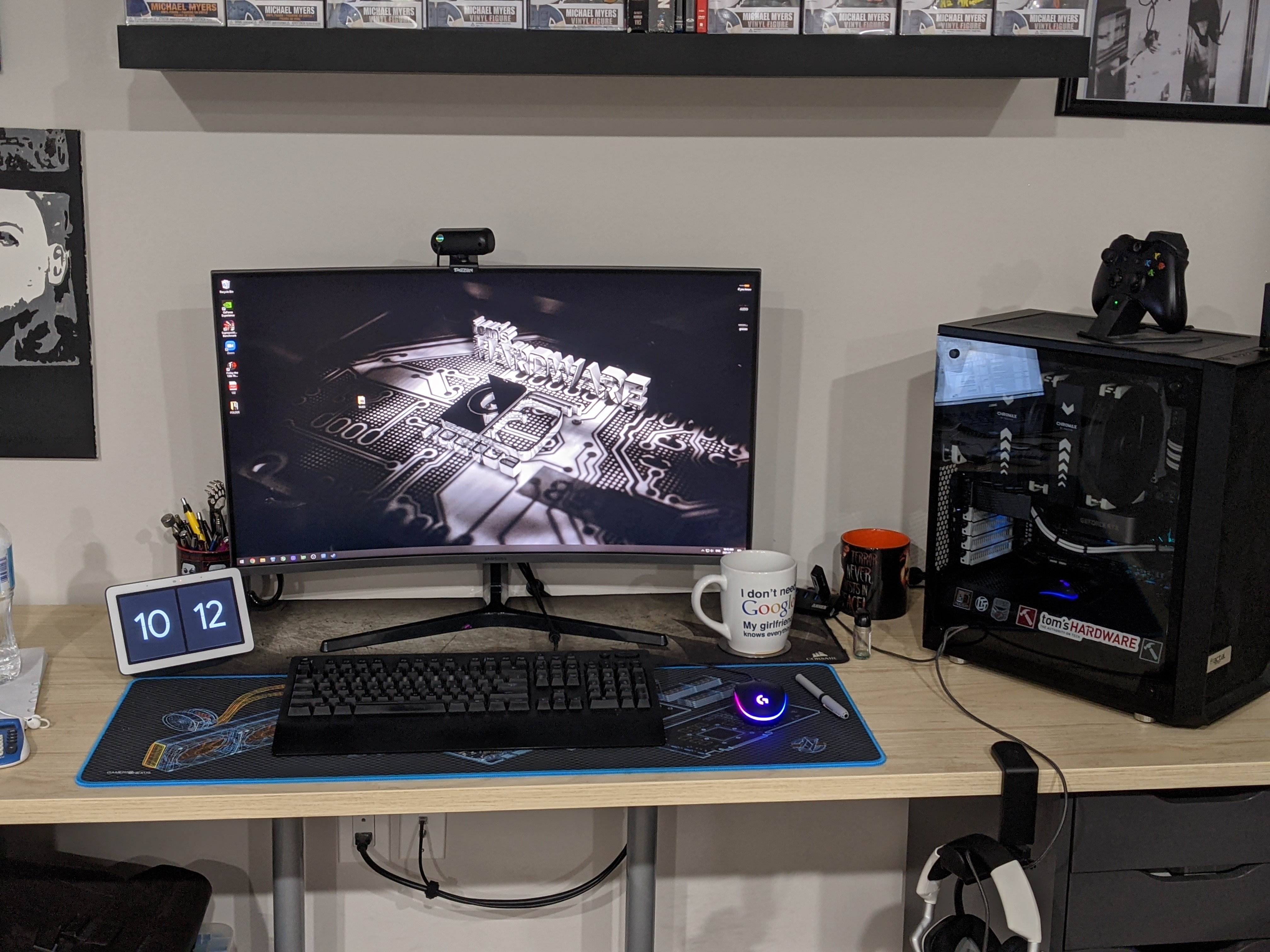 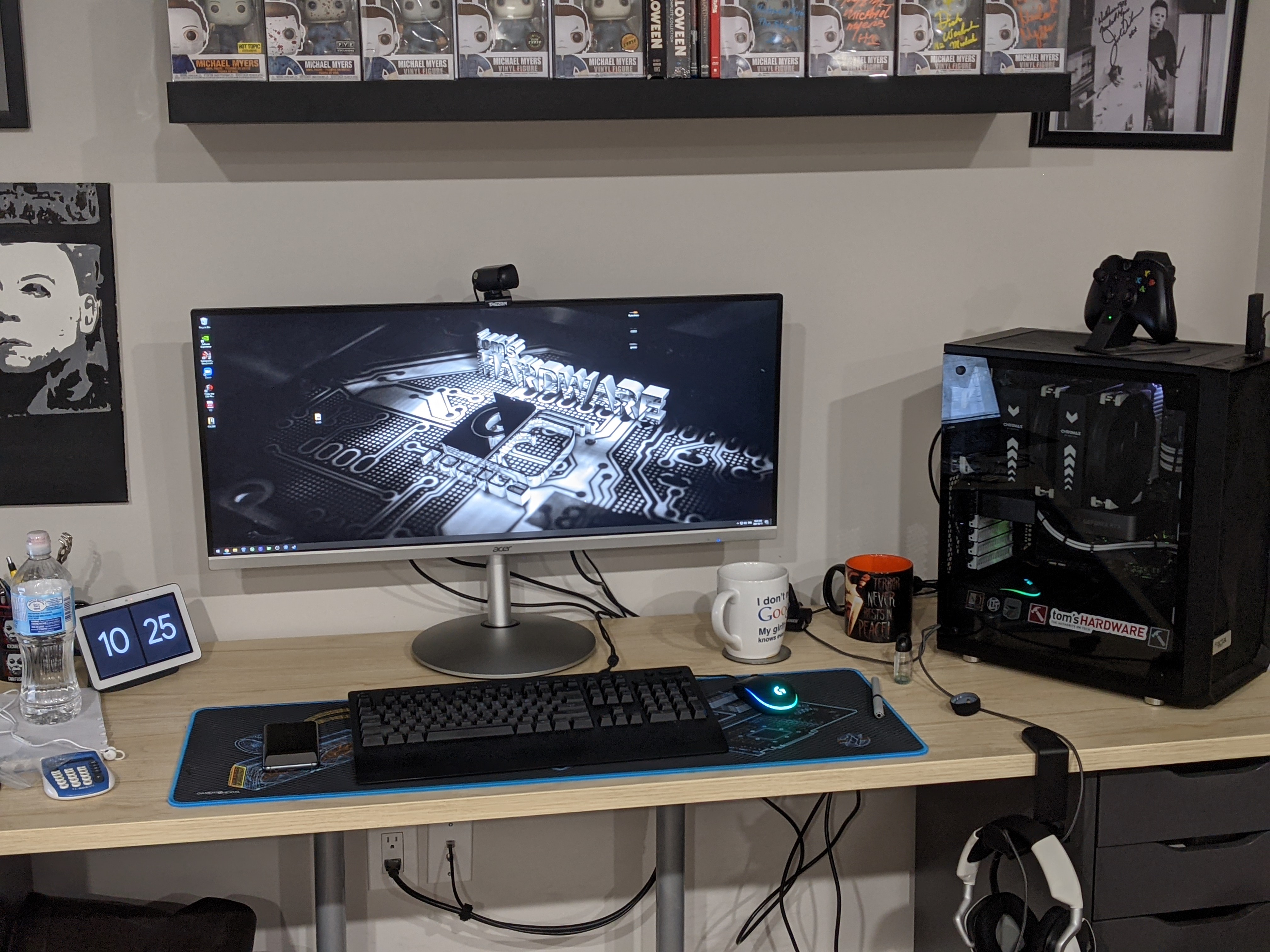 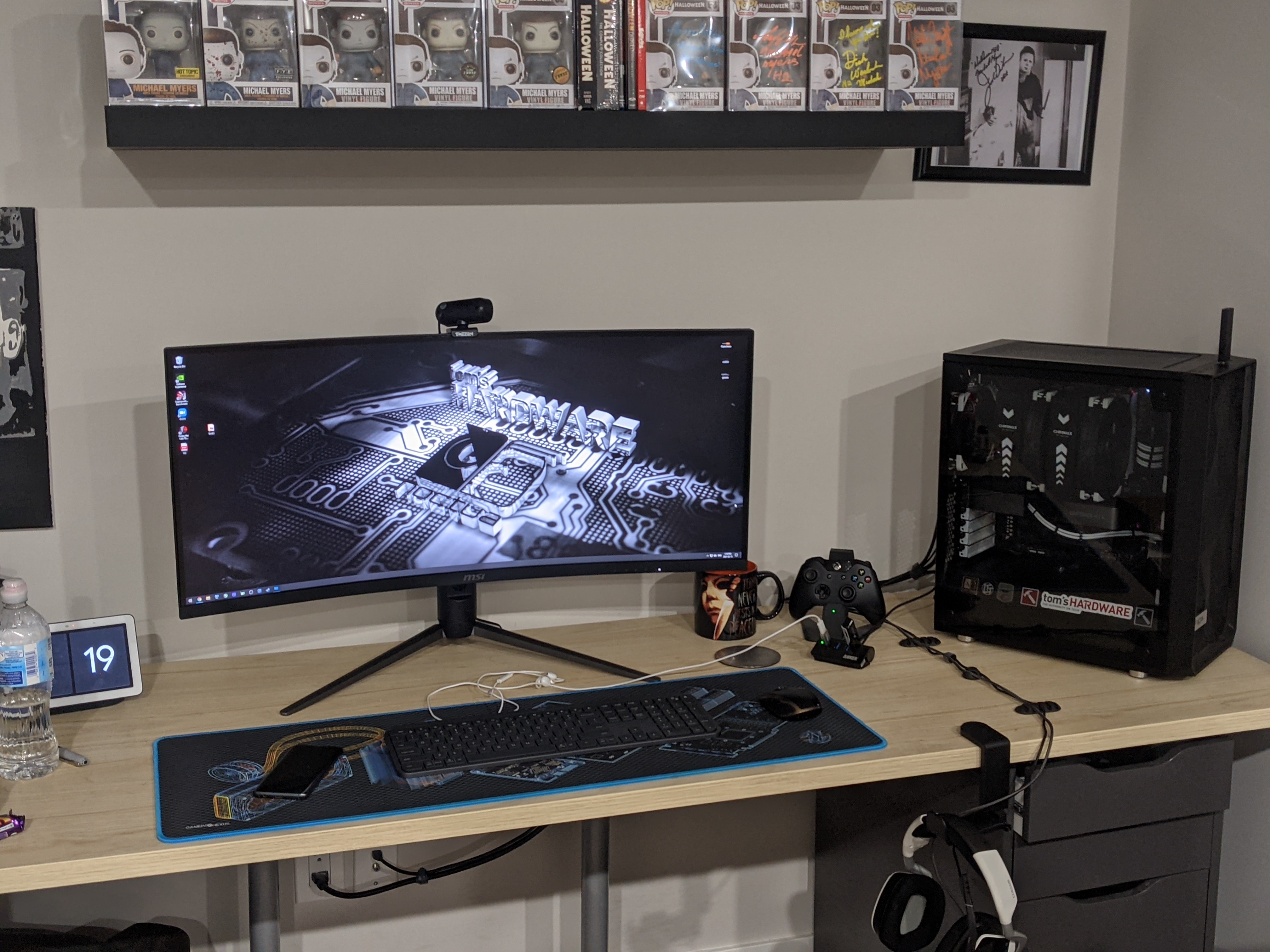 Very nice! I am in the market for an ultrawide display, I plan to buy one in the next couple of months.
Reactions: NightHawkRMX Be prepared to buy a whole new system soon, too.

And while the review is written in Vietnamese, you can use Google Translate. Also, it has plenty of pics of the guts of it, which our resident PSU experts may find interesting.

If not before, by dismissing our warnings about it, then after it has blown up and taken most, if not all the system with it, you'll learn why you never cheap out on a PSU. Also, i find it hard to believe that you don't have any better quality PSUs at your area.

Thank you Xigmatek for providing Review products!
Click to expand...

It's disappointing that Xigmatek will send power supplies like that to be tested by reviewers but EVGA won't send out review samples of their new models
Reactions: King_V 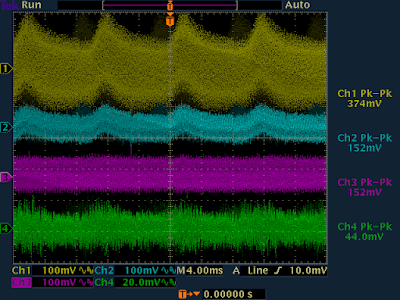 Got some new toys recently, I also got a 3090 (not pictured) inside my current build (haven't booted this bad boy up yet).
Reactions: King_V and Schlachtwolf
M

I'll follow up with a photograph of the system itself soon.

Apologies for the somewhat chaotic wiring. The E-ATX motherboard is very large, so it covered up the cable-routing channels, which made cable management difficult. Also, many of the headers and plugs were in odd locations - perhaps because Supermicro expected this case to be installed in a rackmount. For example, there are two EPS-12V power plugs on the LEFT side of the motherboard, but there's no grommets or cable channels at the top of the case to route them through. So I had to drape two thick EPS-12V cables over the top of my graphics card.

Upgraded my monitor from the LG 34WK650-W ( 34"2560x1080/75hz/Non-curved/IPS) to the 34WP65C-B (34"3440x1440/160hz/Curved/VA) and am absolutely loving this monitor. The curve is great for this size and going from 75hz to 160hz is quite the improvement in speed. Both are Freesync/Nivida compatible but having the larger range with the newer monitor helps a lot. I haven't been able to upgrade my GPU yet but my 1660 Super is still going really strong and is able to play games like BioMutant and Division 2 around 75-80 FPS on a mix of Medium to Low settings which is fine for me. My less graphically intense games are a nice 140-160 FPS and look great. I'm really happy I grabbed this monitor during preorder since it seems to be out of stock since release at LG's site and B&H. 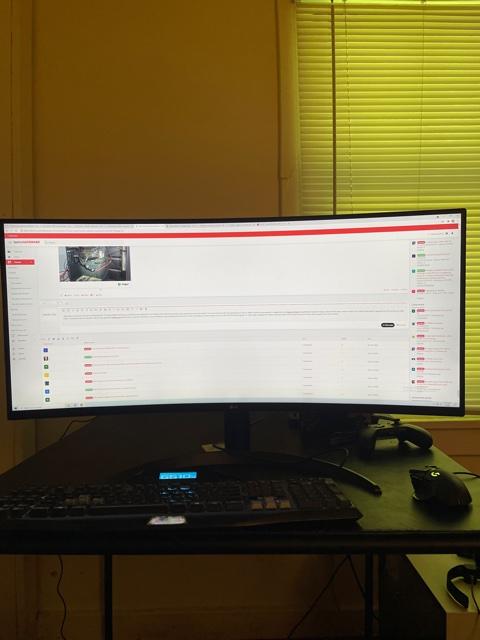 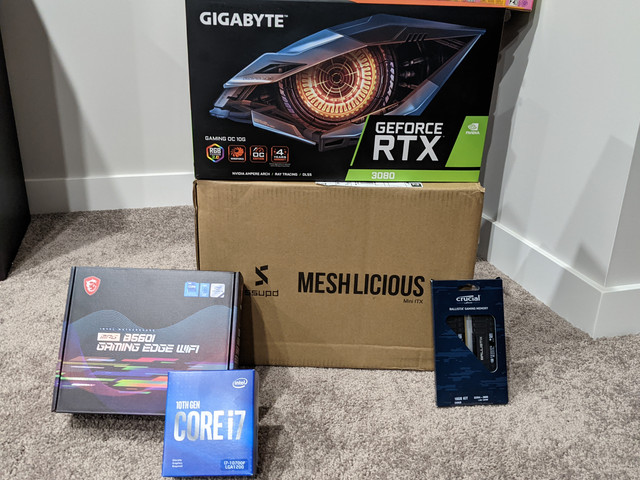 Once you've gone tiny, and through the puzzle of cable management and fitment issues and component installation order, looking at atx mid towers cures any confusion about how 9 yr Olds are building pc's. That case has several very well received reviews, so I think you are going to like the end result. A lot.

Karadjgne said:
Once you've gone tiny, and through the puzzle of cable management and fitment issues and component installation order, looking at atx mid towers cures any confusion about how 9 yr Olds are building pc's. That case has several very well received reviews, so I think you are going to like the end result. A lot.
Click to expand...

Yeah, wasn't really planning any changes.... but then I started seeing reviews of the case. More geared towards an AIO or some very bespoke custom loops, but I think I'll like it in an air form. Just waiting on an SSD to show up tomorrow & I'll get it built. Will probably start tonight, in all likelihood, and just work off my laptop tomorrow - can't wait!
You must log in or register to reply here.
Share:
Facebook Twitter Reddit Tumblr WhatsApp Email Link