I've just upgraded my desktop to a Ryzen 3700x on an Asus Prime X570-Pro. It's my first time the CPU is not a bottleneck for the two graphics cards, but now I find out the top one can't breathe.

I'm running two Strix 1080 Ti's with a slot in between, which does not seem to be enough for airflow. I notice clock drops for the top GPU and temperatures up to 90 deg. The case is well ventilated. I wonder if I move the second card in the 3rd slot, would there be a performance penalty? The BIOS says it's best to put them in slots 1 and 2 for 3rd gen Ryzen CPU's, which I believe this one to be.

Also, if it would work, can I use a 3 way SLI bridge with just the first and last slot? The bridge would expect a second card in between, but I have to leave that empty for airflow.
0

The third slot is controlled by the chipset not the cpu so would not use this.

Cannot strap a fan onto the cards to force air in between them?
0

The third slot is controlled by the chipset not the cpu so would not use this.

Cannot strap a fan onto the cards to force air in between them?
0

The problem is that you're using the Strix model for SLI instead of the Turbo.
Standard fan coolers suffer in tight spaces - this is where blower cards excel. 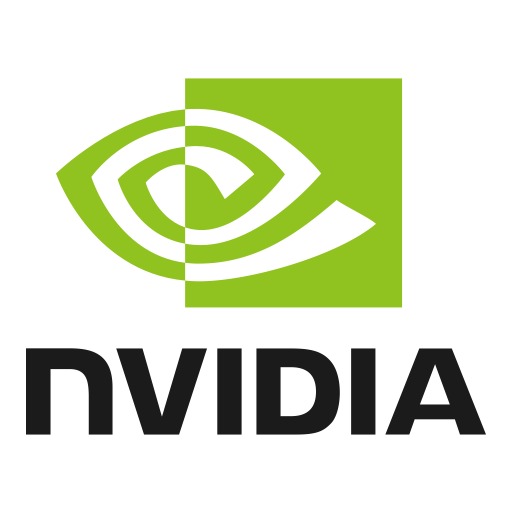 With the RTX series of GPUs, NVIDIA has moved to using dual fans as the standard cooling layout on their GeForce and Titan video cards. This is a big change from past generations and has even bigger implications for using NVIDIA graphics cards in multi-GPU workstations. Let's look at what...

Specifically states only using PCI-Ex16_1 and PCI-Ex16_2 for multi-GPU configurations. Aside from that, the last slot is only x4. SLI requires at least x8 throughput.

Indeed the 3rd slot does not seem usable for SLI purposes, should have read the manual more carefully. I will try to strap fans to them. I borrowed these GPU's independently, I did not expect I would SLI them at some point (or have them in the same machine at all). Looks like I will have to improvise with fans, thanks for the help!
0

Here's a quick follow-up: I ghetto-attached two fans blowing from the side only (not in the middle of the two cards) because it looks like the Strix's blow hot air downwards and take it in from the side. This, together with a power limit of 90% for both cards and max temp target of 81 deg manages to keep clocks for both cards (because SLI) to 1680-1750 Mhz, with memory at 5505. Without the fans it goes up to 90 deg whatever power limit I set. It's ugly but it works, yay! 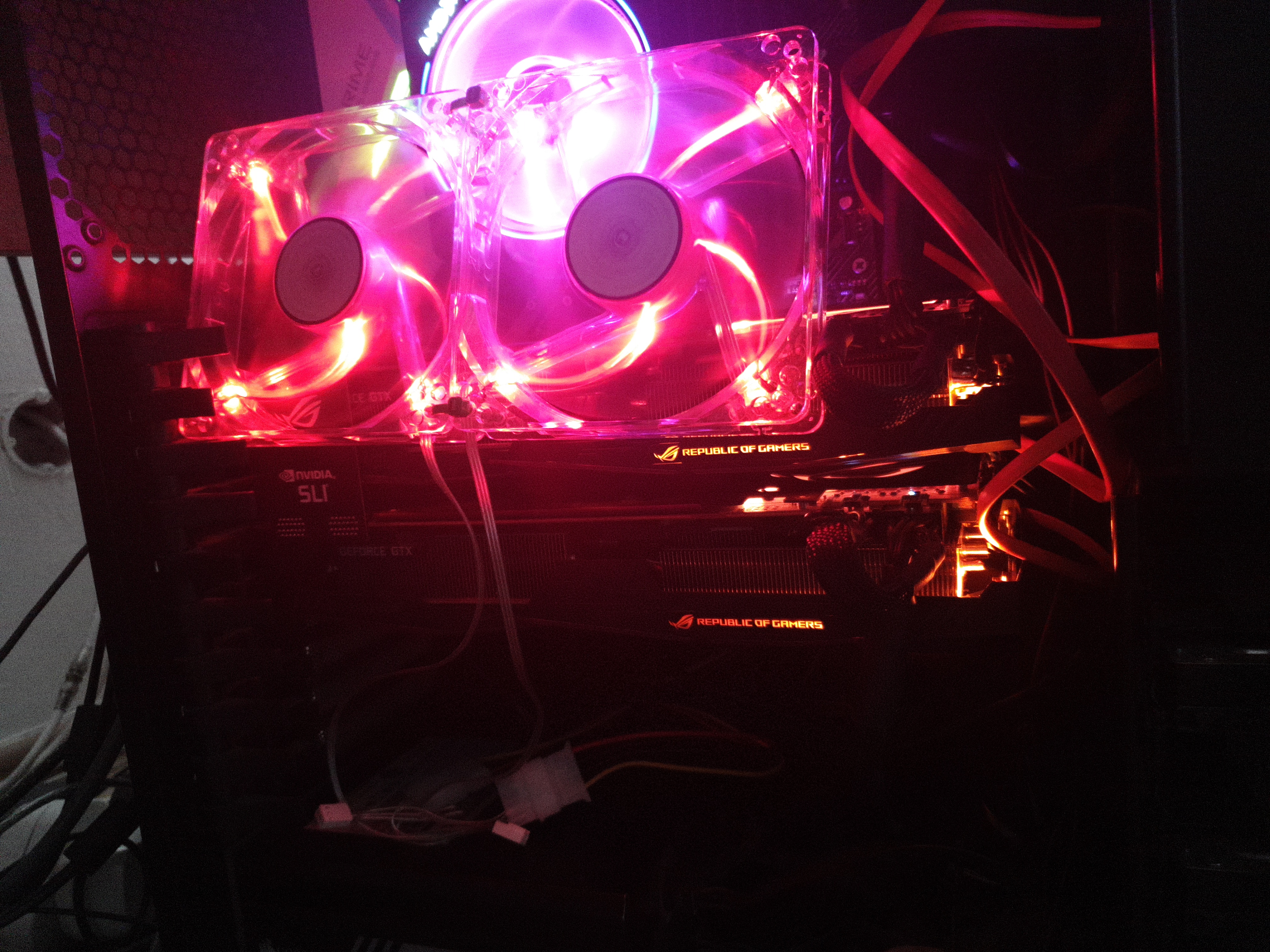 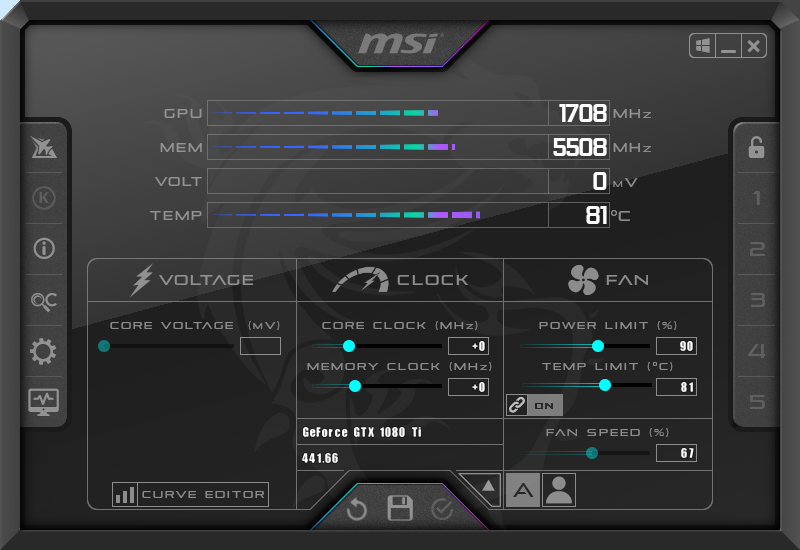 Well fans do take air in and blow it over the cooler block which then will be pushed away via the sides,but seems you blow enough air over the fins to get temps down. Because fans take air in and have limited acces to fresh air ( which will be warmer because of the hot gpu below as well) probably why the upper gpu gets too hot/throttles.

Since it works good job.

Could also have tried to cable manage those sata cables out of the way and blow fresh air from that side in between the gpu's. Maybe one fan there blowing in between and the other taking hot air out of the fins. Anyway since it works is it up to you to experiment.
You must log in or register to reply here.
Share:
Facebook Twitter Reddit Tumblr WhatsApp Email Link