I found myself totally addicted (in a good way) to driving simulators such as American Truck Simulator, Mud Runner, Spintires Original, etc. Good news is they are pretty easy on GPU so I recently built myself a brand new budget gaming PC based on a AMD Ryzen 2400 with the built-in Vega 11 GPU and it makes the job perfectly at 1080P with "ultra" quality settings for American Truck Simulator which is the "heavier" of those 3 games so far. Unfortunately, I have another kind of problem with this gaming PC/gaming room which is that I have to share it with my two pre-teenagers (sigh)!

So today I want to build myself a second/backup "super-duper-budget" gaming PC using old computer & parts I already have at home (free) to install in my living room on my second television. My goal is to be able to play those three games (or similar) to the best quality setting possible (still at 1080P resolution). Good news is since I work in IT for nearly 20 years, you surely imagine that I have plenty of old spare computers and spare parts...

So the base for this "super-duper-budget" build is a 6-7 years old, corporate line, HP 6200 Pro "small form factor" deskop PC, it's powered by a Intel i3-2100 @ 3.1 Ghz, it have 8 GB RAM (upgraded from 4 GB), an Intel HD 530 built-in GPU and I just put a performance ADATA SU800 SSD drive (512 GB) I have spare at home to replace the factory 7200 RPM HDD and gives this old PC a very fast booting/loading time after performing a clean Windows 10 Pro install on it. This computer feature a low-profile PCIe 16x expansion slot (so as 2x more PCIe 4x low-profile slots). 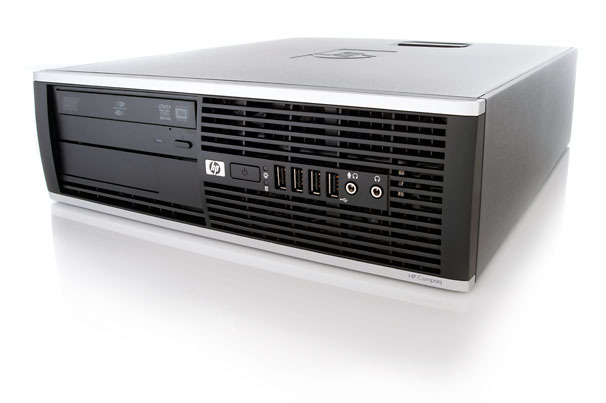 So what I need now is to find a "super-duper-budget" graphic card, which is low-profile and who will be is safe for the factory 240W power supply that CAN'T be upgraded because it's custom sized (damn). This is why I need your help now. What do you suggest for graphic card that could fit my PC and allow me to run those games at the higher quality setting as possible? I am disposed to purchase it new since it would be my only expense on this build.

Looks like those games require GPUs of the GTS450 class as a minimum, and recommends something in the GTX760 realm.

While those cards are "super-duper-cheap" these days, they're not likely to be viable on that 240W PSU that will have degraded over time.

Modern options would be either a GT1030 or RX550, maybe even an RX560. Those are 30W, 50W and 75W TDP cards, respectively, have LP variants and sit between the minimum & recommended requirements in terms of performance.
Neither are what I'd consider "super-duper-budget" though.... and you're looking at ~$80 for a GT1030.

A SFF GT 1030 2gb is probably the best choice for that build. Performance is pretty much identical to the Vega 11 iGPU, just don't get the DDR4 version as it performs worse.
0
K

I cringe a little at the RX 550 and RX 560 just because there are two variants of each,and they're not a whole lot cheaper than the RX 570. The 570, though, requires notably more power.

There are actually 4 total among those cards:
Those are listed in order of performance, and the pricing is insane, with the lesser-performing cards often going for more than their better performing cousins. On top of that, you'd have to look for a low-profile version, to fit in your case.


Finally, some old OEM systems like Dell, HP, etc., can be notoriously uncooperative with newer graphics cards. It might be helpful to dig around HP forums to see if anyone's successfully used whichever video card you're considering.

It does seem that if you can get a reliable, used GTX 750, or preferably, GTX 750Ti, that might be worth considering.


And . . I know I already said "finally" but, what's the specs on the PSU in that machine? That could be another limiting factor. I think some of them came with 180W power supplies, which means even a 75W card would be risky, ergo, limiting you to a GT 1030 or RX 550.

If you're willing to drop the resolution to 1280x720, though, that will definitely help with performance, should whatever card you decide to get fall a little short at 1080p.
0

@vlopddap Do you have any other base systems available to you? If so, there might be a better route to go.... Basically, anything of a similar era that takes a standard ATX PSU?
0
K

Yep, "minefield" - that's a pretty apt description - and I meant my post to be more along the lines of supplementing what you and WildCard had said.

Low profile/slimline/etc desktop type systems are nice and have their place, but they severely limit upgradability with their oddball PSUs and (mostly) being limited to low profile video cards.


(on the other hand, I tend to get a little enthusiastic myself about what can be done with free machines/discards/spare-parts, etc)
0

If it wasn't for the more then likely custom motherboard it would make more sense to just transfer the system into a standard case, grab a decent PSU and get something like the RX 570. Then later on if need be you could try to find a 2600(k) or 3770(k), if the motherboard would accept it, for a bit more performance especially on games that could utilize more then 4 cores.
0

I think a low profile RX 560 or GTX 1650 would be the best you could do. Before you purchase them you'd want to check the specifications of your motherboard to make sure it puts out 75W at the pcie. If not, you'd have to go with something much lower power.

Also, not sure what other driving games you play besides the ones mentioned, but if you don't play it, I would highly recommend Beam NG if you like spin tires.
0
O

Of course, if you could keep it out of reach....I've heard of guys just popping the side off the case, setting a full size power supply outside, and then installing a full slot card and leave it sticking up out of the case. Can't say I would recommend you do that, but you probably could. Or if you can find a budget case and make even just the power button work, migrate it over to that.
0
K

Remeca said:
I think a low profile RX 560 or GTX 1650 would be the best you could do. Before you purchase them you'd want to check the specifications of your motherboard to make sure it puts out 75W at the pcie. If not, you'd have to go with something much lower power.

Also, not sure what other driving games you play besides the ones mentioned, but if you don't play it, I would highly recommend Beam NG if you like spin tires.
Click to expand...

Agreed - but definitely check to see if anyone's gotten this HP to work with those cards. My own experience shows that Dell systems from the Sandy Bridge era won't work with some AMD R9 cards, and any RX cards, because the newer AMD cards don't support VESA mode 103, which the old systems' BIOS screen uses. My Dell XPS 8300 (i5-2320) would NOT boot with the R9 285 card I bought. My XPS 8700 (i5-4460) on the other hand, was just fine with it. I'm given to understand that the HP machines are a little better in tolerating newer cards, but don't hold me to that.


ohio_buckeye said:
Of course, if you could keep it out of reach....I've heard of guys just popping the side off the case, setting a full size power supply outside, and then installing a full slot card and leave it sticking up out of the case. Can't say I would recommend you do that, but you probably could. Or if you can find a budget case and make even just the power button work, migrate it over to that.
Click to expand...

Aside from the potential issues I mentioned about OEM systems sometimes being fussy, this isn't a bad idea at all. Or maybe I'm a little fascinated with the idea of a PC with its guts sticking out and other bits connected from outside the case
0
V

I'd be hesitant about leaving a PSU out in the open with pre-teen kids around.
0
O

Depending on your budget, take a look at this.

@vlopddap Do you have any other base systems available to you? If so, there might be a better route to go.... Basically, anything of a similar era that takes a standard ATX PSU?
Click to expand...

Unfortunately this is my only available base for the project. Well not perfectly true since I have a bunch of HP ProDesk MINI 600 G2 and G3 and as for the G3 it's not even 3 years old, however they are micro (bookshelf) computers. I first though of getting an external graphic card docking station (PCIe extension) that could hook to the internal mini-PCIe slot available (M.2 PCIe) free for PCIe SSD drive, but I think this is not a realistic idea... as for the ease of use (well, more like the space needed, the dust collection, etc.), as for the ease of setup and of course the high price point of this setup where you need a graphic card (let say 100-125$), then a external docking interface (around 30$), then an ATX power supply (let say 20$) and finally a LOT of hit & miss to set this up together.
0

It;s not particularly "cheap", but just a suggestion here.

An adapter, case & PSU could be an option.

The G2 or G3 (depending on the CPU/RAM config*) are probably better platforms though, as they use somewhat standard layouts, whereas the 6200 Pro SFF is BTX(?), I think.

The board is ITX (ish)

Case & PSU (just picked the cheapest case... it's mATX, not mITX, but it would fit & is just an example.

$100 investment, frees you up to any GPU you can find for a reasonable price (within reason) and removes any low profile or PCIe-only power requirements.

So, all in, roughly a $150 investment which, being realistic, is in the same general ballpark as a modern LP GPU (like an RX550) with substantially more horsepower....

*Of course, assumes there's a decent CPU and RAM setup in either the G2 or G3)
0
O

No hard drive, and only 4gb of ram. However, ddr3 ram is cheap enough. If you are in IT, you're liable to have a hard drive laying around.

I'm also looking at this Amazon listing, which looks like the same part# and model#, and it seems like it has a 6-pin PCIe connector.

Unless I'm reading something wrong, this thing should be able to use a video card that requires a 6-pin connector. I wouldn't push it to its limits or anything, but this suggests a beefier card than we'd assumed MIGHT be possible.

King_V said:
(edit: crap . . or is the 6-pin what this system uses for motherboard power?)
Click to expand...

Bingo. Board uses a 6pin and 4pin and then, if I'm reading things correctly, a 6pin connector (black) comes back out of the board to power sata devices.
You must log in or register to reply here.
Share:
Facebook Twitter Reddit Tumblr WhatsApp Email Link