Question (Some) Steam Games Download but do not install

I am having a strange, seemingly unique issue with Steam, and their support is not doing anything but sending me form letters. I've done all the basic troubleshooting I can manage (reboot, reinstall Steam, clearing cache, changing download server, checking firewall and anti virus, trying an external hard drive, testing RAM and HD health, testing network health, deleting everything but Steam.exe and steamapps, updating drivers, and more).

So several games (specifically Star Wars KoTOR 2, CS:GO, and Rocket League) will download their full file size at a very good speed (24+ MB/s), but once the game is downloaded, both my speed and disk write speed slowly choke down to zero, while the install times rises exponentially from 1 second left to hours. Eventually, the speed is so slow that Steam kicks the game out of the download queue and lists it as "Update Needed" before beginning the cycle over again. This is made even stranger by the fact that some games download with no issues whatsoever, including DS Remastered, DS3, Total War Warhammer, and a handful more. The games with issues have all been downloaded in the past. I've attempted this multiple times and the error occurs reliably. It also isn't a matter of time, as I have seen this cycle replicate several times over about an hours period on several occasions. It will not stop unless I do so manually. I also know that download status is not false, since I can see essentially completely downloaded files in my steamapps\downloading file. I even tried to run the games' .exe from there, but I get an error. Below are several images showcasing these issues. If it was my internet, why would it only throttle at the end? And why would larger games download without issue? Or why would internet speed affect the game being written to the disk? My gut is telling me there is some sort of local issue with Steam itself, but I have no real idea.

I'm lost. I'm not a computer expert by any means, but I am very good at following directions. I haven't found this exact issue anywhere else. I would be very thankful for any aid. 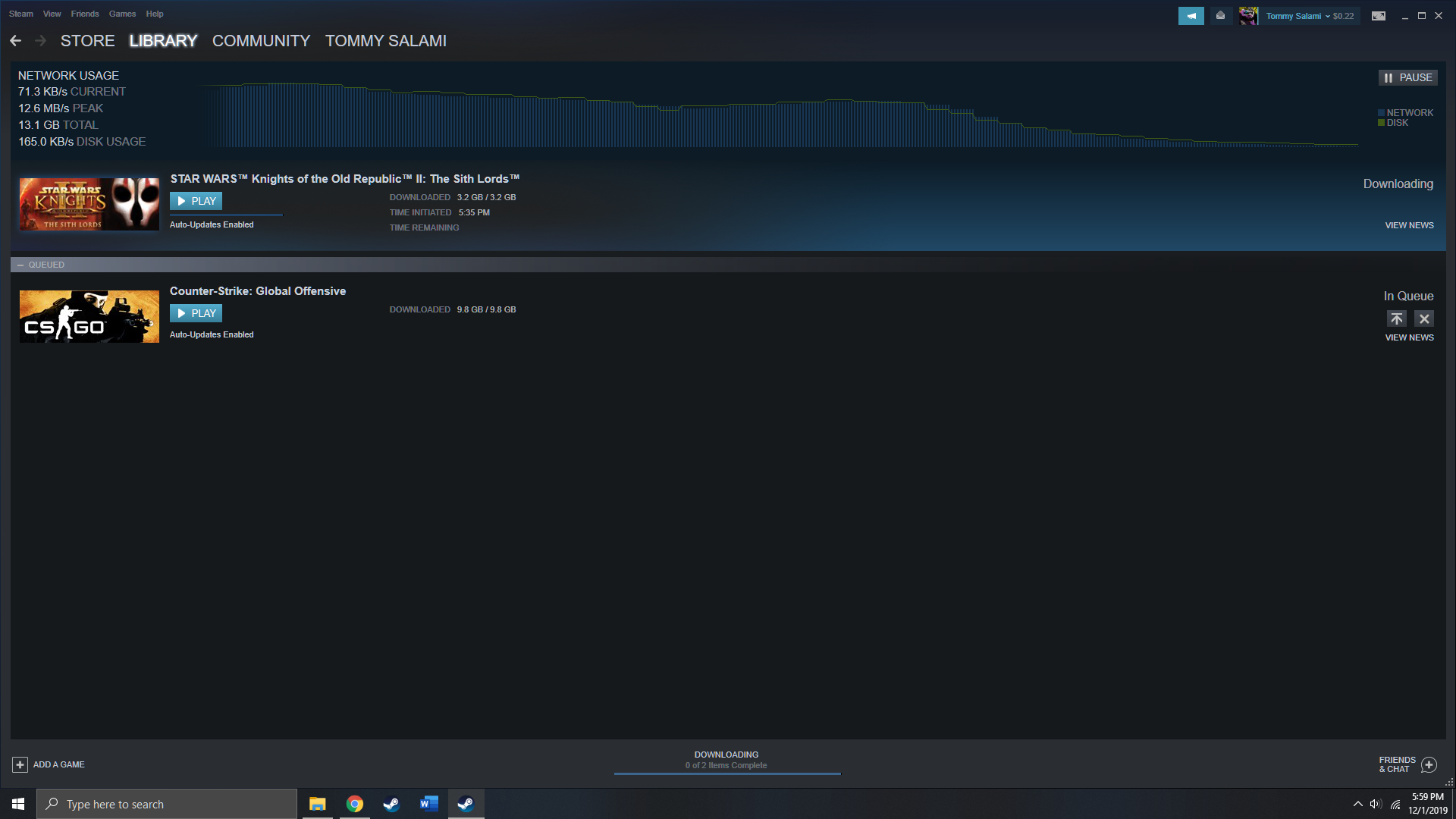 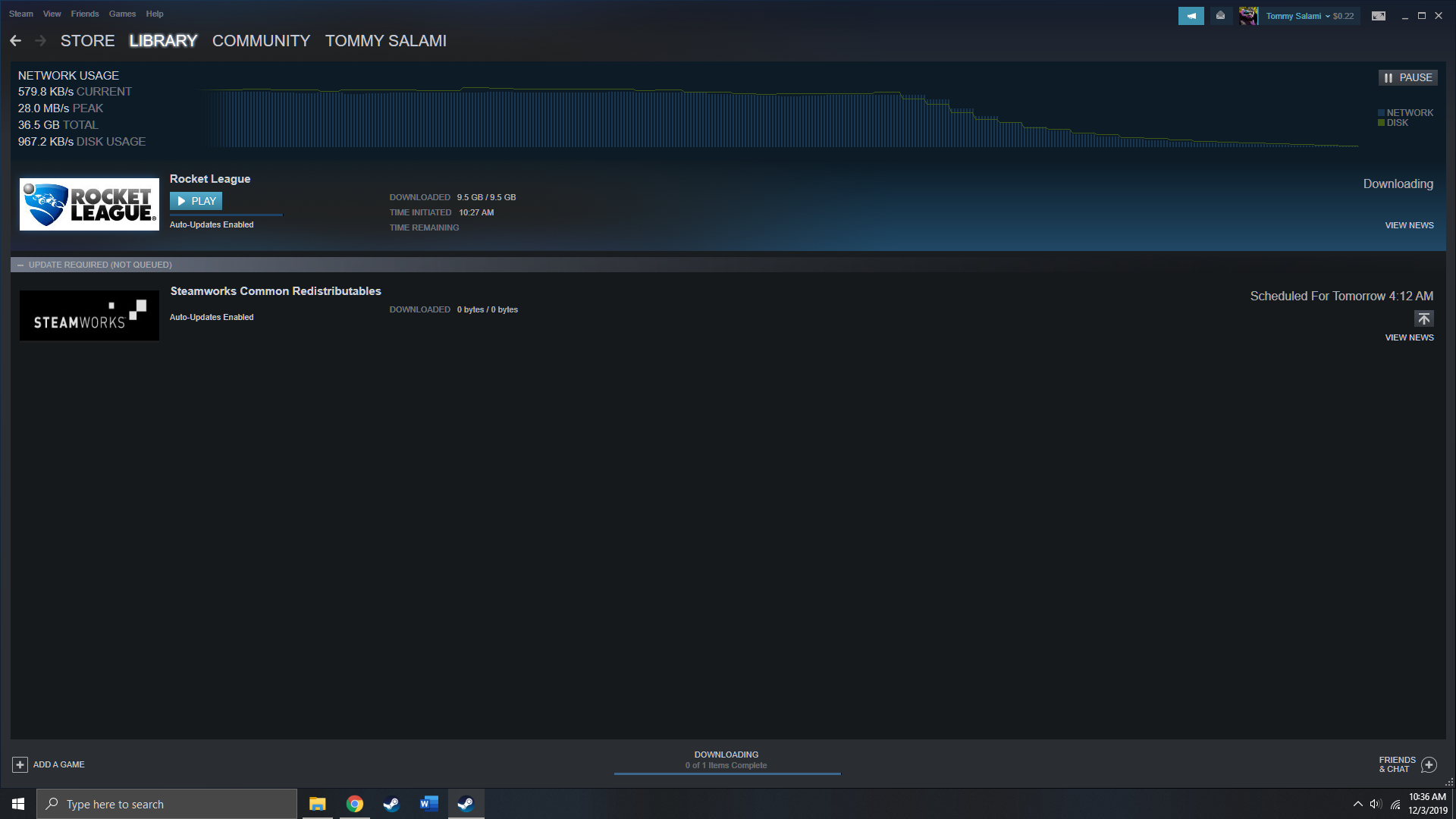 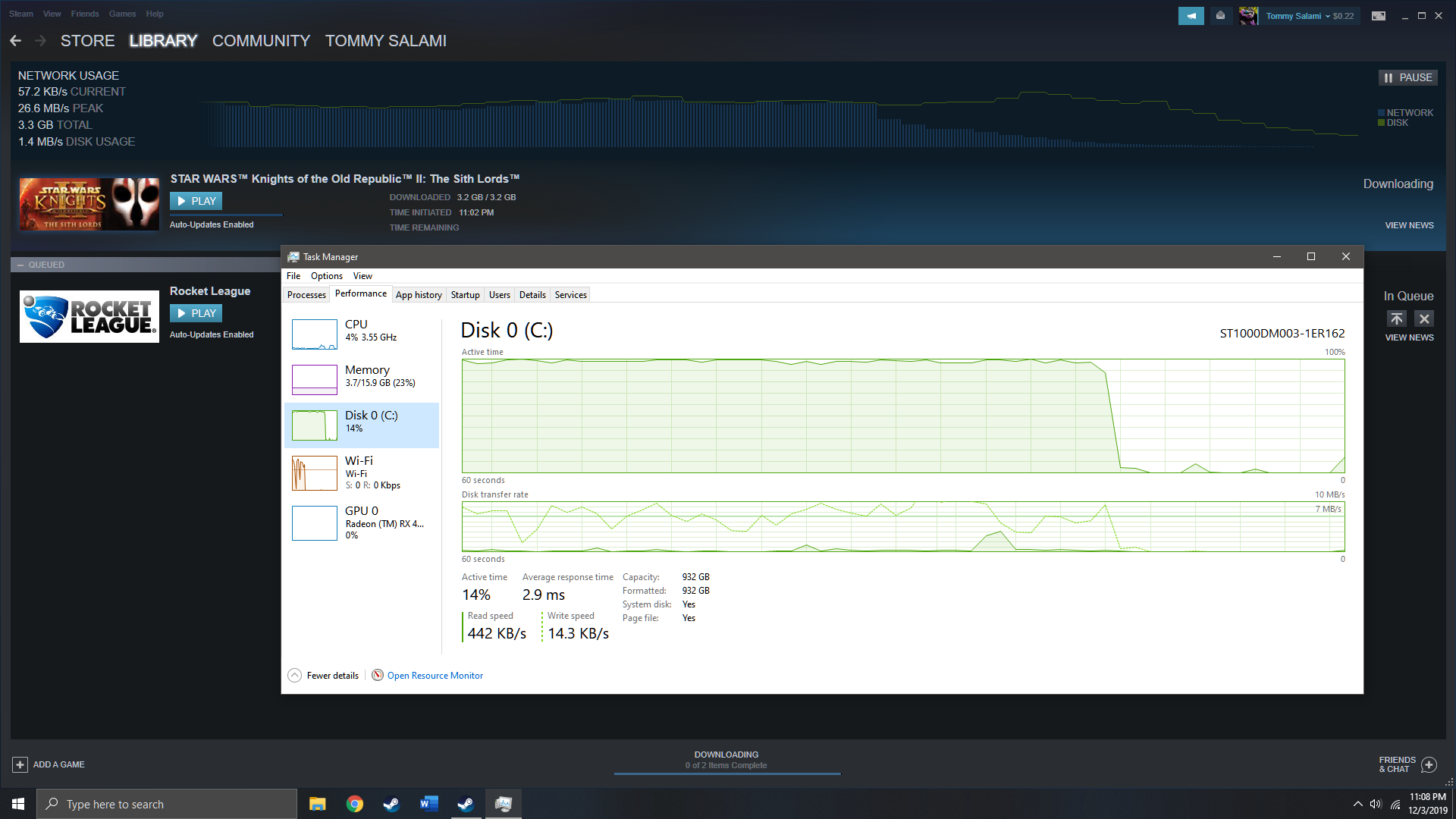 Just to rule out that the OS is not playing tricks on you, have you tried working with other game titles outside of Steam? Also make sure you're on the latest BIOS version for your motherboard. Which version are you for Windows 10?
0
T

I was just able to download Assassin's Creed 4 Black Flag via Uplay with no problems. I am running Windows 10.0.18362. My MOBO is a MSI x470 Gaming plus (MS-7B79). According to System Information, my Bios is American Megatrends A.40, dated 6/28/2018, the most recent looks like version AG, released 11/12/19. I don't think I've ever flashed a bios, but MSI's how-to looks pretty straight forward. Their website is also suggesting I also update my chipset drivers before the bios. Should I go ahead and do that?
0

You mentioned "checking firewall and anti virus." What have you done/tried in that department?
0
T

Ketchup79 said:
You mentioned "checking firewall and anti virus." What have you done/tried in that department?
Click to expand...

I've both run scans for viruses and malware, and I had temporarily disabled my firewall/anti-virus to double check that it was not at fault. Steam is set as an exception anyhow, but I wanted to be thorough.
0

What AV do you have installed?
0
T

Ketchup79 said:
What AV do you have installed?
Click to expand...

I just use Windows Security for antivirus, MalwareBytes for malware.
0
T

Lutfij said:
Just to rule out that the OS is not playing tricks on you, have you tried working with other game titles outside of Steam? Also make sure you're on the latest BIOS version for your motherboard. Which version are you for Windows 10?
Click to expand...

Do you have an extra drive? Install Windows 10, Steam, and at least one of the problem games. If it works, at least it would narrow down the problem.
0
T

I have an external drive that is mostly just movies and tv shows, but I'm going to hold off on that. Steam finally got back to me with some actual help, saying it might be an intermittent network issue. That might be the case, since I am on a college campus. I've found an ethernet plug nearby and I'm going to try to contact the IT department to see if they can activate the ethernet for me. Or if they can verify any of the required ports are blocked. Though it strikes me as strange that this is only the case for some select games, not all of them.
You must log in or register to reply here.
Share:
Facebook Twitter Reddit Tumblr WhatsApp Email Link