Can't for the life of me find an answer online, so maybe someone here has done this.

I'm going to build a new system soon, and would like better audio than is typically offered via integrated sound. My plan is to get a dedicated sound card.

Will I still be able to run my audio via HDMI if I do? Or am I stuck with onboard audio for that convenience, and if so, what are some motherboards to consider with good audio?

I plan on an AMD AM4 based build, ideally using micro atx. I don't plan on over clocking so I'm not likely to need an extreme gaming motherboard. And when it comes to crossfire and such... A nice thing to have in theory but I always end up just upgrading to a card so new/different that I can't use that feature.
0
K

for the hdmi part
if you GPU is dedicated, it will use its own soundcard (it built-on gpu card)
if your GPU is on CPU, then it gets routed through chipset, so integrated realtek gets used

Ah, I actually didn't realize the GPU had a sound card... I've been building computers for well over a decade and I can't believe I never realized that

I guess that answers my question... Unless there's a way to make my graphics card act as a bridge of sorts.

I do have a good receiver and speaker set up, so audio even from a crummy card will still be serviceable, even if somewhat hampered by the audio card.
0

Yeah, Hdmi audio from a graphics card works well. I used to do this years ago before i got a 144Hz monitor. Had a GTX780 hooked up to a Yamaha with 7.1 surround and used the TV as a monitor. Only negative is can't EQ (afaik) graphics card audio via software, that'll be done on the receiver side.

Think it's possible to run two cables from the graphics card, one for audio and another for video if had a higher Hz monitor and didn't want to be restricted by the AVR's video pass through. Displayport to Hdmi cables can also carry audio if don't have enough Hdmi ports on the graphics card.

Motherboard audio is pretty good nowadays and do have access to EQ software but if want stereo or surround sound will depend on what connection type you'll be using, ie, analog jacks or optical if went with motherboard audio or sound card. No sound card i know of has Hdmi, i'd imagine for cost saving reasons since Hdmi is used for video as well.

If you're content on using the graphics card audio, that's awesome but if you want to go the sound card route and want surround over optical, make sure the sound card has Dolby Digital Live real-time encoding so you'll get more channels over optical. Optical by default is limited to 2.1 PCM unless the signal is compressed to fit over the cable, which is what sound cards with DDL does. I don't know of any motherboards with this feature, there could be but im guessing for licensing reasons, probably not, not the mid budget boards anyhow.

Example of a sound card with DDL. 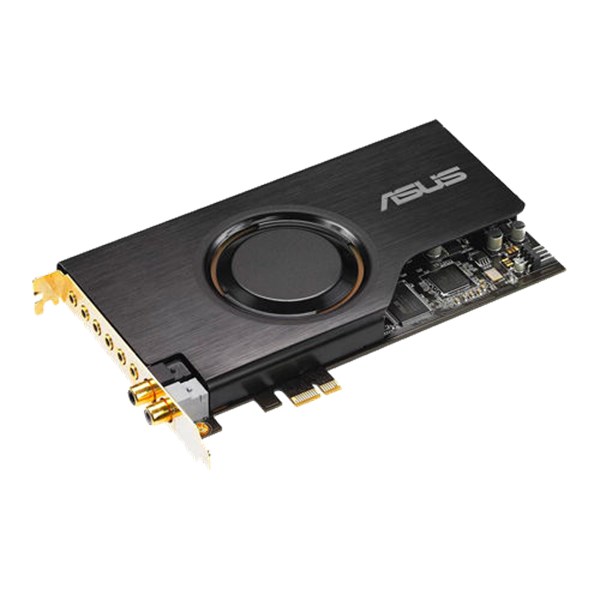