I have a Adata SX8200 with a gigabyte aorus ultra z390 running bios F10. Windows boots fine, zero problems with that but the drive doesn't really show up anywhere in bios.
Shows up under intel rapid storage but not under the nvme category and not in any of the m.2 slots despite it very clearly being in the M2A slot (board has 3 M.2 slots).
Shows up in device manager in windows as "Adata SX8200PNP"

Adata's own toolbox software doesn't recognize the drive despite the software being installed and running off that drive.
No other storage devices current plugged in.
Only PCI device is plugged into PCIEX16 slot
Just trying to update the drives firmware lol. 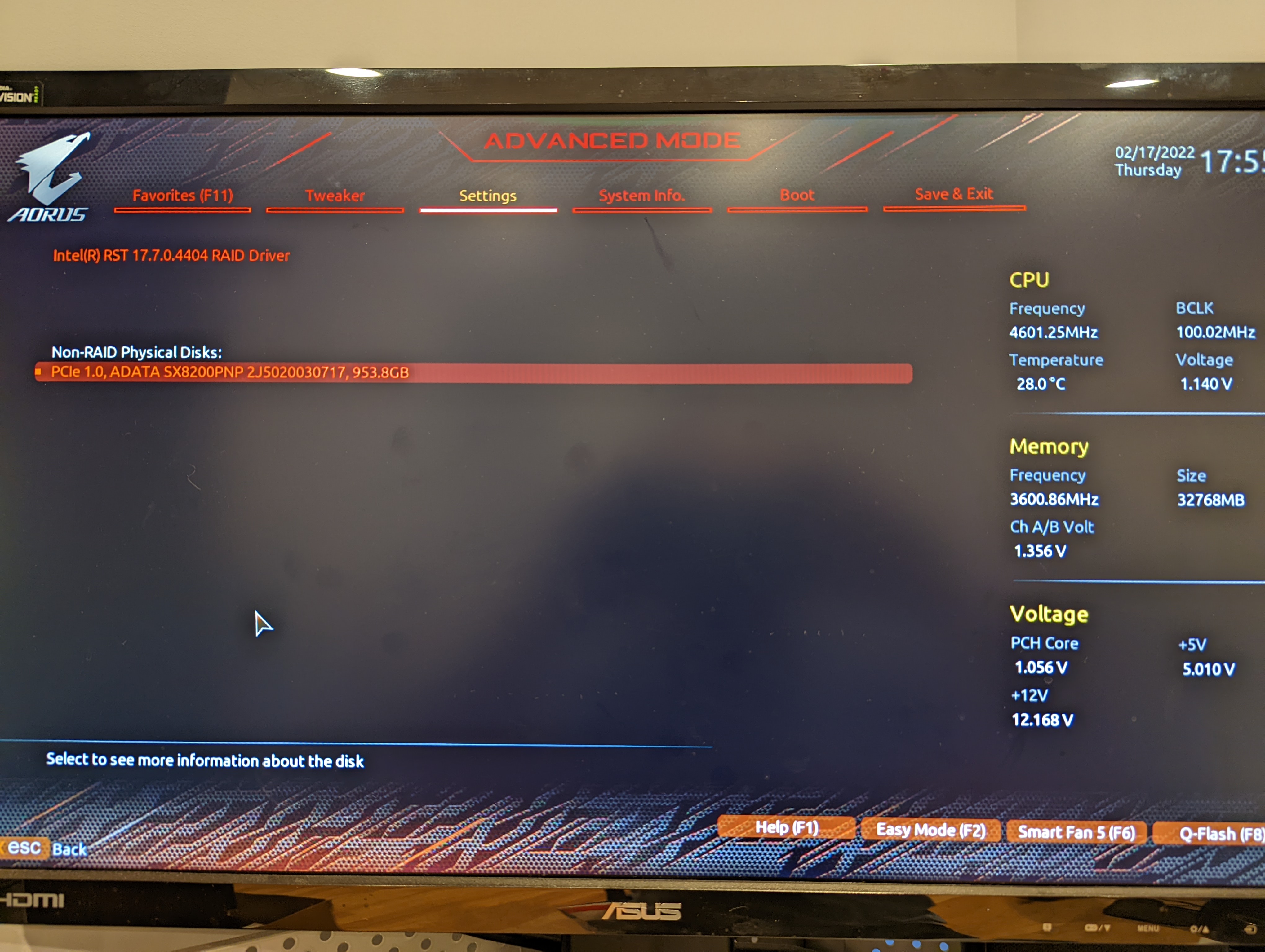 seems its a raid drive, even if its by itself in PC. it obviously works since you booting off it
In bios/advanced mode, does it appear under Peripherals tab/EZ Raid?

you won't be able to flash it if its seen as being raid.
not sure why it would use it if its all by itself.
You must log in or register to reply here.
Share:
Facebook Twitter Reddit Tumblr WhatsApp Email Link