Hello, in the last few days I've started to experience some sort of frozen screen (only during games). And after watching several videos in YouTube I've come to the conclusion that this is actually stuttering. It happens exactly like in this video (but way less times):

I've seen that stuttering can be caused by problems in CPU, RAM, Graphics Drivers and HDD. I've already discarded CPU and RAM, since my CPU is at normal temperature (76 Celsius degrees) and my games allocate only about 2 or 4 GB of RAM, so it never gets at 100% of use. However, I've noticed that this stuttering issue began after I did two things. The first one, right after I updated my Graphics Driver (it is the correct one, as I'm updating through GeForce Experience). The second is, I've never saved anything manually on HDD, until last week, when my SSD couldn't store gameclips anymore, so I started storing it in the hard disk. Additionally, I've also noticed a peak at 100% of HDD in the task manager. I didn't screenshot it, but here are all performances if you want to: 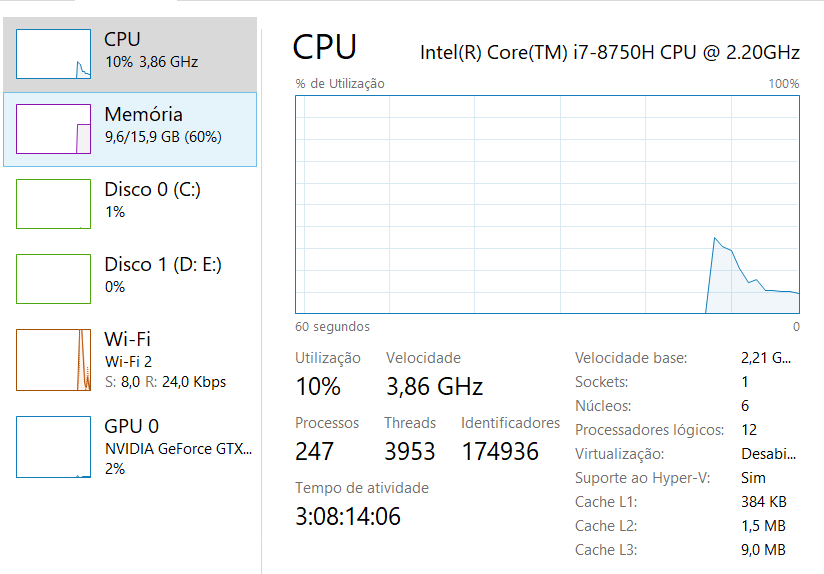 Although the stuttering in my case doesn't happen frequently, it has become annoying since it already happened in many crucial moments of the game. I really want to get this solved as soon as possible as I still plan on using my laptop for at least half a year. Thanks a lot for your attention!
0

Id' advise on first making sure you're on the latest BIOS update for your laptop. If you have a number of versions between the version you're on right now and the version that is latest, gradually work your way up to the latest. Once done, make sure you're on Windows 10 20H2, which is the latest version for the OS. Following that, use DDU to uninstall your GPU drivers, then source the latest drivers from Nvidia's support site, install said driver in an elevated command, i.e, Right click installer>Run as Administrator.