When I saw the Aurora R13/R14/R15, especially from the sides, I believe that the Aurora include notes from a design that I submitted back in May 2020.

It can be noticed that both cases generally share a resemblance in their outer structure, mainly from the sides. The most standing out feature is the leaning of the case from the front to back. This particular feature is described as a "unique touch" among several reviewing articles over the internet:

The extending protrudes from the red side of my design is morphed in the back of the Aurora R13/14/15. The protrudes provide my design a unique look, which makes it a substantial feature of the design. Furthermore, the idea to have the back sides of the case show different shapes is also there, so the back of the red side of my case would show the protrudes (as to when removing the detachable cover of the Aurora) and the yellow side of the case would not show the protrudes (as to including the detachable cover in the Aurora), which is clever: 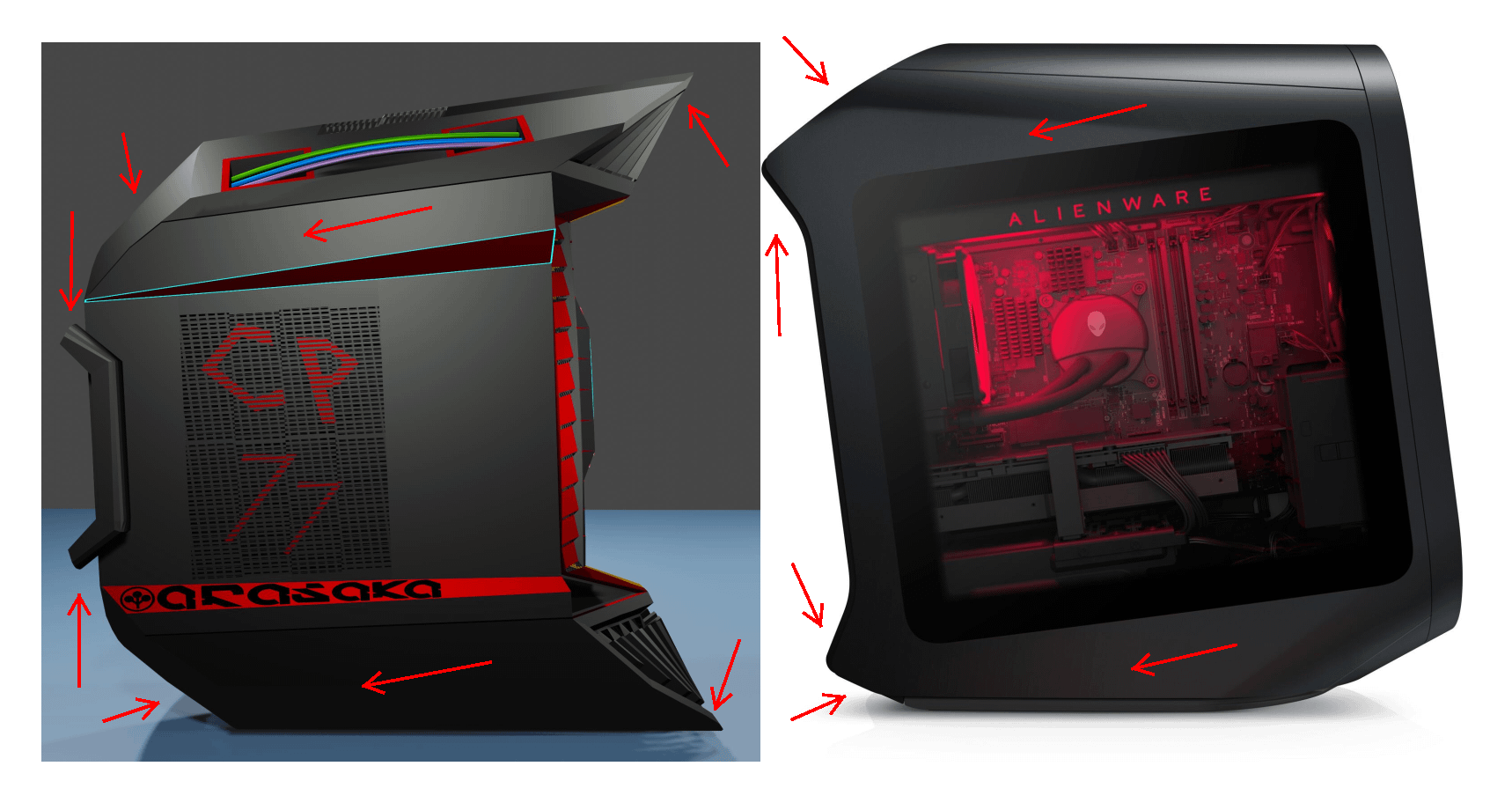 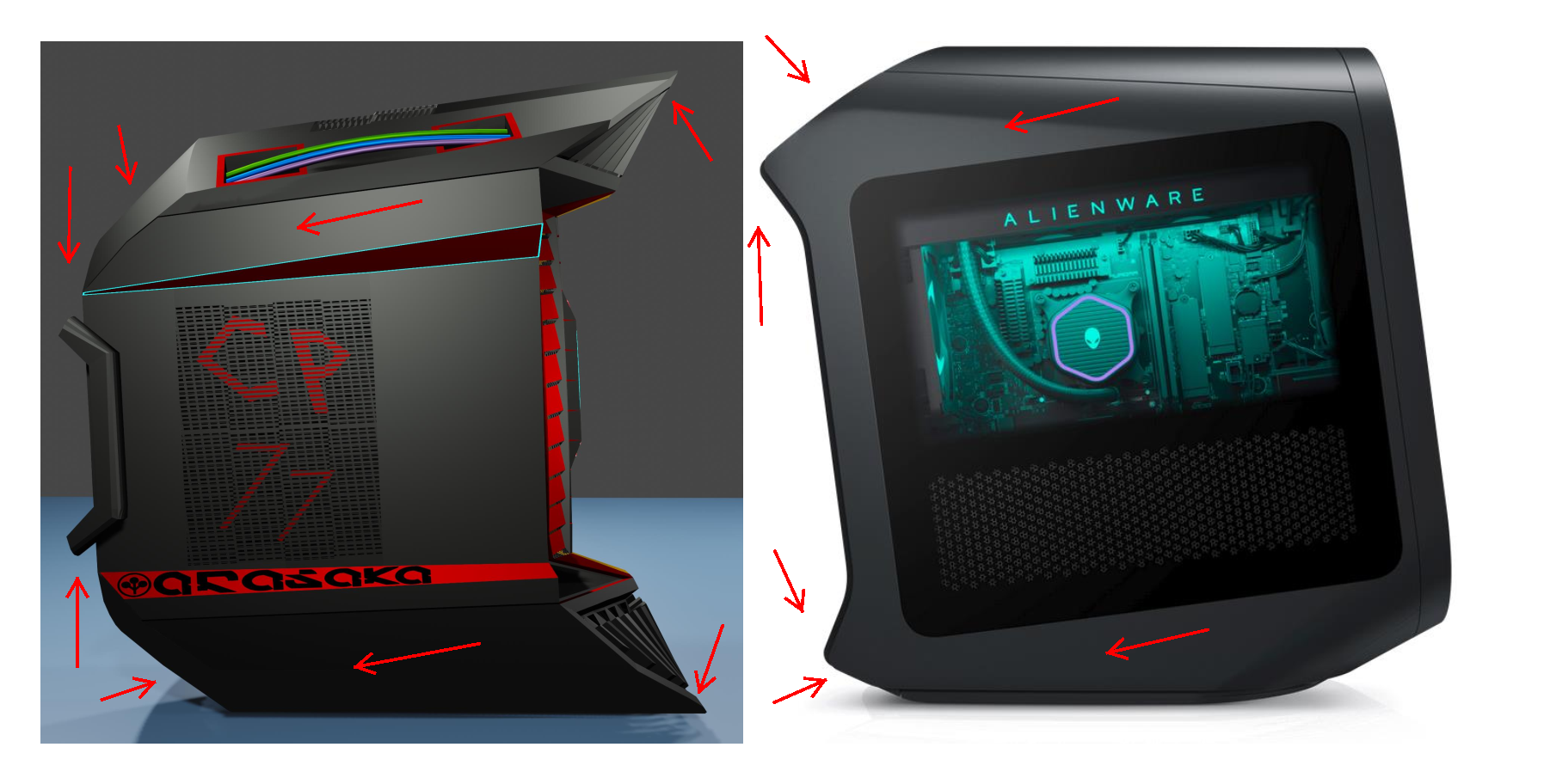 The most substantial feature when looking at both designs is the leaning of the computer case from the front to back. This is due to having this particular aspect of the design not only on the exterior of the case, but also on the interior of the Aurora R13/R14/15, which makes it a core feature of the design that when excluding it from the Aurora it will noticeably change its looks and specs. Similarly, excluding this core feature from my design will drastically change the aesthetic look of the case: 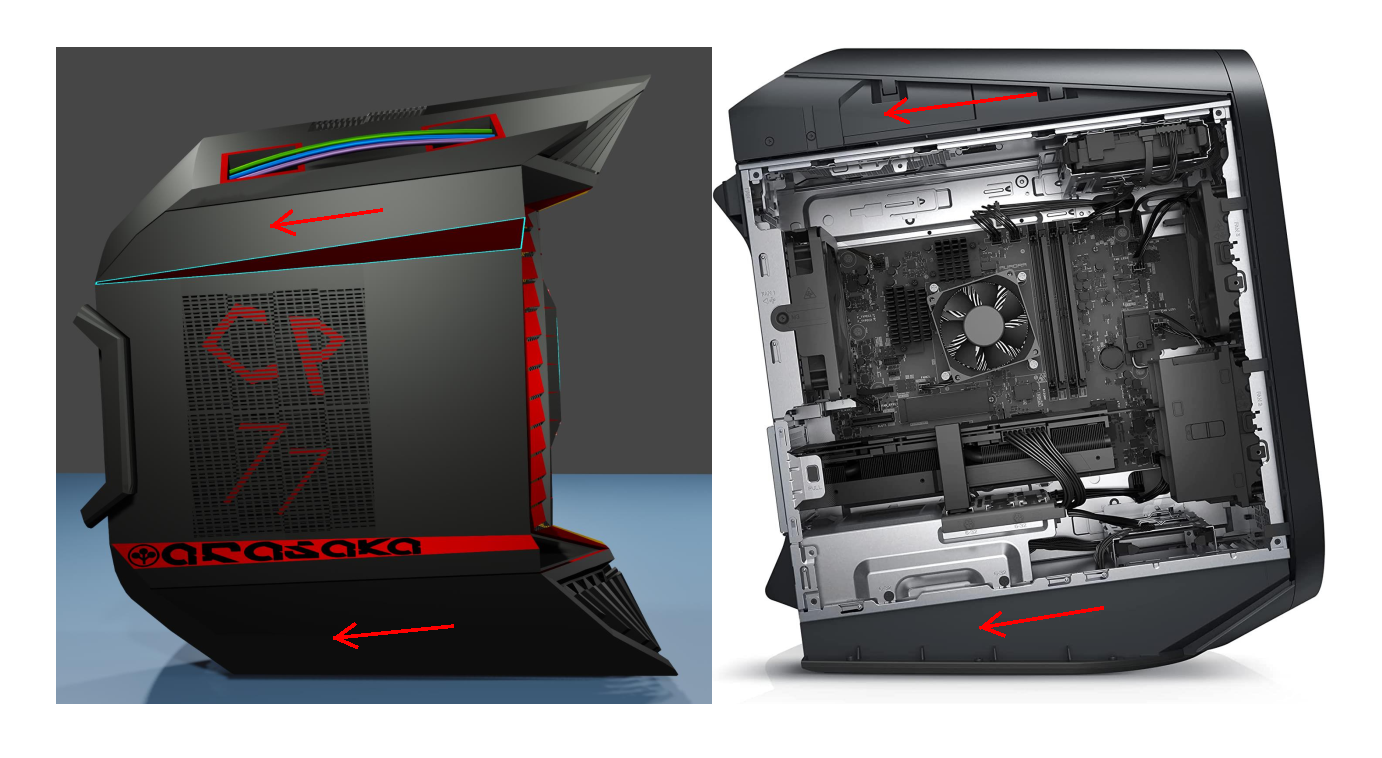 There is also a minor detail concerning the relocation of the front USB slots from the middle to right front of the Aurora R13/14/15. This feature is also noted from technical reviews made for the Aurora. Although this detail on its own does not say anything as anyone could do that, but when added to the overall comparison it further demonstrates the notes taken: