I configure left tilt to up arrow and right tilt to down arrow, but it is not same because it changes cursors position (for example writing). 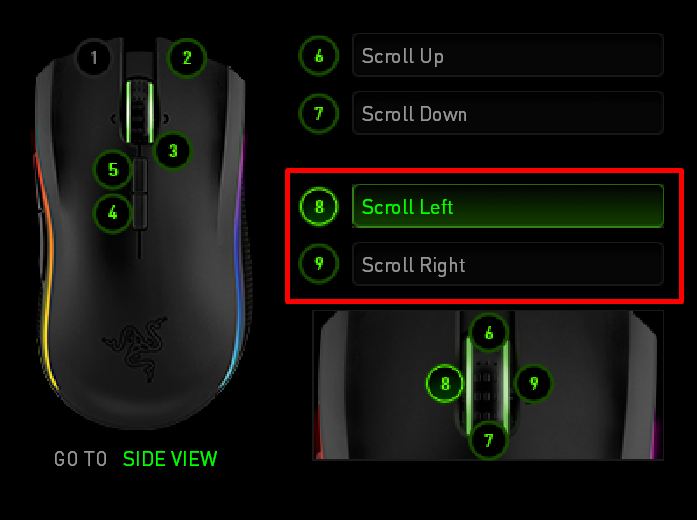 I did not do any special settings for this feature. Although settings are the same, I could scroll like two finger gesture on touchpad. I think it was about touchpad's driver or something. But how can I replace this feature to scroll vertically with tilting mouse wheel?

You don't tilt the mouse wheel for vertical scrolling, you simply turn the mouse wheel without tilting it, just like any mouse which has a scroll wheel. Does this not work on your mouse?
0

Standard feature on most mice that have a scroll-wheel:

On an empty part of a web-page, press-click mouse wheel. You should see circle with two arrows on the screen to remind you you're mouse is in autoscroll mode. Now just move mouse up and down and page will scroll accordingly.

Yes thank you, I think there is no way to stimulate two finger scrolling on a mouse buttons so far. I just wanted to configure that gesture to a button.
You must log in or register to reply here.
Share:
Facebook Twitter Reddit Tumblr WhatsApp Email Link