Question Time to buy a new keyboard; Silent; per key back list

I have a Logitech G105 keyboard, which I love. Silent, has per key back lighting with off, low or high levels. Also has 6 macro keys.

I am looking at replacing it but I don't want something noisy. I bought my son a Logitech G910 Orion and I can hear it clacking 50 feet away, even with his door closed. I haven't been a fan of Mechanical keyboards as a result.

I do some gaming (not FPS), but mostly typing whether it be programming or office applications.

I am not a fan of RGB. I think it's meaningless bling that does nothing for performance. So I'm not interested in something with 16b animated color patterns and effects that are going to distract me from the screen.

I use per key back lighting because I work with the lights off so I need to be able to see the keys. I'm not a touch typist. My preference for backlight color is blue or white, but definately not red.

Prices here are double everywhere else. So what you can get for USD$50 I will probably pay A$99-A$119. Price isn't the deal breaker though - the noise and no-bling are the key criteria.

It's a keyboard. It's job is to type letters onto somewhere. I shouldn't have to install a piece of software that I can't use unless I'm logged into and account on the internet (Razer Synapse comes to mind).

What would you recommend?
0

When you say "per key backlight" are you looking for controlling each key separately? That would be an RGB keyboard. If you just want a dome keyboard with a same lights for all the keys then really anything you pick would work but it's as easy to find a gaming dome keyboard than a business one with a single color option. Razer Cynosa Lite is pretty cheap, Redragon K512 Shiva, this Logitech but price seems a bit high for a dome keyboard https://www.logitech.com/en-us/product/illuminated-keyboard-k740?crid=27

You can also take a look at some mechanical keyboards specifically with Silent keys. There are tons of different mechanical keyboards, really the only loud keys are the blue and green types. Sure most are louder than the dome or scissor keys but for that you gain the benefit of a much better feel.

Not sure why you think the Romer G keys in the Orion are loud, I am using those keys now (the Pro keyboard with Romer G keys) and they are very reasonable, quieter that many mechanical keyboards that don't use specifically silent keys. Your son may be pounding on the keys, normal typing sounds from my keyboard I doubt you can hear from the next room. In fact I use it with my wife in the same room while she watches TV and it does not bother her.
0
I

No. There are three types of Backlights. An underglow which is a single color that illuminates behind the keys. Makes it very hard to see the keys and is often found on cheaper keyboards. Then there is per-key illumination where there is a small led behind each key. The letters on the keys are translucent so the color shows through. An example is the Logitech G105, and the K740 you linked to. These are a single color. Some times they can be set to different levels of brightness through a switch as with the G105. (Off, low, high).

Then there are the worst kind. Those keyboards that require a software package to work, that require an active internet connection and being signed in BEFORE you can customize the RGB bling and can have different colors per key, different animations and all sorts of bling. Such software packages are massive bloat, such as Razer Synapse 3.0. That's insane. 300mb of software that chats endlessly across the internet and requires personal information so that I can type? Crazy stuff.

I used to have a Razer Taipan mouse. Had a single color. It died. Bought a Razer Lancehead. It had cycling RGB that I found distracting. The response I got here was that there is no such thing as a mouse that does't have bling and there are no mice that can run without software to disable that bling. 10 Minutes on duckduckgo and I found dozens. The Lancehead went back to the store the next day. I got a 16000 DPI mouse without bling for half the price of the lance head.

Finding a functional keyboard without bling is getting harder by the day. I only need the back light so I can see the letters as I work with the lights off. Having a rainbow pattern changing colors as I try to write code (which I need to be able to concentrate on), or when I'm writing a manual for the software I'm writing drives me insane.

The reason I think the keys on the Orion 910 are loud is because I can hear my son clacking at his keyboard from my kitchen, which is downstairs and his bedroom is upstairs. Door closed, down the stairs and all the way to the kitchen I can still hear him. I often turn on the radio when I'm in the kitchen to drown out the sound. I've watched him type. He doesn't really pound they keys. I've tested the keyboard even soft touch is very loud. It's the action of the keys.

There are so many colors for these mechanical switches. I've looked at dozens of sites and (I think) all brands that are available in Australia (Which is not many, mainly the big 6), and can't find what I want. I love the G105. Soft feel, quiet, membrane keyboard with per key back light. If I could buy another one I would, but they were discontinued years ago.

Unfortunately, all retail stores are closed here. You can only buy online, and the gist of it is that most retail will head in an online only direction, which means I can't go and test different keyboards. With Australia post taking 6 weeks to deliver each direction, and losing parcels all the time, I really don't want to buy something and have to send it back. Also, retail stores here have also denied "change of mind purchases". So unless it's faulty you can't return it anyway. 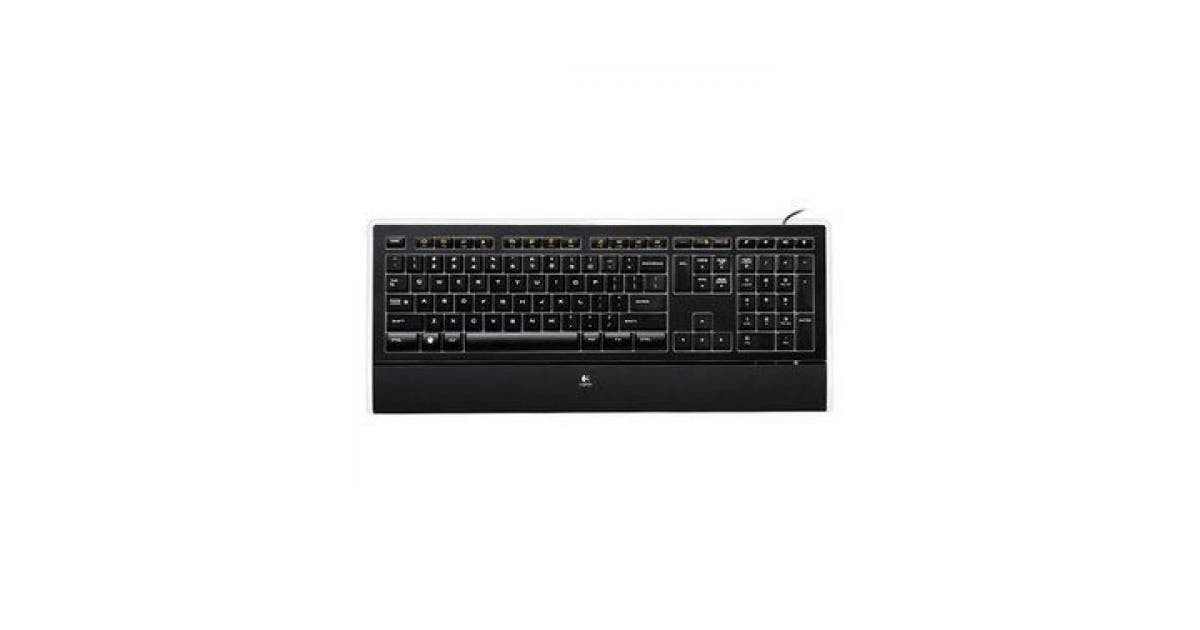 Redragon don't appear to be available in Australia, except through Amazon which are super expensive, but even they say it's unavailable. I suspect I won't be going Razer due to the requirement to run Synapse to tun off the RGB.

We seem to get about half about half the product line of Corsair, Logitech, Razer, Cooler Master, ASUS and Ducky,
Last edited: Sep 25, 2020
0

I use this: https://www.corsair.com/us/en/Categories/Products/Gaming-Keyboards/RGB-Mechanical-Gaming-Keyboards/STRAFE-RGB-MK-2/p/CH-9104113-NA
With the Cherry MX: Silent keys.

Has per key programmable illumination. It does require the use of Corsairs own iCue software, though it does not require a login.
0
I

Thanks for the suggestion. I did see that one. It's about $270 and there are no local retailers that sell it, but that doesn't really matter. As soon as I saw iCue though it was struck from my list.

iCue is about 900mb installed. It's very resource intensive and runs at a constant 6%-7% CPU. I have several corsair coolers and PSUs so I've had experience with iCue. It's also very, very buggy. I ended up going back to an unsupported CorsairLink package to control my fans. 40mb, 0.5% - 0.7% CPU.

It's possible I could install it, set the profile to single color, save the profile and uninstall the software. I suspect though that the software would need to be running. The web page does say that the keyboard has 8mb of storage for profiles. It's a big risk though to buy one, if it requires the software to keep the color static then I'm stuck with it.

With all due respect to everyone who is offering suggestions; I'm looking for a keyboard. Something to type with. Having to install massive bloat and telemetry riddled software packages just so I can type just seems totally absurd to me. Maybe I'm old fashioned.

Lol. This shouldn't be so hard

Easy to find a basic use keyboard, go to whatever place you can buy from, sort by the features you want. If you don't care about the keys past it being quiet then any dome/membrane/scissor switch setup will be fine if it has the lights you want. Easier than others guessing what the prices may be in your area or what is available or what you want to put up with as far as software or other options go.
0
I

hang-the-9 said:
Easy to find a basic use keyboard, go to whatever place you can buy from, sort by the features you want. If you don't care about the keys past it being quiet then any dome/membrane/scissor switch setup will be fine if it has the lights you want. Easier than others guessing what the prices may be in your area or what is available or what you want to put up with as far as software or other options go.
Click to expand...

lol. Can't go anywhere. All retail stores are currently closed and there is a 5km travel limit enforced.

Fair enough. I was hoping maybe someone had such a keyboard and would be willing to share feedback. Despite the vast numbers of people frequenting the various forums I've posted on I've yet to get a single recommendation other than "Go check them out for yourself".
You must log in or register to reply here.
Share:
Facebook Twitter Reddit Tumblr WhatsApp Email Link