I have the ARCTIC Liquid Freezer II 120 connected on my aorus b450 m there's no pump header so I have it plugged into the cpu fan Header but in the bios it reads 0 rpm under the
smart q fan control,id like to know two things 1 can I safely assume that the pump is powered.

even though thers no rpm read , and if I set the cpu fan at 50% in the fan graph from 20c to 35c an then up to 60% from 35c an up to ramp when needed can I safely assume that the pump is doing that
or I'm I wrong with both assumptions , an if so should I plug the aio pump into the sys fan header instead to get desired results.

I'm not using the stock aio fan I'm using a noctua 120mm industrial 3000rmp model for a pull config an I have it plugged into a Silverstone fan splitter/hub not though the aio's fan passthough connector as to aio's pump rpm is stated as a max of 1800rpm vs the fans 3000rpm. 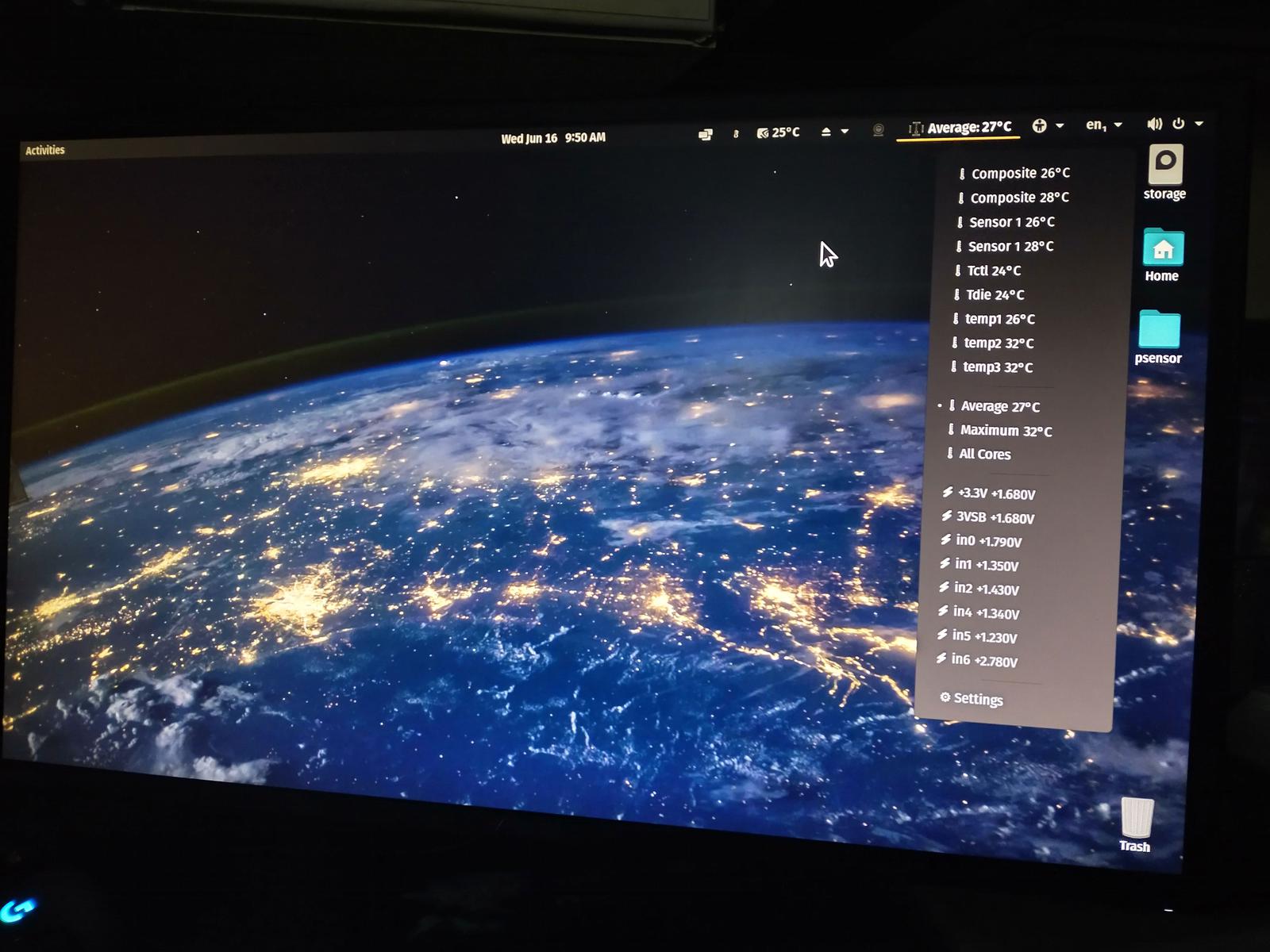 id to i know some not all especially the two the seem to be fixed at 32c should i be worried that they dont seem to move what are they to
Last edited: Jun 16, 2021
0

you need to have the AIO fan plugged into the CPU_FAN header.

use any other fan header for the 4pin pump cable and set it to 100% DC in settings.


en4l4ss3pucikills said:
I have it plugged into a Silverstone fan splitter/hub not though the aio's fan passthough connector as to aio's pump rpm is stated as a max of 1800rpm vs the fans 3000rpm.
Click to expand...

this doesn't exactly make sense.
the cooler's fan and pump PWM readings should have nothing to do with each's speed limits.
they should be read & controlled separately with separate cables\headers.
0

en4l4ss3pucikills said:
well right now the aio's plug in on the cpu fan header can i assume the aio is powered
Click to expand...

Judging from your temps, it is powered. A dead pump usually results in high (like 60-70C) temps in idle, and putting a moderate load would certainly drive the CPU to dangerous temps. I've forgotten to plug in my AIO from time to time, and everytime it results in abnormally high idle right after startup and the fans going nuts.

Your AIO has 3-pin pump header right? It should be on 100% speed all the time anyway. Let the fans do the rest of the job of ramping up and down.
0

ok , the reasson i want to control the pump speed is iv reviews that suggested that running the pump at 50% was not only better for the lifespan of the pump long trem but also

en4l4ss3pucikills said:
ok , the reasson i want to control the pump speed is iv reviews that suggested that running the pump at 50% was not only better for the lifespan of the pump long trem but also

so if i can with the new aio from the same brand id like the option to try
Click to expand...

I don't know enough about fluid dynamics and their thermal transfer rate (especially for this small of an application), but from what I've gathered the common wisdom is if you have 3-pin pump, let it maintain constant speed, if you have a 4-pin pump, then it's designed to manage its impeller speed.

I'd argue that for a DC motor in a 3-pin pump it's better to have it at constant speed; and at maximum load naturally you'd want high speed.

You can, actually, control a 3-pin pump. Just set the corresponding header to DC or voltage mode in the BIOS. Same method as controlling fans through BIOS. Personally with a 120mm AIO I won't expect much other than maybe reduced pump noise.

As for longevity, the AIO I'm currently using is an old model from 2013, bought used for dirt cheap. Still alive and kicking without any weird noise, it just needs some topping up since I can hear fair bit of sloshing when handling the unit. Anecdotal, yes, but surely if my old, used, low-end AIO can do it, why can't an Arctic unit?

I don't think you can cool Ryzens properly on idle --it boosts far too quick for any mundane cooling to cope with. The most we can do is use watercooling to buy time so the fans don't ramp up and down like mad (that, or use a large, preferably single tower cooler, with a good amount of offset on the fan curve).
0