While I'm using my computer, I will randomly hear the sound that the computer makes when your connecting/disconnecting any USB device. I wasn't able to single out which one was crashing until I downloaded USBLOG.

Now that I have I found out its literally everything that keeps restarting.

I noticed that this issue also never occurs while I'm playing any games. I built this PC my self so I may have messed something up, but for now I don't think it was an installation error...

This is the picture of the devices restarting. 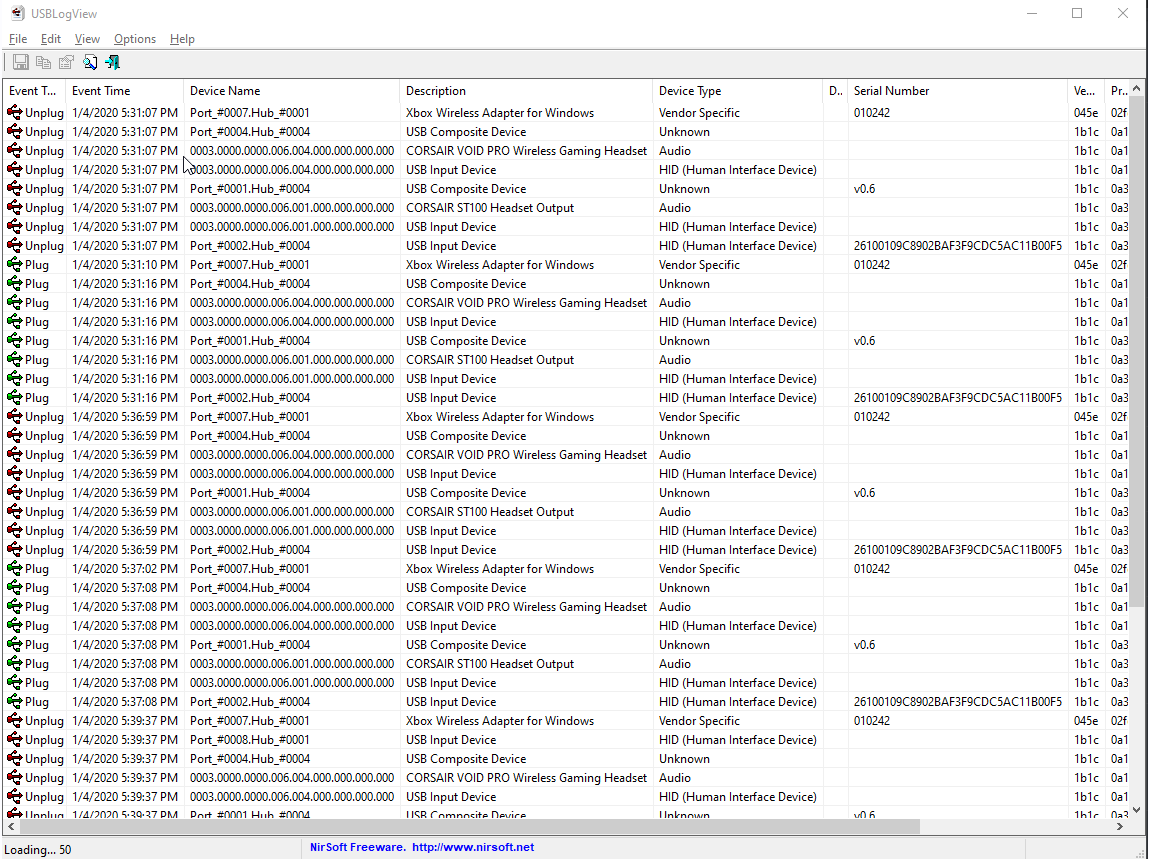 I've had the system running for a while now. It's been on for 2 hours and this has only happened three times (near time of boot) and hasn't occurred since.

i used to have something similar, ive resolved it by disconnecting everything connected to usb (keyboard, mouse, bluetooth, etc)
then connecting one thing at a time (with delays) to see when usb starts to reset
and find out it was doing front panel usb 3 panel (even when no device connected to it)
You must log in or register to reply here.
Share:
Facebook Twitter Reddit Tumblr WhatsApp Email Link