so basically, Intel pays the bills and under their old scoring metric AMD was dominating all the top positions, threatening their sugar daddy.

see? this story was needlessly long, whats actually going on is much more simple.
Reactions: Thunder64, Dannyboyo2, boju and 8 others

userbenchmark.com is, and has always been, a very weird, very flawed 'benchmarking' tool.

"Way below expectations" and "Excellent" on the same component in the same system.
Which is it?
Reactions: artk2219, jimmysmitty, TCA_ChinChin and 3 others

Really, the switch is such a joke. Very fishy of changing it right after the 3000 launch.
Reactions: TCA_ChinChin and AS118

That's not how you respond to critics. Whatever stuff the userbench's staffs is taking they need to lay off those stuff. They've inhaled too much hot air of those components
Reactions: artk2219, TCA_ChinChin and AS118

That hideous site should be banned from existence. That site tends to send pretty much every newcomer into the PC industry with more questions frenzy than closure with answers.
Reactions: artk2219, Mandark, TCA_ChinChin and 1 other person

They just misspelled their name uselessbenchmark's.
Reactions: smartcom5, joeblowsmynose, Joz76 and 2 others

I found a flaw in Userbenchmark's logic.

This is absurd. There's barely any difference in single threaded and quad core performance betwixt modern mid to high end desktop CPUs. The lower end models get lower clocks from the factory. For the most part it's going to be a 5% to 10% spread between a Ryzen 3000 and Core i5/i7/i9. Multi-core is the main delineator now.

While it is true that most software won't use many threads. That also means if you don't need multi-core. It doesn't matter too much which CPU you choose. It would be ridiculous to buy a 9900K when a 9600K or 3600x won't be much different.

there is money for anyone to sell themselves. Userbenchmark, did you get enough money to sell yourself? I hope so, because your trust is nullified....
D

That site has always been awful, now they just cemented how absurd they are. A huge amount of people do gaming/streaming nowadays, which can easily saturate all cores.

Another benchmark that unfairly favours Intel. No surprise there. When they realised that AMD's CPUs were crushing Intel's, they were like "Oh we can't have THAT now can we?" and completely screwed changed their alogrithm.

As for people who use userbenchmark to help them choose a CPU... 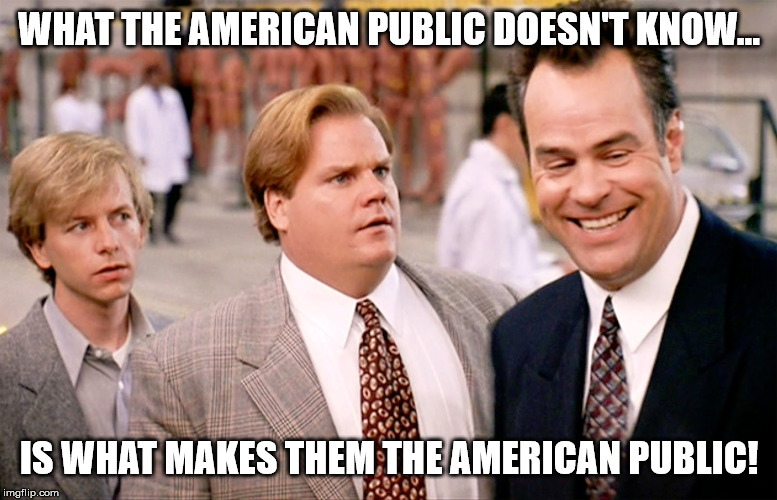 Avro Arrow said:
Another benchmark that unfairly favours Intel. No surprise there. When they realised that AMD's CPUs were crushing Intel's, they were like "Oh we can't have THAT now can we?" and completely screwed changed their alogrithm.
Click to expand...

It's not even that they are fudging the numbers in favor of Intel.

It is that they are fudging the numbers at all.

If it had been in the other direction, it would be just as bad.
A

If they were interested in providing actual results, maybe.

User runs a benchmark
Results show "OMG, Way below! How do I fix this?!?"
They come to a site like this to see what is up.
People here click to go see their results.

Heh, perhaps this speaks volumes as to how good these new Ryzens really are .. did they call Ryzen performance "unrealistic" because it scored so well? That's funny .... and it took lowering MT to a 2% impact.

USAFRet said:
userbenchmark.com is, and has always been, a very weird, very flawed 'benchmarking' tool.

"Way below expectations" and "Excellent" on the same component in the same system.
Which is it?
Click to expand...

The results actually make sense, but are perhaps not presented in the best way. You can have a Core 2 Duo, for example, that's performing "way above expectations" for that processor, but it's performance will still be "poor" relative to most other processors currently in use. The one stat reflects performance relative to that piece of hardware, while the other reflects performance relative to all hardware in that category. Likewise, as per your example, you could have a 9900K that's performing "way below expectations" for that processor, perhaps due to thermal throttling, but compared to other processors out there, its performance may still be considered "excellent". The one example is indicating a problem with the choice of hardware, while the other is indicating a problem with the configuration of that hardware. They explain what these stats mean at their site, but those explanations are kind of tucked away behind tooltips and on other pages where they are not immediately noticeable, which can lead to some confusion, and that's something they could definitely improve.

I actually like Userbenchmark though. It's an excellent tool for quickly and easily assessing whether there might be any issues with the performance of a system, even if you don't have access to that system. Ask someone to run the benchmark and post a link to their results, and you get a pretty full picture of how the hardware in their system is performing, complete with charts depicting how performance of that hardware compares to the overall curve of results from other systems using that hardware. It's also good at providing a rough picture of how one piece of hardware compares to another, even when it's not possible to find detailed benchmarks directly comparing those components. You just have to keep in mind that it's a synthetic benchmark, and the results won't necessarily align perfectly with performance in real-world software.

However, again, the way that information is presented could definitely be improved. They provide a lot of useful data about how hardware performs, but then go on to combine that data to create a generalized number that can in many cases be misleading. That "effective CPU speed index", for example, was never particularly good, ranking processors by a one-size-fits-all weighting system that ignores different use cases. The new changes just make it all the more absurd, but even before, the number wasn't very meaningful and was probably best ignored. Weighing anything more than four threads as just 2% of a processor's overall performance may be silly, especially now that an increasing number of games and applications are benefiting from access to more than four threads, but 10% is also an arbitrary number. Higher core counts may have made their ranking a bit less representative of performance in common software, but that's only because that ranking wasn't calculated in a meaningful way to begin with. I'd much rather see them get rid of that metric entirely, or at least hide it away so it's not top and center on the page.

A better solution would be to replace that single number with the three separate numbers reflecting single-core, quad-core, and multi-core performance, and leave it up to the user to determine which are more important for their usage scenario. Those results are provided, but they are tucked away further down the page, in smaller, less noticeable text. Those numbers are arguably far more indicative of a processor's performance though, so they should be featured at the top, perhaps with a brief description explaining what kind of software each benefits the most.

I will say that their response to the criticism was terrible though. You don't respond to negative feedback about questionable changes to your site by effectively dismissing anyone who complains about them as being an "organized army of shills". Maybe that's not how they intended that to sound, and they were just responding to others suggesting they might be getting paid to change their ranking system, but they really need to readdress their response either way, and reconsider the changes they made in favor of something better.
Reactions: TJ Hooker
J

WTH have you guys done?? Changed your rating system to appease Intel?

1. Multi-core beyond 4 is not relevant? You know very well there are games out there that will tax a 4 or even 6 core CPU to 90%+ and you've chosen to ignore that in your scoring. Your own admission in your response to critics states game developers will/are coding to make use of more cores. Considering the rate of adoption of the new tech, it won't take very long for the software to catch up.

2. Given your scoring system a person you claim to be trying to best serve would settle for a 4 or 6 core part, but where do you suppose the technology is going? Do you honestly think the game developers won't be clamoring to enhance their code to make use of additional cores? Your 'well served' followers would be LEFT WITH OBSOLETE EQUIPMENT in fairly short order and obligated to upgrade to the next short sighted recommendation from you, assuming they place any value on your scoring system any longer.

3. Your statement calls a community of enthusiasts 'organized shills'. These shills and the community at large have a word to label you as well... SELLOUTS!!

CONGRATULATIONS FOR BENDING OVER AND TAKING IT FROM YOUR INTERNATIONAL CONGLOMERATE OVERLORDS AT TEAM BLUE WITHOUT LUBE OR SO MUCH AS A TEAR.
You've been had hard.

Without any respect for your corporate whore-age,

I like to use userbenchmark as a reference and to help point out to others for possible snags in their systems(that background usage thing is handy), but this...
Bloody hell, Intel!
I still hope they'll get their priorities together for 10/7 - whatever nm desktop launch, because as they are now - spread too thin, among too many different markets - crap like this just further hurts their reputation.

The folks that run userbenchmark should've seen this coming, and prepared themselves for the wave of harsh criticism, but they clearly didn't - this reaction reminded me of last year's Blizzcon Diablo Immortal announcement epic fail.

Userbenchark is an odd benchmarking system. The reason for their methodology is defensible. The bottom line is something like PC Mark and 3D Mark are superior.

Also, their response to critics is terrific. When you think you are right, and random people attack you, you should stick your finger in their eye.
J

81% higher benchmark overall, and 81% higher OC benchmark overall. Every single performance metric on userbenchmark shows the 3900x obliterating by massive margins - including single thread, the i5 .... yet somehow they scored the i5 30% higher.

So their "explanation" doesn't even line up with observed results when taken into consideration ...
Now that makes sense doesn't it? Its very clearly not even about single thread vs multithread.

"Principled Technologies" style BS, all over again ... geez, doesn't Intel care about their own brand image at all ffs?

So the Intel shenanigans have begun? Haha.

Userbenchmarks.... how dare you. Your algorithm is now so flawed that a 3800X is supposedly faster than a 3900X.

And how can “multi thread” be scored so low while TONS of applications benefit from multicores? Softwares such as blender, adobe premiere, photoshop, adobe dimension, Excel are just some examples. And are those apps “uncommon”? No they aren’t!

You have been paid, admit it at least.
M

velocityg4 said:
This is absurd. There's barely any difference in single threaded and quad core performance betwixt modern mid to high end desktop CPUs. The lower end models get lower clocks from the factory. For the most part it's going to be a 5% to 10% spread between a Ryzen 3000 and Core i5/i7/i9. Multi-core is the main delineator now.

While it is true that most software won't use many threads. That also means if you don't need multi-core. It doesn't matter too much which CPU you choose. It would be ridiculous to buy a 9900K when a 9600K or 3600x won't be much different.