1. There are a couple of vertical mounting slots all the way at the edge of the back of the case. When you install the PSU shroud, you can screw a riser cable bracket onto a couple of posts on top of the PSU shroud and remove the expansion slot covers for the GPU video ports. The only problem with this is that with the default plate installed on the back of the case, half of those expansion slots are covered up. The only solution is to completely remove that backplate, or get/make a custom backplate. 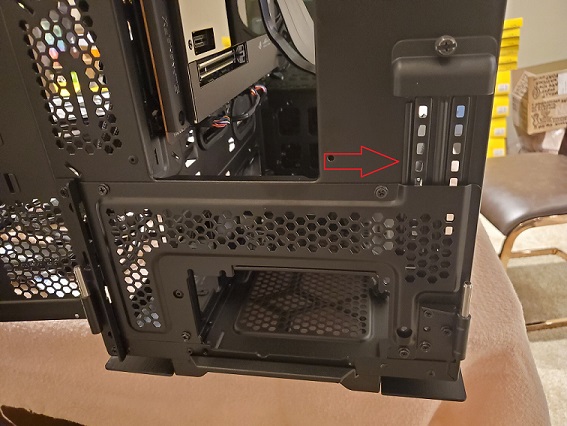 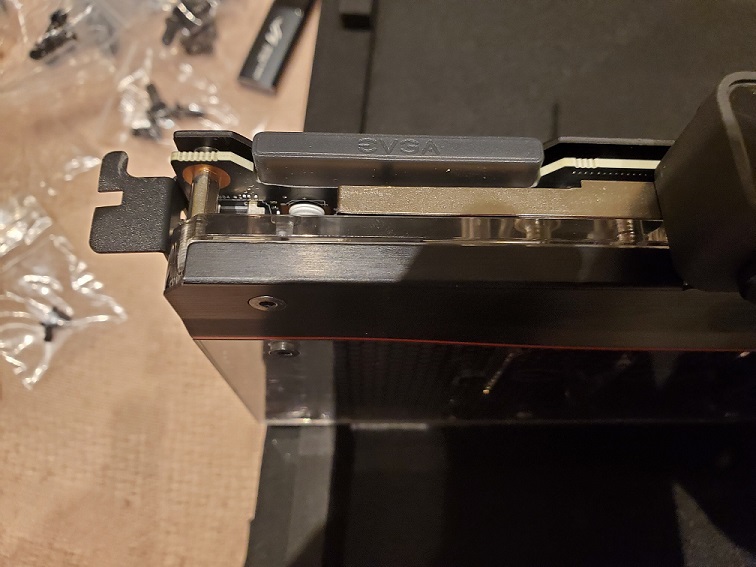 3. I could get a vertical GPU mounting bracket. The best one I've found is here - https://www.ekwb.com/shop/ek-loop-vertical-gpu-holder-evo-gen4-riser - but it's apparently not compatible with my case. According to EK Support, "Unfortunately, the EK-Loop Vertical GPU Holder EVO is not compatible with the Corsair Obsidian 1000D because the case does not have an open rear PCIe I/O slot layout, please check the picture below."

I've seen a number of GPU brackets that would require cutting the metal strips between the empty expansion slots in order to make it work. Note in the below picture that the bracket with the vertical slots can be removed completely. The two horizontal slots at the top are fixed and after removing the slot covers, the metal strips would need to be cut for that whole space to be open. I wonder if the EK bracket would work if these metal strips were cut, or could even fit in only the space where the vertical slots are? Obviously, cutting wouldn't be my first choice, but I'm not really concerned about resale value. I would just want to make sure that the metal is cut properly and without leaving behind any jagged edges. 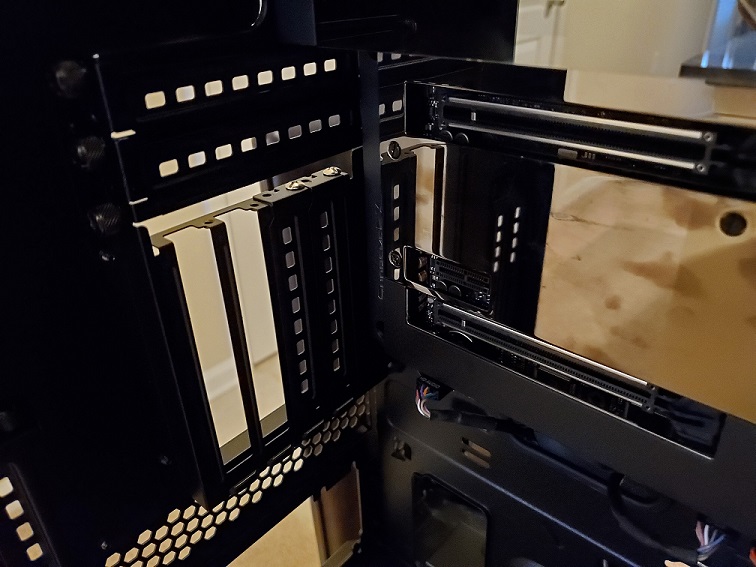