Are we living in a new "golden age" for PC Gaming? Of course, it is impossible to give a definitive answer. The distance of time and a heaping dose of nostalgia are both necessary prerequisites for any "golden age". And, while it may be easy to argue the merits of one generation over another, one thing is abundantly clear: PC Gaming in 2017 is more widespread and more accessible than ever before. The maturation of digital distribution, a new diversity of platforms, and the adoption of x86 CPU architecture by console manufactures have together, created the perfect environment for a PC Gaming renaissance.

PC Gamers have access to more games than ever before, including overlooked titles from past generations and current games that would have been either too costly or too difficult to port. Games are so ubiquitous that you're more likely to hear complaints of having too many games, rather than too few. The number of "good" games is now so great that even the hardest of the most hardcore gamers struggle in their search to find the very best.

To help navigate this brave new world for gaming, Tom's Hardware is in the process of assembling the definitive list of PC games in a number of genres. We've already put a few lists together, but the number of titles is lacking. While the Tom's Hardware Editorial team is few in number, the Tom's Hardware Community is legion. With your input we hope to assemble a list of the best and worst PC games that can truly be called definitive.

Over the next few weeks we'll be collecting Community feedback across multiple categories. Once we have a sufficient number of submissions, we'll have the Community vote on the most popular, with a showcase of the winning games on the Tom's Hardware homepage.

This thread will decide the definitive list of best soundtrack.

To help get you started here are the Editorial Team's list of best PC games with the toughest bosses. Remember we're looking for suggestions that aren't on the list below.


We know that this list is just a start. Do you have any suggestions? Comment below and give us your best picks!

Here goes my submission, one of the best games ever made with a sublime OST, i would even include the DLCs OSTs as well if i could.

Shovel Knight has amazing music. I remember reading a blog post or something by the composer where he said that the soundtrack would actually work on a NES, albeit if it were the only thing on the cartridge.
P

I've lots of great soundtracks in games but don't really remember any right now except this. Hitman Absolution - Action and Instinct. Playing this game I was in some underground corridor with dirty cops blocking my only way out and they can bring the pain. I managed to find a corner wall from which I could shoot and line of sight the cops at the same time so I started killing them and they just kept coming and coming until I killed them all. Pretty much killed off an entire police force of dirty cops to this song and it was epic.
G

I know it sounds very cliche, but with three boys all playing Minecraft together, the soundtrack has really grown on me!

Fist to come into my mind is Street Hacker. While tough game to beat, it's soundtrack is great. Also, i love Romolo Di Prisco creation which includes such games as:
Need For Speed 2: Special Edition
Need For Speed 3: Hot Pursuit
Need For Speed 4: Road Challenge/ High Stakes

I ripped the Interstate '76 soundtrack to mp3 in 1998.
I still listen to those funky grooves all the time. 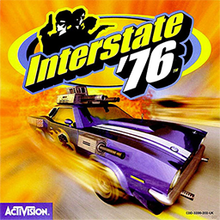 ABZU is a beautiful art project game.
The relaxing music is a big part of it.

JoeMomma :
ABZU is a beautiful art project game.
The relaxing music is a big part of it.

Great choice. This game was such a pleasure to play.

Skyrim is the one that first comes to mind.

The Tropico series also has some nice music, but it feels more repetitive during a three hour gaming session than that in Skyrim.
C

One of the greatest video game soundtracks I've ever heard has got to be Undertale. While the game's fanbase might go to some *cough* extremes, the amount of covers I've heard of its soundtrack is insane. (Do yourself a favor and look up a good piano cover, or even jazz ones!)

Why no Xenoblade Chronicles X D:?

Pretty bad selection for the OST imho. Chrono Trigger is there, which is cool, but what I really want to see is:

0InVader0 :
Pretty bad selection for the OST imho. Chrono Trigger is there, which is cool, but what I really want to see is:

You should have recommended these last week

Kind of pointless if there aren't enough voters. Bad selection of games tbh.

The thread title says "Best Soundtrack", but then it displays a voting menu for "Best RPG".

I don't play RPG's, but I dig the Far Cry: Blood Dragon soundtrack

Best Soundtrack and Nier: Automata isn't even on the list? Seems odd.