Hi everyone. I got a used HD 7750 (low profile, two fans) and took it apart to reapply thermal paste. While doing it I found that the VRAM chips were covered by the heat sink with about 1mm gap between the chips and the heatsink. Since this was a used card I was not sure if this was by design. The reverse side of the heatsink above the VRAM chips had a thin film glued to it, about 0,2mm thick (an insulator?). There were four dark gray rectangles on the film opposite the VRAM chips.

I decided to experiment a little by removing part of the film above the chips and putting 1mm thermal pads on them so they touch the heatsink. After that I got about 84 C GPU temperature under full load (with default fan curve) and 80 C under full load with 100% fan speed. The fans initially were very noisy and I cleaned and lubed them before testing. Not sure if they work at full capacity.

Are these temps too high? Did applying the thermal pads break normal GPU cooling? And of course what was that film under the heatsink?? 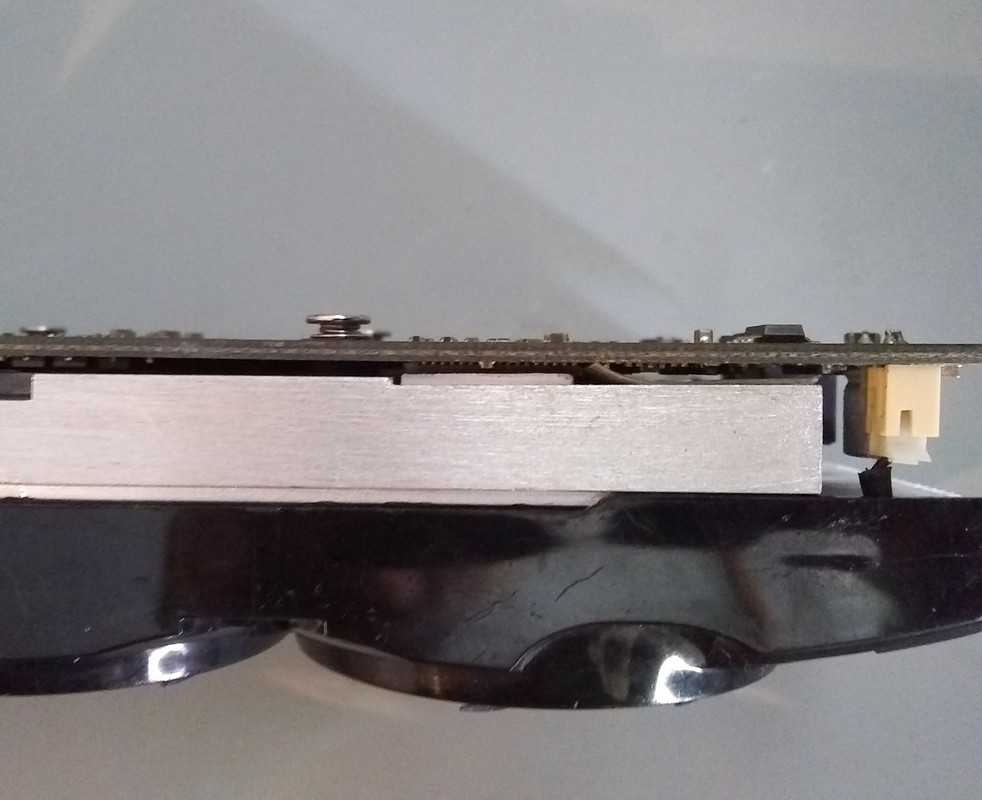 with any card you would need to determine what the default/stock thickness is of any pad you wanted to replace.
Last edited: May 28, 2022
0
S

JohnBonhamsGhost said:
with any card you would need to determine what the default/stock thickness is of any pad you wanted to replace.
Click to expand...

I couldn't find any info on stock cooling design for this card. The thin film under the heatsink did not look like a thermal pad, it was transparent, more like an insulator. That left VRAM chips about 1mm (looks like exactly 1mm without the film) space above for passive (?) cooling. And judging by the dark spots on the opposing film they were getting quite hot before.
0

that really only implies if you are instituting within the device's warranty period.

but still, replacement pads would need to fill that default space...
0
S

Filling the space is not the problem. If the default design did not include the thermal pads for VRAM, then by installing the pads I increased the heat getting to the sink and stock fans may have difficulty doing the job to dissipate it. Either that or the fans lost their capacity. Or maybe I am missing something about that film under the sink.
The warranty period has long expired for this card.
0
S