Question Was set on an AIO water cooler. Now I'm not so sure.

Have been dilly-dallying around buying new parts and having a go at building a PC myself for a few months now... It is to be used primarily for gaming and streaming with some but not a lot of video editing on the side and below is where I'm at.

When I first set out on this journey I knew even less about cooling than I do now and when I learned that you could get super duper easy AIO water cooling units, the biggest one of those, a 360mm, seemed to be the way to go (kid in a candy shop kinda thing).. Upon further research it appears that not only would a 240mm cooler do the job for most CPU's, but that something like a Noctua U12a might actually do a better job entirely.. On any previous PC I've purchased (usually through part picking sites.. I've never really paid attention or learned about the less flashy components like PSU's or cooling and I'd like to change that this time)

Reading up on cases also has me in a bit of a tizzy.. Various youtube videos led me to a Phanteks P400A case, however it doesn't seem to be available in the UK.. So my next choice is the one listed above. I also liked the simplicity of fractal designs, but their practicality seems to lie in extra room specifically for water cooling?

Before I give my response, I'm letting you know that I am someone who personally, isn't too fond of cpu AIO coolers specifically due to all their shortcomings VS air coolers.

Do you plan to get a hot and power hungry cpu like a 9900K, Threadripper 2000/3000, or Intel X299 later on? That's when AIOs make sense from a performance standpoint, simply because air coolers currently can't compete at the level of heat being produced by those cpus.
Below those 'space heaters', air coolers offer the same level of cooling - sometimes better, than AIOs for less; all the AIOs really offer at that range is aesthetics.

a 9900k or something released into the future of the same calibre would be likely yes.
0

Then your only real option is an AIO, or custom loop for a cpu like that - especially if you want to take up overclocking later.
-280mm, no overclock
-360mm, with overclock
Even the top of the line air coolers can barely handle it at stock.

I will say as well, I've thought about an aio. But I've worked on at least one system where an aio leaked and fried a motherboard and possibly a graphics card.

Forgive me for sending condescending as well, but are you within the return period of your 8700k and motherboard? The reason I ask you this is because the AMD ryzen 3600/3600x CPUs which can be had at 200 dollars or just under match and sometimes beat that i7. If you are able to return your cpu and motherboard, you might find you can get an AMD CPU and board for less than what your i7 costs alone.

I have a ryzen 3600 that I got as an upgrade a few weeks ago and am very happy with it. Here's some benchmarks that show what I'm talking about. 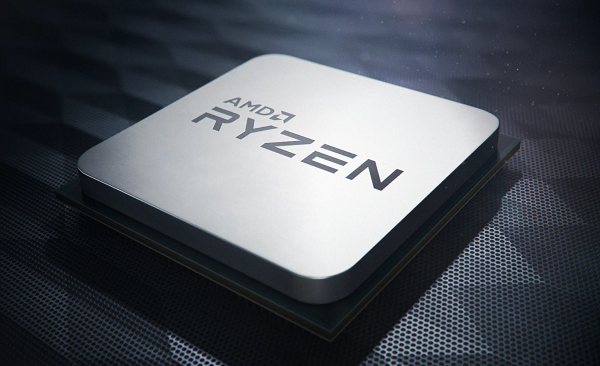 Here we are going to look into the performance benchmarks of the AMD Ryzen 5 3600 vs the Intel i7 87ooK and see which CPU performs better.

Also, if you search YouTube on this topic, there's a guy with a channel called tech deals. He goes through explanation and benchmarks. If you went that route, you could save some money, or you might get another component somewhere else you want, or instead of a ryzen 3600z for example, you could be into the territory of an 8 core 16 thread 3700x and gain extra performance and still save save a little money. Just something to consider.
Reactions: Phaaze88
0
R

Thanks for the response. Un/fortunately I've had this i7 for probably about 2 years.. As for ryzen vs intel.. I'm pretty sure, although ryzen seems to be great with its huge core/thread count, intel seems to still reign supreme when it comes to gaming with its clock speed. It's for that reason alone, pretty much, that if I were to upgrade the CPU it'd probably be to a 9900k as its still (apparently) the best gaming CPU. AMD definitely seem to have gained some traction recently tho so I'm interested to see what they put out in the future
I'll definitely check the youtube out, until now I've just been watching Jayztwocents and more recently, gamer nexus..
0
O

Ok. Didn't realize you had it that long. You are correct that by a small margin Intel has the lead.

I think AMD will release their ryzen 4000 series in the summer months maybe fall. But that could be interesting. If their CPUs do a 10% ipc increase, things might get interesting. But it's also interesting that they can do as well as they do and still be slower clock for clock.
You must log in or register to reply here.
Share:
Facebook Twitter Reddit Tumblr WhatsApp Email Link