When overclocking both the CPU and the GPU, which component should receive the coolest water, i.e., should the radiator(s) directly feed the CPU or the GPU?

CPUs tend to run warmer then GPUs when in a loop, so if you are going for the maximum CPU performance, best to have the 'coolest' water going to the CPU. Usually about 1-2C difference.
0


Watch till your heart is content. it doesnt really matter which order it goes
0
I

Thank you for the insight. My loop is going to be rather complex with three Phobya Xtreme 200's and one PrimoChill 140mm EximoSX Slim Radiator. I had thought the coolest water should go to the RTX 3080 Waterforce since it would be the greatest heat source:


Since I will be running 5/8" (16mm) copper hard lines it would be difficult to rearrange the sequence to test both configurations.

Are you reasonably sure about your suggestion?


Watch till your heart is content. it doesnt really matter which order it goes
Click to expand...

Therefore, it DOES make a difference if you care about the temperature of the input coolant to a coolant block. Now it IS ALMOST true that the total heat removed from the SYSTEM will be the same.....but not quite: more heat is removed where the temperature differential between the coolant and the heat source or recipient is larger.

Thanks for the link...but my question is more on whether the coldest coolant should go to the CPU or the GPU.

Water is a great conductor of heat, but it also has great capacity. The temperature difference between inlet and outlet on a radiator is very minor. The water still has the capacity to absorb more and more heat up to the boiling point (or more in a pressurized system). At the heat loads and temperatures of PCs, this is just not that important.

I have described what is typical, really any configuration should work out well enough. Never had any issues with GPU temps (not counting now, but I already have a replacement waterblock on the way, with hopefully better mounting pressure) having my CPU pumping into the GPU. I did once put a radiator between the CPU and GPUs, but I really just needed someplace to put it, and tubes I was using at the time didn't lend themselves to another config.

Huh, I need to talk to PrimoChill about the royalty checks they forgot to send me (Effectively the latin word for Remove, so I imagine it was that). Going to have to pick one of those up just to have it, though it doesn't have any Eximo branding.
0

Did you watch the video? he switches between cpu and gpu in loop order and it does not matter which one is first, the temps are off by 1*c which he said could be do to room temps rising.

Jay looped a benchmark which puts heat into the system then let everything cool back down before switching loop order.......you dont have to take my word on it there is video proof that loop order doesnt matter. If you're that concerned about every ounce of heat then run dual loops so you dont have to worry about if one component is heating up the other. 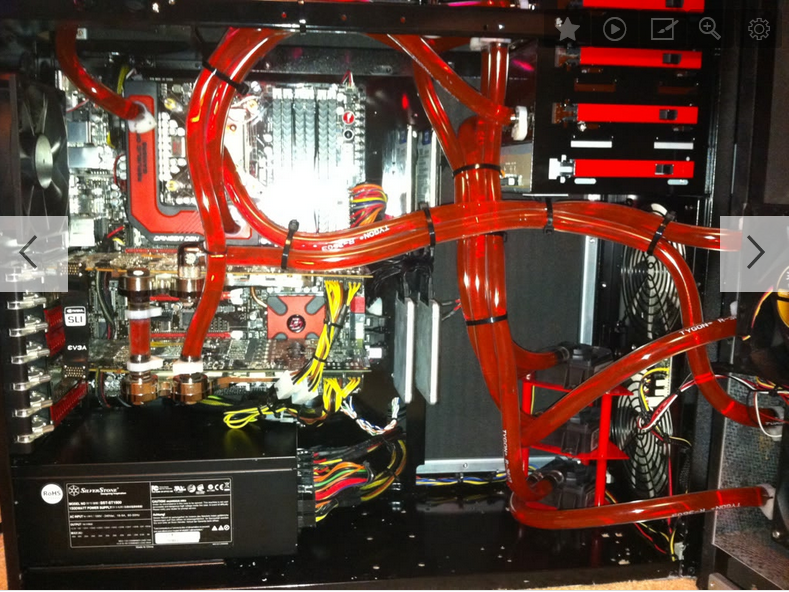 and here is the same system running the same i7 950 @ 4.6Ghz with 4 GTX 670's running the GPU's first in the loop *note that is a series block on the gpus not a parallel block. 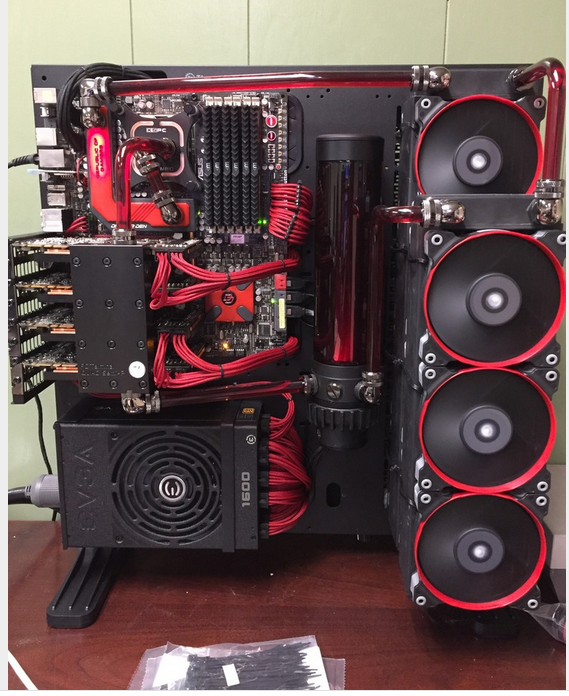