I built this PC a few months ago, and ever since it's inception there has been issues with it. Weird crashes from games and programs that indicated some sort of memory issue.

The symptoms:
It mainly manifests as small freezes and/or input lag. For example in DotA 2 it freezes the game for a few seconds, not enough to crash the game outright, but usually enough to boot me from the match to the main menu. The few times it did crash the game, the logs showed it was caused by access violation.
In other games it causes periodic input lag. For example I press forward, I let go of the keyboard but my character just keeps going forward. If I press other buttons during this time, the input will only appear after a few seconds. Then everything goes back to normal again. If I have some video or stream on the other screen, it also freezes during this time.
These "episodes" don't happen very often, 10-20 minutes or even hours apart, only last for a few seconds, during which most games behave normally (not stuttering, freezing) except for the input lag, other games freeze completely (like DotA). And not even resource intensive games, this happened recently in Project Zomboid, Cult of the Lamb, and Two Point Campus for example, which are not exactly resource hogs.
What seems to make it worse, is when I run resource intensive stuff, like when I tried to stream said games with OBS the stream itself is stable, but the input lag is nearly constant.

What I tried so far:
Based on the symptoms and the access violation logs, I naturally thought it was a RAM issue.
So my conclusion is, either both of my DIMMs are faulty in the exact same way, or the problem is not with the sticks themselves.

Yes, I have a Asus ROG MAXIMUS Z690 HERO motherboard, but it's not from the faulty combustible series, this one has the capacitor on the right way. I know, that doesn't mean there can't be anything wrong with it, but at least it's not that.

Does anyone have an idea what else I can try to diagnose this thing? It is very annoying, but I can't get components RMA'd until I know what needs replacing.
Thanks in advance!
0

So I read around and tried running LatencyMon to see DPC latency issues, and as it turns out I do have those.

The input lag episode happens and I got this readout: 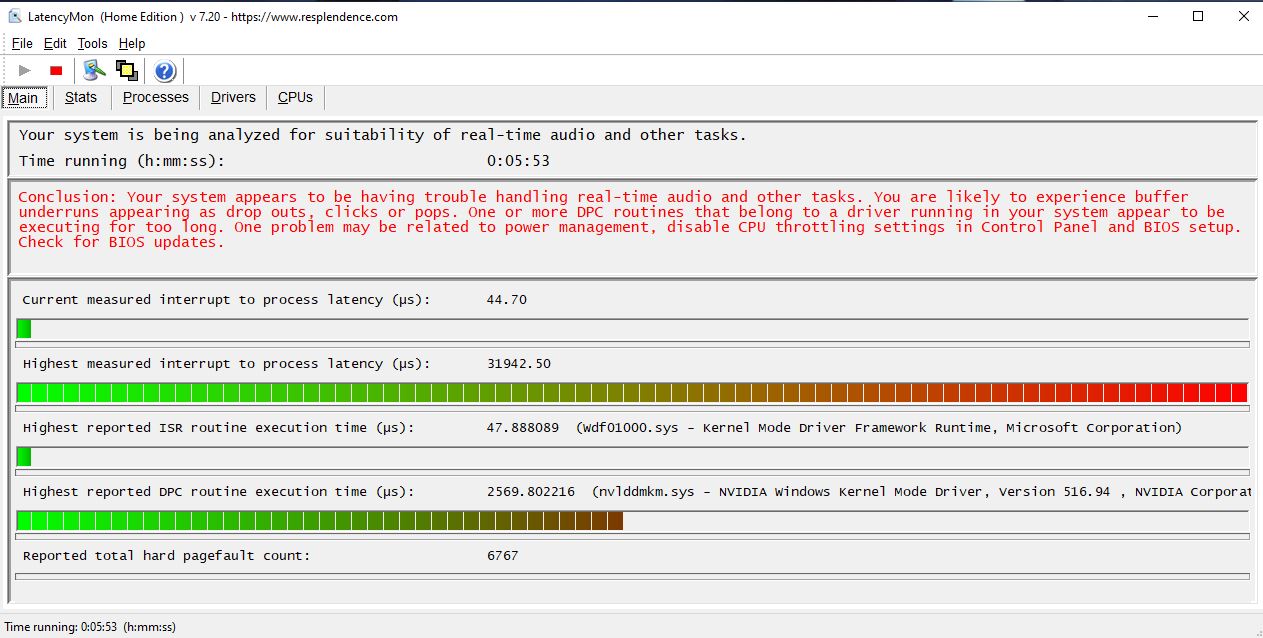 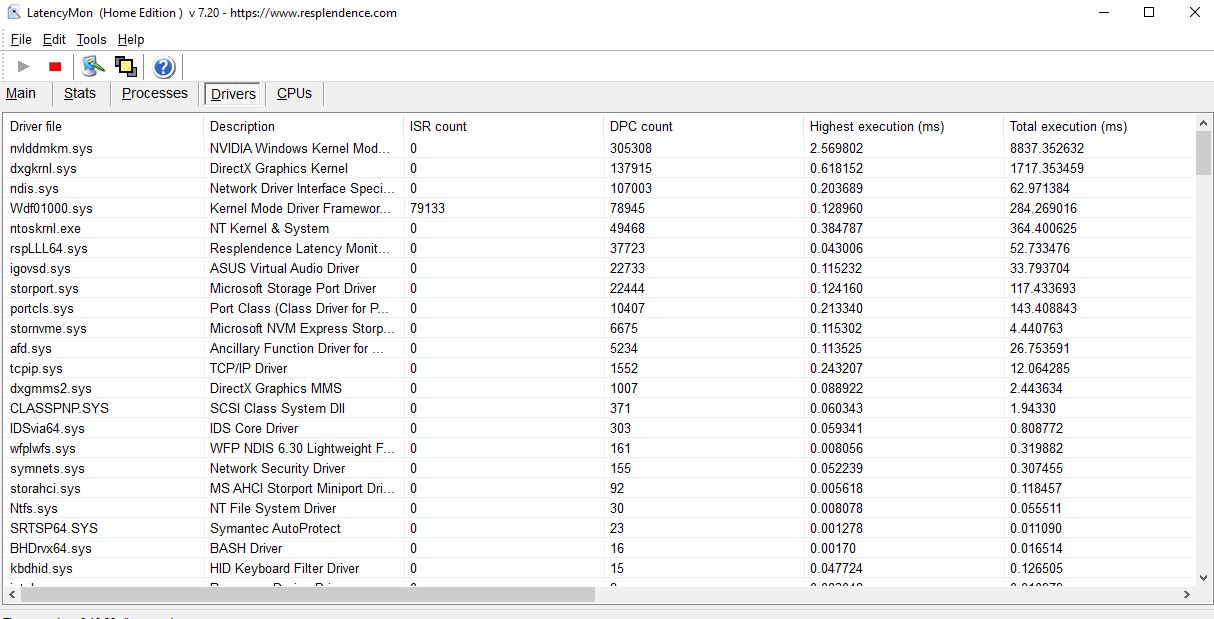 By the looks of it the two drivers causing the issues are Wdf01000.sys and nvlddmkm.sys but I'm not sure how to fix this.