Question Weird problem with my PC 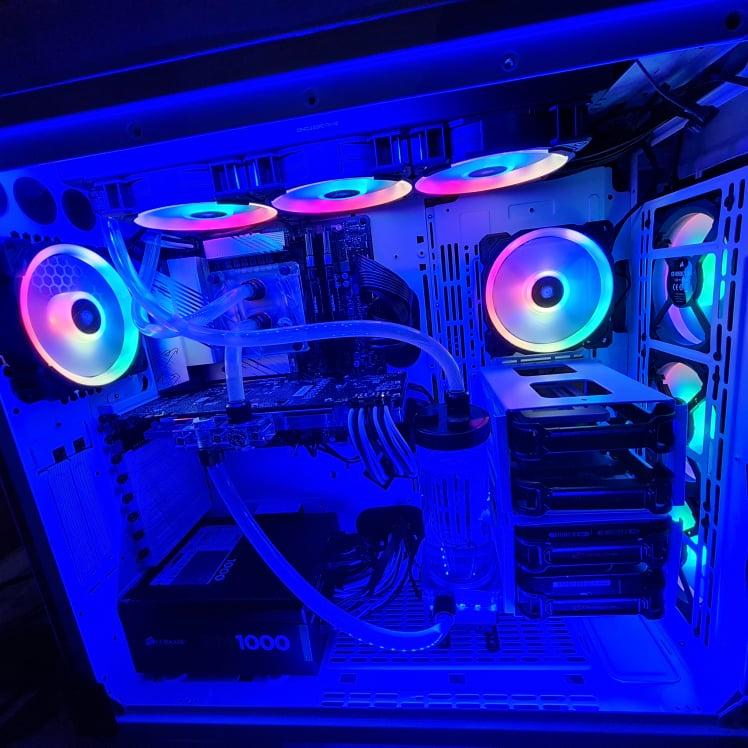 Now, I've had a super weird thing happening to my system - first of all, the first time I booted, It wouldn't give any video signal, I had the 'DRAM' light on my motherboard light up (Didn't have speaker plugged at that time), and then it just kept booting with that light on the motherboard. Now, recently (After not even touching the PC at all), it's randomly started beeping 4 times when booting, and when this happens, it skips BOIS, and boots straight to windows, with BIOS settings of RAM frequency, unchanged. Sometimes, it boots with 4 beeps, and it doesn't have any video signal at all.

Checklist of 'noob' things to check: 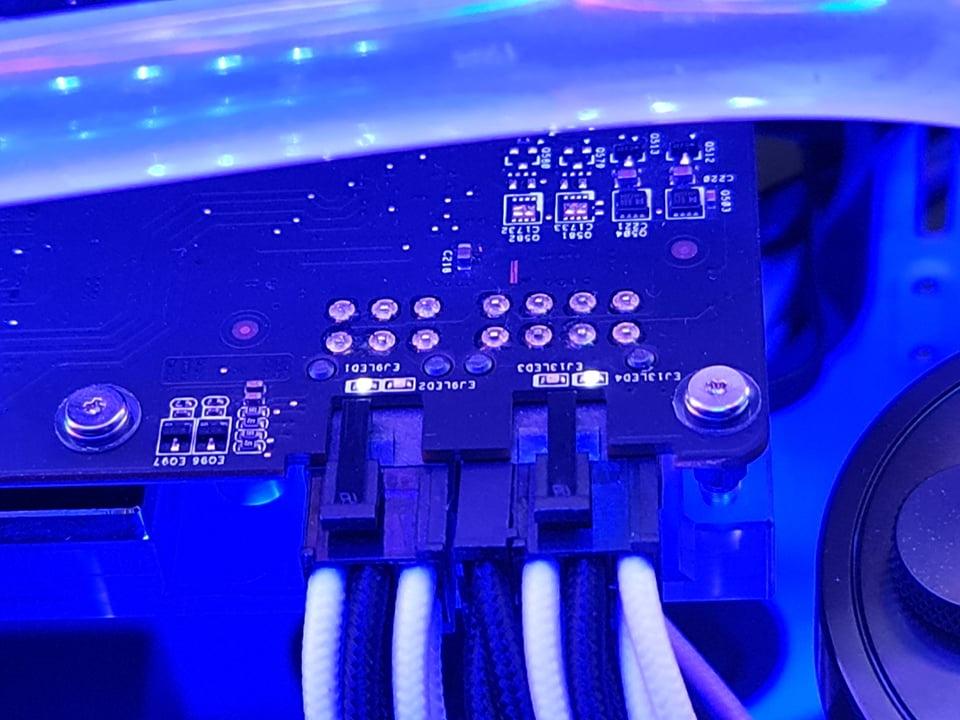 Check power to GPU is plugged in - Yes, both are on, and both have a light indicating voltage
Try re- seat RAM - done, however;
Click to expand...

Right now, as I type this, I'm on my PC, running graphics intense games such as Tarkov, COD, at give or take some motion blur, max settings, at 2K, getting no less than 100 - 140 FPS easily. Now, the fact the the PC runs this well, and this smooth, without any issue at all, yet every time it boots, is showing warning signs for the CPU/ RAM, makes no sense to me.

Again, I've done the typical checks of re- seating the GPU, RAM (Not the CPU - as it's a pain to take the watercooling block on & off), yet there is no physical way I'd imagine the CPU being a problem, like I said, seeing as it's running this well & smooth.

The issue I'm having, and wanting to fix; Is the fact that sometimes I can't get into the BIOS when booting. Whenever I boot, without fail, it seems to: Boot, re-boot, beep 5 times now, reboot, then work completely fine. Something is super weird.

P.S. I tried resetting the BIOS, which the first time did nothing, the second time did work, however on the second time, it did the same ol' thing where it rebooted a few times first. Pls help, pls. Not even sure where to start here. It literally seems that whatever I do with a PC when building it, there's always a problem that makes absolutely no sense what so ever, and just shouldn't happen when spending this much money & time in making it neat & properly built.

EDIT
official, simplified diagnostic: PC beeps 5 times every single time it boots, skips bios screen, can't enter bios using windows advance startup boot.
- after beeping 5 times, the pc seems to re-boot, straight into windows login, every time without a doubt. - I've just tried changing the CMOS battery, using the CMOS clear on the motherboard, all of which causes the exact same result. PC cannot enter the BIOS settings, yet boots to windows and runs perfectly fine, actually really smooth. Thanks in advance for any help, if there is anyone out there who can read my extremely confusing post.
Last edited: Jun 29, 2021
0

Five beeps is usually CPU or expansion card issue. I think you're gonna have to reseat your CPU. Remember that tigntening the CPU cooler too tight can cause issues too.
0

I'm completely open to suggestions at this point, but I highly doubt thats the issue, seeing as the CPU operates completely fine, tension of the waterblock hasn't been touched since I setup the PC, and the beeping has only just started happening, and the PC operates perfectly when running.
EDIT
But I'll give it a go when I get home, will also make sure all motherboard screws are actually seated, and nothing is shorting out on the back.
0

alceryes said:
Five beeps is usually CPU or expansion card issue. I think you're gonna have to reseat your CPU. Remember that tigntening the CPU cooler too tight can cause issues too.
Click to expand...

Ok, So I've pulled the motherboard completely out, re- seated the CPU, GPU, RAM & made sure nothing is shorting on the back/ front of the board (Which is wasn't anyway), then I reset the CMOS by removing the battery & also using the cmos clear jumper, & I've now tried booting it before/ after clearing the CMOS, and still, 5 beeps, bypass even the option for BIOS screen, and boots straight to windows every single time.
Also, if anyone is thinking maybe my monitors aren't booting up, yet the BIOS Screen is showing, I've mashed the DEL/ F12 button on boot (Del is BIOS, F12 is boot menu), yet still, it's 100% bypassing the BIOS option. Board must be faulty, I've contacted the place I bought it for warranty, as this is a bit ridiculous to happen to a brand new motherboard, with a brand new CPU. Again, once windows boots, everything is super smooth, RAM is being detected at correct frequency, no bluescreens, no peformance drops, it's just that I can't even access my bios, and something must be seriously wrong for the CPU error beep to happen every time I startup the PC. \

Can see if you can update the bios to latest version with Q-Flash, put the unpacked bios file onto the usb stick,

So everyone, I've found the solution, and it makes absolutely no logical sense in any way, shape or form... So I read somewhere on the deep web that someone had a similar problem - minus the whole BIOS problem, but they apparently had a bad display cable, causing 5 beeps (makes no sense), and so I tried unplugging all but 1, to test one by one, and BAM! first boot with 1 monitor, 1 beep, second boot with 2 monitors, no beeps, 3rd boot with 3 monitor, 5 beeps!! My monitor wasn't plugged in by the absolute slightest bit, causing the entire PC to think "oh damn, the CPU is for sure broken" - kinda makes me understand why people play consoles hahaha. Thanks for the help everyone! Appreciate the help!!!!
EDIT
And VIC - yeah the thing is, it was already the latest BIOS update

- definitely a good tip for someone with the same issue, that can't fix it with the ol' display cable
0

UPDATE
IT'S NOT FIXED. Today it's gone and decided to do the same thing as before. Even if it's the monitor, this ain't normal. Time to take the Motherboard & CPU off for repair. Rip.
You must log in or register to reply here.
Share:
Facebook Twitter Reddit Tumblr WhatsApp Email Link