Question What happens if a new Ryzen CPU is too new for the installed BIOS?

Troubleshooting a problem with my system, it looks like I have a dead CPU (Ryzen 5 3600)

I've replaced both the motherboard and PSU and the behaviour hasn't changed when turning on; the power LED lights only briefly, the CPU and case fans spin briefly, then nothing. The motherboard light remains lit.

If I try the power button again, nothing at all happens.

I have to turn the PSU mains power off and back on again, the motherboard light comes on and I can repeat the process as described above.

I don't have access to a known working AM4 motherboard so I can't test the CPU.

I could buy a cheap Athlon AM4 CPU and test the motherboard but the process of elimination does suggest that it's the CPU that's faulty (unless anyone here begs to differ).

The motherboard is an Asus Prime B450M-KII (fitted with 2x16GB DRAM + Zotac nVidia GTX970 GPU and powered by a Corsair RM750 PSU).

I don't know what version of BIOS has been flashed, so I don't know if it will recognise newer CPUS. I was thinking of getting a Ryzen 5 5500 to replace the (probably) dead 3600.

But what would happen if the installed BIOS version is too early for this CPU?

PS If I clear the CMOS, does that affect the BIOS version previously flashed?
0

motherboard have flash back button, don't need a supported cpu to update bios 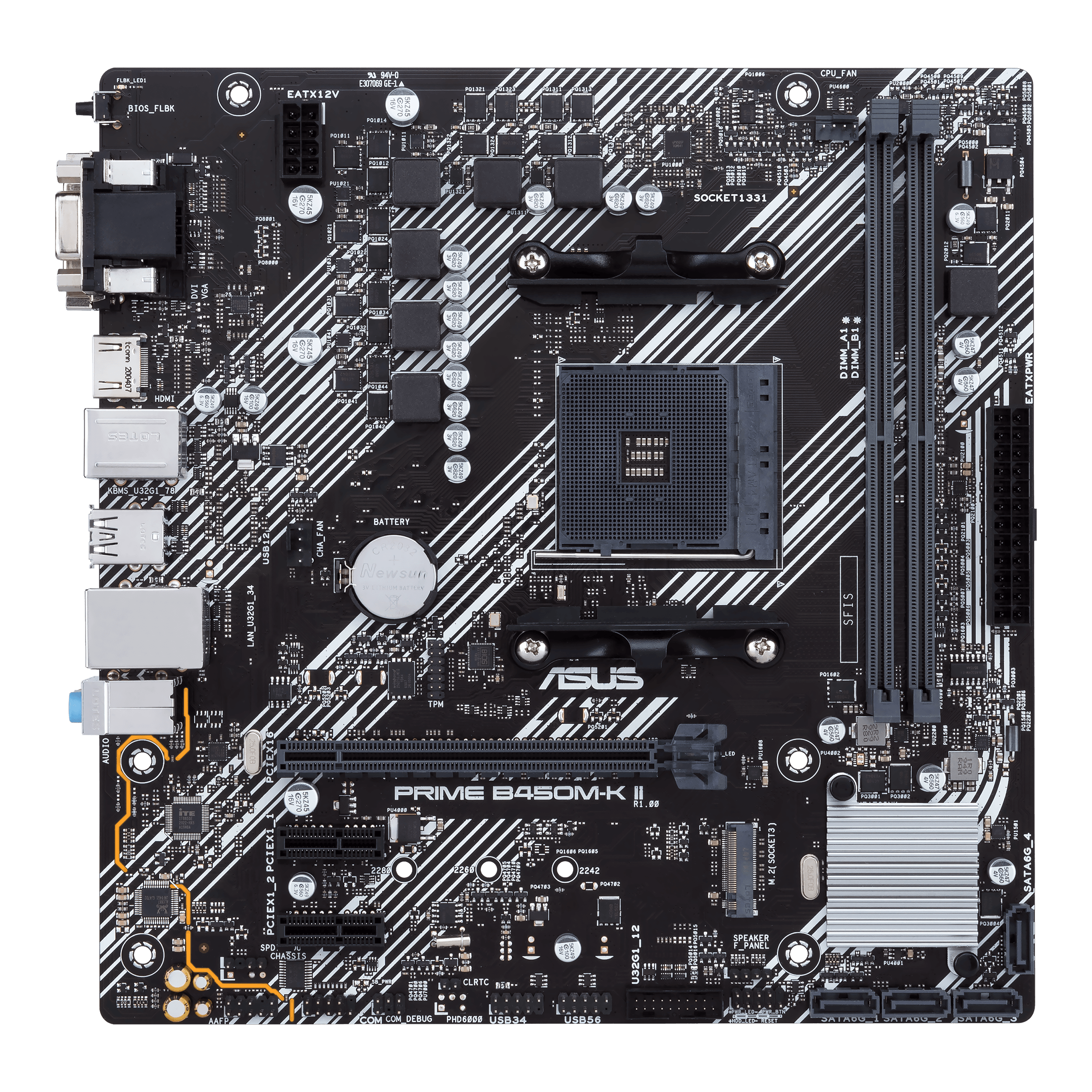 read the manual to see how to use it

on the psu, did you replace all the cable or reused old psu cable?
Reactions: FRoob
0

Your motherboard has BIOS Flashback feature.
Learn, how to use it.

read the manual to see how to use it

on the psu, did you replace all the cable or reused old psu cable?
Click to expand...

OK - I will look at flashback feature.

I read that some motherboards will still run with later unsupported CPUs, but not in a fully-featured way. Is there any chance of that applying in my case?
0

use the flashback button to flush the bios
0

I had this exact problem with an Aorus B450 M. I fixed it, by borrowing a Ryzen 1 cpu (or what ever Ryzen compatible cpu u can get), doing the bios update, then replace with the Ryzen 5... it worked great!!
You must log in or register to reply here.
Share:
Facebook Twitter Reddit Tumblr WhatsApp Email Link