Question What is the correct configuration for these jumpers?

Hi, a while ago I acquired a very, very old PC. Point of the matter is that I want to add a video card to it, and I managed to get a CM64A as seen here: 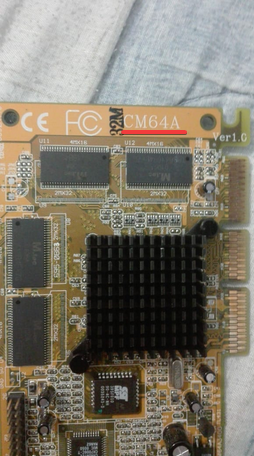 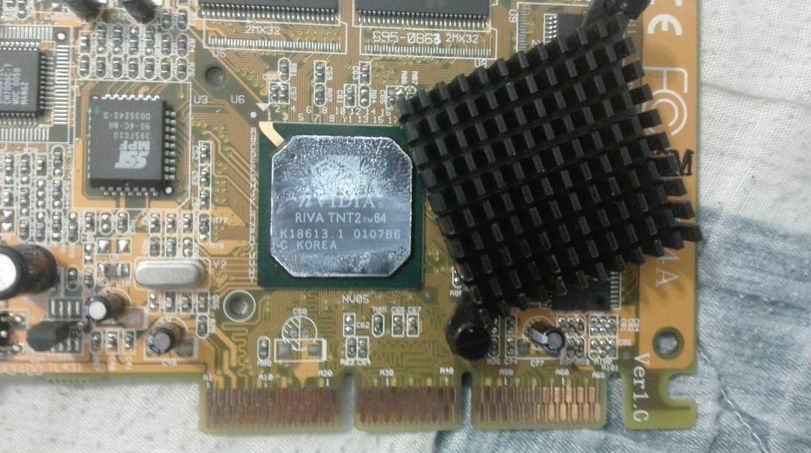 When I put the GPU in, the PC starts and immediatly shuts down for obvius reasons... the power supply is not strong enough. However, this GPU has some jumpers on the top left as seen here: 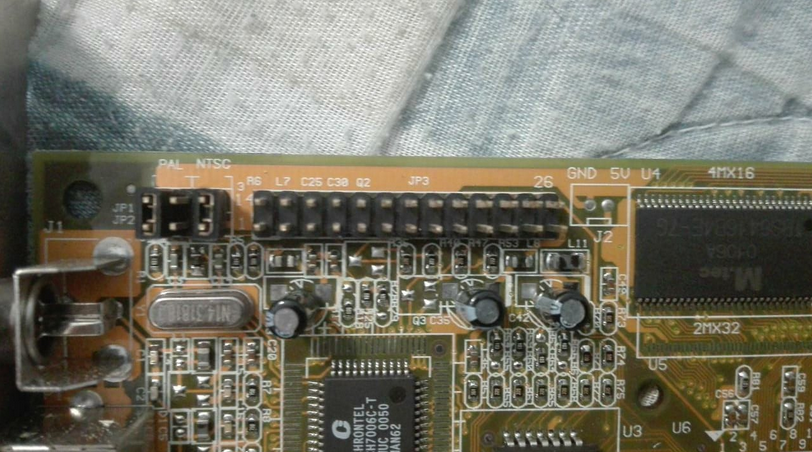 I never used jumpers before and I don't really know how they work and what configuration I should use. The labels are clearly seen in the picture, but I don't know how to use them. What does each of those do and how can I "select" one of them? I know this won't solve the power supply issue, but I'm trying to find out for the future, when I can get my hands on a PSU powerful enough, from the era if I can. Thanks.
0

It looks like it is for setting for a PAL or NTSC screen. I'd just leave it alone. Unless the card is say from the UK and you are trying to connect to an American TV.
0
A

The visible jumpers "PAL/NTSC" have nothing to do with your shutdown - they select whether the composite video out (that Cinch connector to the left) outputs PAL/Europe or NTSC/America signal. Other connector is most probably for connecting an external "video accelerator".

Can you enter BIOS with this video card? To be honest, I don't think your problems are PSU-related.
0

Alabalcho said:
The visible jumpers "PAL/NTSC" have nothing to do with your shutdown - they select whether the composite video out (that Cinch connector to the left) outputs PAL/Europe or NTSC/America signal. Other connector is most probably for connecting an external "video accelerator".

Can you enter BIOS with this video card? To be honest, I don't think your problems are PSU-related.
Click to expand...

I know the PAL/NTSC bit, that's not an issue, what I want to know is where should I put the jumpers in order to not have conflicting options. As I have it right now, I'm guessing that would cause issues. And no, I can't enter BIOS, the PC starts spinning its fans for about a second before shuting down immediatly. When the card is removed, the PC works no issue, I installed antix Linux 17 on it, works like a charm, only 70MB of ram used!!

EDIT: Okay that statement was from my memory, I tried again and this is what happens: I press the power button, VGA cable connected to the GPU, the computer tries to start working but it instantly powers down. The CPU fan keeps spinning from intertia alone, but the computer doesn't keep on for a single seconds, it's almost instant. After that, I can't turn on the PC at all. I press the power button and it doesn't do anything, I disconnect and reconnect PSU and still nothing, it won't even try to start again until I remove the GPU, then I can use it normally. I saw an option in the BIOS about what to do in the event of power loss. The options it gave where this: If the power is lost, start running the machine instantly upon recovering it, or, stay off until manually turned on. There's also "Auto" option, but I don't know how it would handle it. Note that I didn't touch the jumpers when plugging the GPU, they are in the same position as the pictures.

EDIT EDIT: I removed the jumpers all together, IT WORKS!! It just runed on and succesfully booted to Linux... now I need to find NVIDIA drivers for this old crap... for Linux of all things!!
Last edited: Feb 28, 2020
You must log in or register to reply here.
Share:
Facebook Twitter Reddit Tumblr WhatsApp Email Link