Question What is this burnt chip in my motherboard?

I've accidentally burnt my notebook motherboard (as you can see here). I found a pretty good tech guy that can fix it for me, but since my notebook is pretty new and it is not being sold in my country yet (I purchased it in the US) he is not being able to find any schematics for it. He already fixed all burnt capacitors and the only thing missing (for now) is this chip: 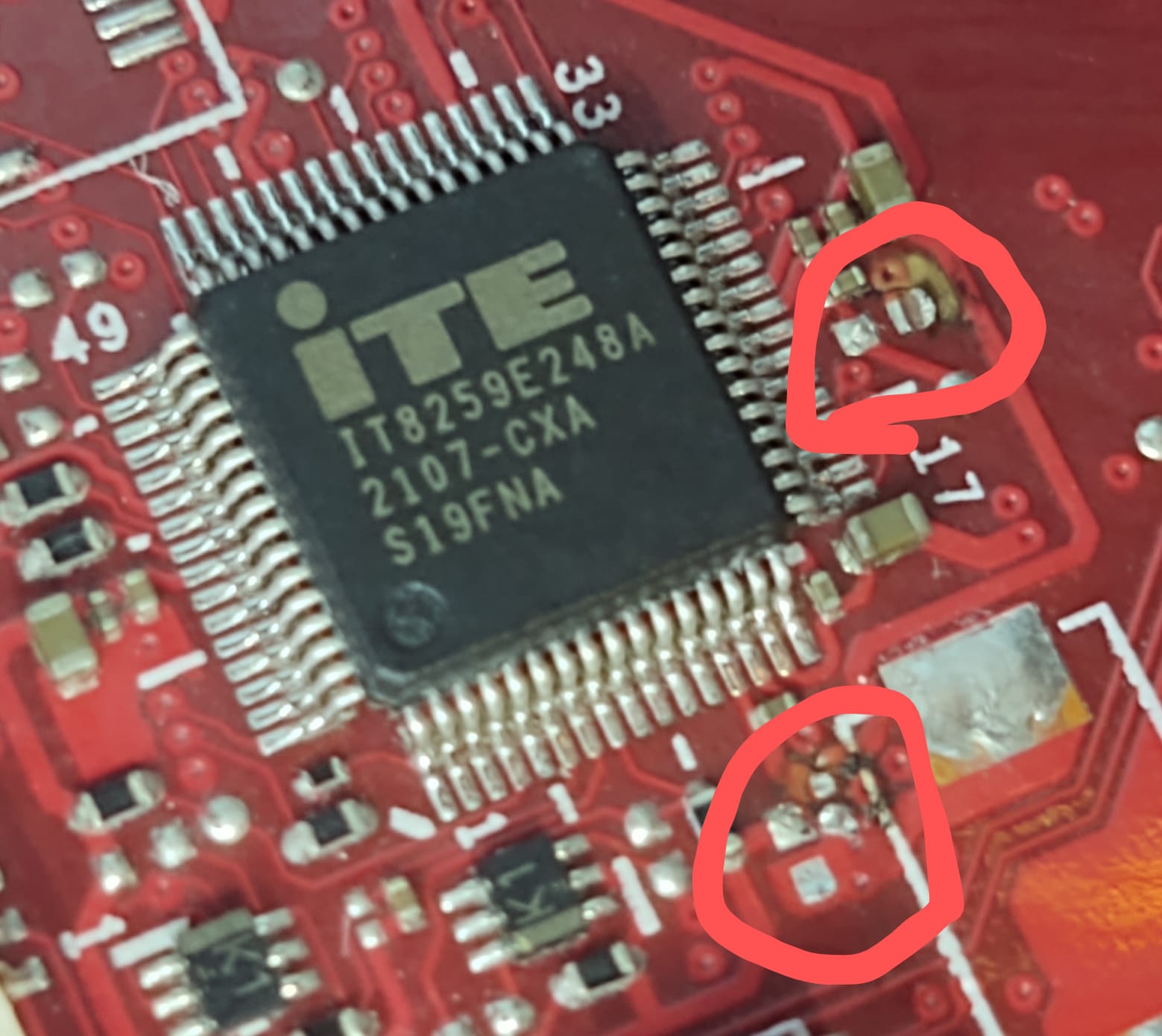 The motherboard is from the notebook Asus ROG Zephyrus M16 GU603HM-K8030R.

Anyone knows where to find the schematics? Or at least what is this chip? We need to find it in order to purchase a new one and change it.

You will not find schematics, except rare circumstances or completely standard models (Apple, Google, and MS devices sometimes have leaks).

Well, you need to look at another identical board. Can't really tell you what is missing.

Not all small components are labeled either. Small surface mount capacitors, resistors, and diodes. You kind of have to know, or know enough to reverse engineer the circuit. This is very difficult with multilayer boards.

Also, whatever problem caused these components to burn up could easily still be present.
0

Eximo said:
Not all small components are labeled either. Small surface mount capacitors, resistors, and diodes. You kind of have to know, or know enough to reverse engineer the circuit. This is very difficult with multilayer boards.
Click to expand...

Not difficult, but more like completely impossible. In contrast to PCB boards for simpler devices such as amplifiers, power supplies, etc that may have PCB tracks on one or both sides, a motherboard probably have many layers in between.

Reverse engineer of a relatively easy power supply may take two to six whole days, depending on what equipment and the complexity of the circuit board.

Doing the same thing with a motherboard where you do not even have access to measuring on important joints (i.e. you'll never figure what a specific resistor are connected to when the wiring is both hidden and goes to underneath a BGA (Ball Grid Array Package) type IC ).
0

I can't think of a single recent laptop or computer motherboard that isn't 3 or more layers, not a probably there. Mini-ITX and laptop boards often have many more.

You can get a lot done if you know common circuits, you don't need to trace things out manually if you can identify what a grouping of surface components is for. And of greater importance, the vast majority of implementations of integrated circuits use the stock design found in the white papers. They will tell you exactly what you need to use a certain chip, and for the most part, designers stick to it.

Some say the only real engineers are applications engineers, the ones who design circuits for a purpose. Everyone else is playing lego. (Not really true, just a common sentiment in the industry)

A lot of surface mount capacitors are there as filters or buffers, they aren't 100% necessary for operation. Really depends on what is missing there.

I would almost guess that all of the missing components are SMD Capacitors. Based on the pad size the only component there with a match are larger yellow caps. Smaller pad next to the burn looks like the middle size cap.

That via in the upper one is little concerning, trace might have lifted from the board.
Reactions: Grobe
0
O

Thanks for your help, from both of you

I have a few pictures that could help. 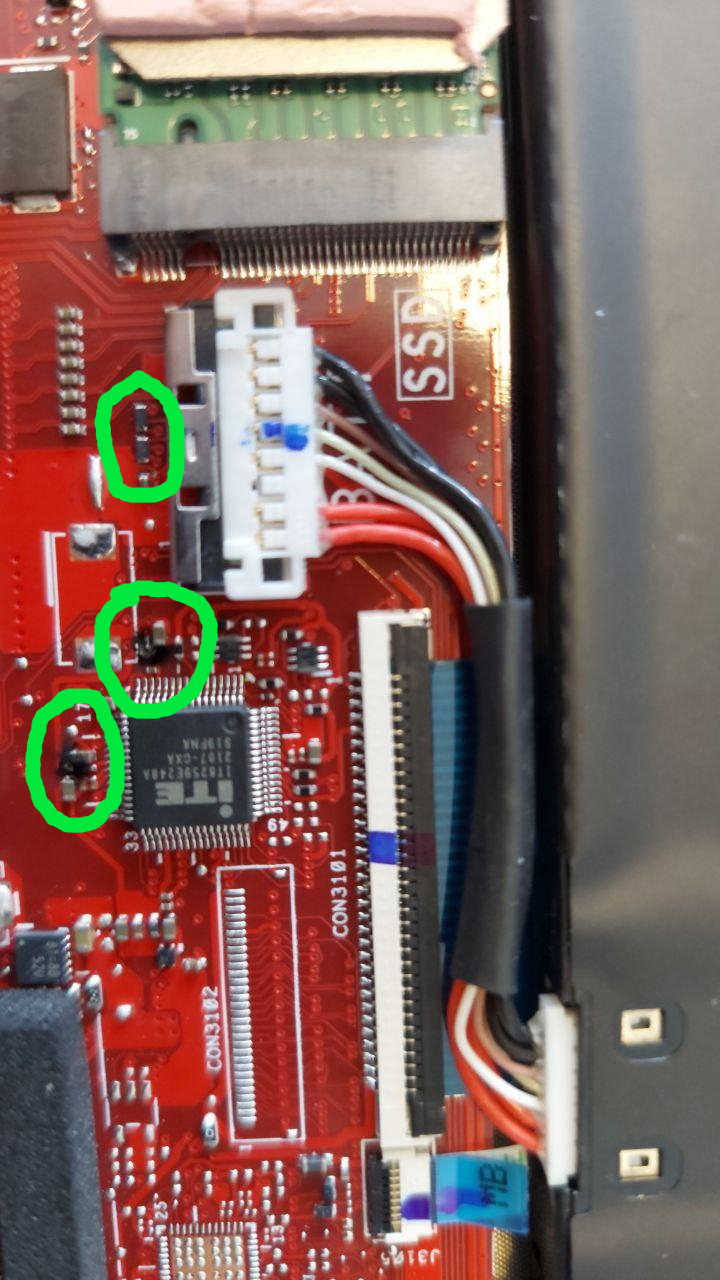 I took right when I did the damage. 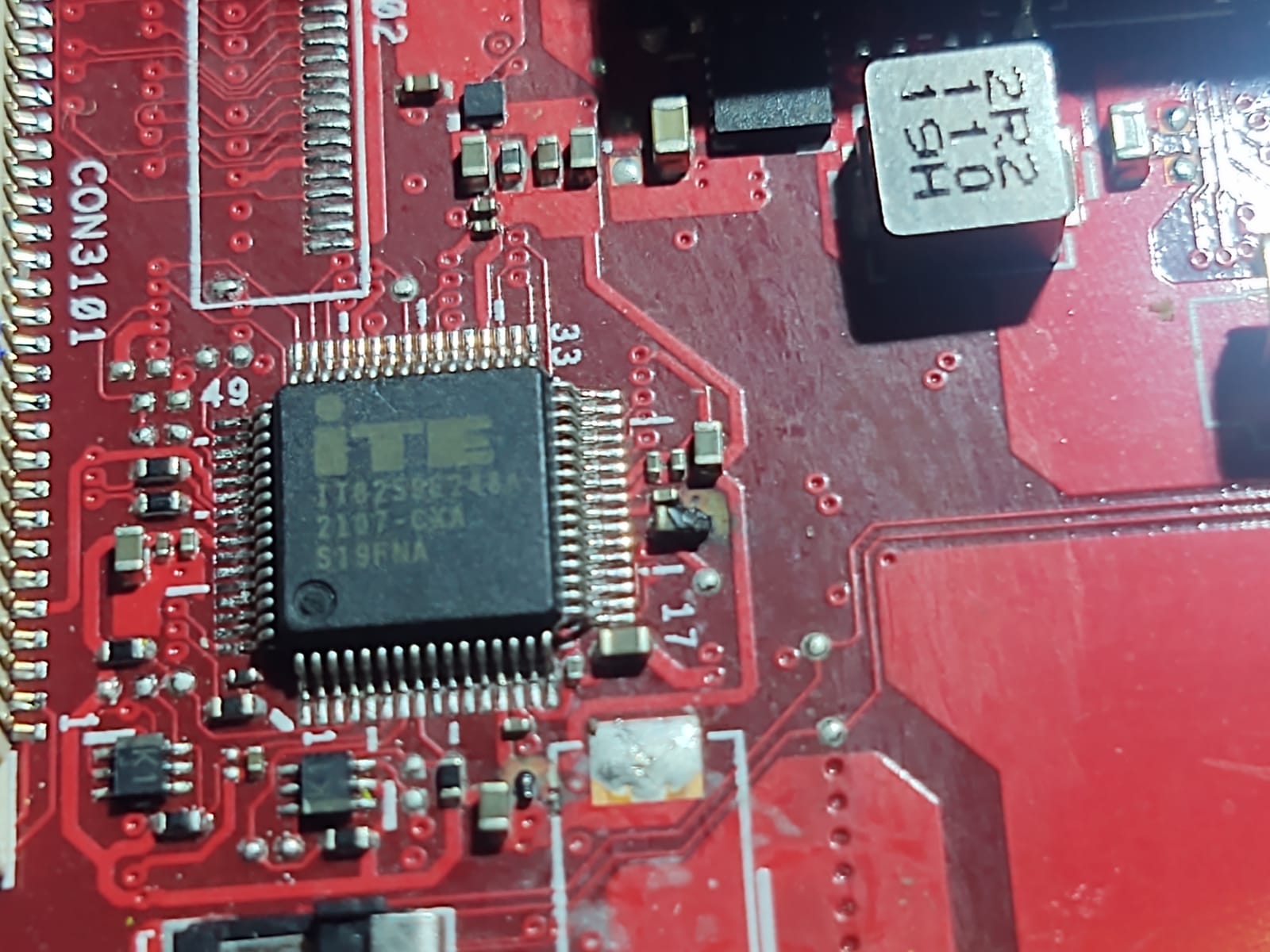 https://i.imgur.com/VgOT9mO.jpg
It was when a friend of mine (who knows about electronics) tried to fix.

The image from the post was right after he removed the damaged components. I created this post for 2 reasons:
I have basically no skills regarding computer electronics, so I would never try to fix that for myself. In any case, I took that mobo to a company in São Paulo (Brazil) who is specialized in fixing burnt motherboards. The company told me the same (that I would never find the schematics). According to them, they can try to fix it by trying to reverse engineer the mobo. It would be a pretty complex task, but they seem pretty decent. They receive motherboards from all over latin america to fix.
0

You can try to find that chip and look up its design, but if that over there is the battery connector you should be cautious.
0
O

Eximo said:
You can try to find that chip and look up its design, but if that over there is the battery connector you should be cautious.
Click to expand...