What is your favourite car?

Hello people's. Just wondering what everyone's favourite cars are. Mine is the VX Commodore atm. Post links of your favourites

Can't narrow it down for me so I'll just list a few an list them from unreasonable to realistic.

Money no object only one answer for me, the road legal version of the Panoz GTR-1 race car.

Vector W8, mock it all you want but you can't deny it looks bad ass. De Tomaso Mangusta, everyone loves the Pantera but I just think these are extremely pretty cars. Delorean DMC-12, I've been in love with these ever since I was a little kid, got to sit in one for the first time at a car dealership a few months ago while helping my bro look for a new car. I can guarantee that if I had the money I'd have bought it then and there, wasn't in the best shape but who cares its a delorean! 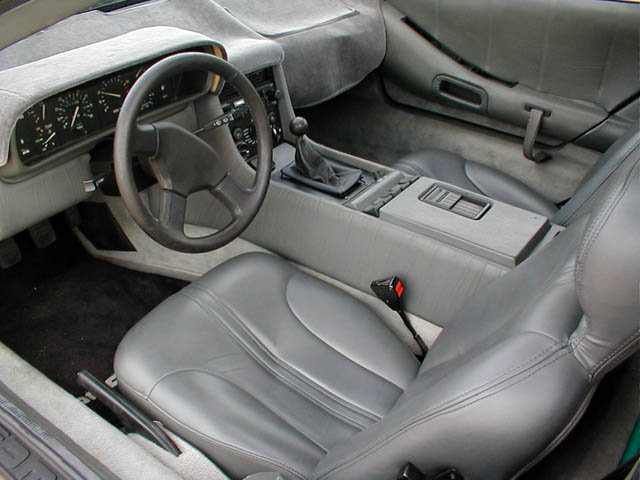 Pontiac Fiero, yah I know not the greatest car in the world but I've test driven a few and they all did the exact same thing a great majority of the cars I've driven don't do, it put a huge grin on my face and thats all that matter. I would love to have one of these. 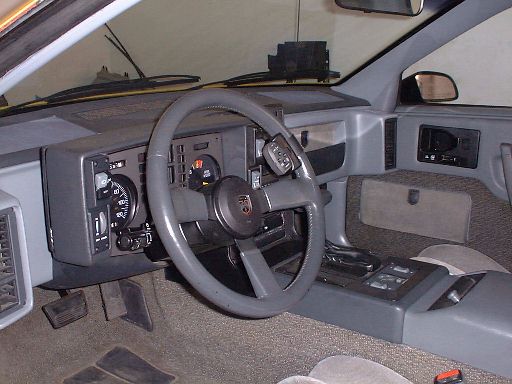 There are many more I could list but I wanted to keep this short.

edit: darn didn't realize there was any sort of limit to the number of pics that could show up oh well at least the links work.

nice choices
I can't wait to get my L plates this year. I plan on getting a '98 or '99 Mitsubishi Lancer but if my parents don't let me it looks like there will be some under the counter dealing lol.

Toyota MR2 Turbo - I had one for 8 years and the combination of speed (I tweaked mine to over 300bhp), reliability (in those 8 years I spent maybe £200 on non-service breakdown items), fun handling and everyday usability were unbeatable for me. I sold it with the intention of going to an NSX or maybe a V12 DB7 (£25k for a great condition V12 Aston is very tempting), but I would feel like a berk driving those everyday. The little tubby fitted in everywhere without being OTT and gave me 95% of the performance an NSX would.
J

for sheer outrageous factor - Porsche 935.
Lancer is a good buy for a learner, just don't go all 'doof doof' and fit an Evo kit, keep it tidy and you can do plenty.
otherwise get an Impreza sedan - obviously no turbo for you yet, but spend your money on MRT or STi suspension and brake upgrades, then go turbo when you get your open licence.
Avoid the VX - sorry, but they are crap, VE is still awful - I have tested them all for newspaper, Falcon much better, go for a BA/BF XR6 if you have the cash.
T

this car very google . i want all

You know what, I've always wanted one of the earlier VW transporters...

the t3, the boxy one. Just look at the variation!

Well my favorite car I've driven is my Subaru SVX, I can drive more 8 hours on this and be comfortable... not so on my other cars. My 89 Cougar comes next but not good on winter. RX7 are nice but only for summer.

Favorite car I didn't own... I don't know, didn't driven one yet.

#Mod edit: removed a link to a site now considered as hosting malware

My "dream car" has always been the Porsche 911. When I "grow up" and retire, I plan to buy an older model and restore to its original condition.

The only cars on this list so far I'd really go crazy for would be the panoz, Wiesmann GT,and the BMW 850. I'm guessing that Witches Jelly hasn't been in a Pantera before because they ride like crap, horrible car. I drive a 1 1/2 ton service truck on ice roads up in northern Canada and I thought the ride sucked. Then the Vector W8 is a cool looking car but horribly built and poor handling from what I understand. I put the vectors a little above the Bricklins and a Delorean. My dream garage would have a 1968 VW safari van( the 21 window), E30 M3, 911GT3 RS, 2011 F250 Diesel, and possibly a Pagani Zonda if I had an extra million or two lying around. Another noteworthy mention is the Maserati MC12. My cousins buddy half owns one, worth about $1,500,000 cdn i guess, but it's an amazing car. Never met him, never got to sit in it, but I see it every now and then outside my condo. Also the E30 in my dream garage would have an engine swap to the twin turbo inline six out of the 335i, blasphemy i know but it's my dream garage.

Didn't see the 1970 Chevelle 454 up there. Good call, I think it was the LS6 option that had the 450hp stock. Going along with the dream garage you might as well opt for the Yenko version. Damn forgot about muscle cars, my dream garage just doubled in size.
A

Probably a restored origional mustang convertable for me.
The new mustangs, cameroes, and challengers are pretty sweet also.
I did own a nissan 280z turbo in the early 90's and it rocked,
Dave

I love my Corolla Altis.

Since I have a family I'd have to go for the M5 for practicality and fun, right now I own the e46 330d m-sport saloon as a family car, and I have to say its really practical and fun to drive.
R

I do have a soft spot for Ferrari, but they are not a daily driver, really.
J

I like old 1969's Dodge with V8 engine. Its really an amazing car with great sound. But its too expensive for me.

My favourite is the 1971 Plymouth Barracuda, preferably in red and 'convertible'.

One that takes me from point A to point B