You should seriously make a new thread. This takes way too long to bring up.
View: https://youtu.be/RQnisstMxQk
M

And this version
View: https://youtu.be/zUtQSeaAmmg
K

Colif said:
No idea who they imitating here

Looks like a parody of Slayer, album Seasons in the Abyss... it's been a LONG time since I've listened to it, though.

Mandark said:
You should seriously make a new thread. This takes way too long to bring up.
Click to expand...

You want me create a NEW thread ? I think this one is better, since it is very old and has a lot of replies as well. Yeah sometimes the pages might take some time to load though. Would starting a similar thread be feasible ?

Shockingly this thread has got 2K replies, and 542K views till now as of now, OMG ! I think a lot of traffic comes from outside as well, apart from these forums. There might be many visitors/viewers who frequently browse these forums, but I never expected 500+K views though, lol (that too on a MUSIC/off-topic thread).

Anyway, I'm not sure what to do now. Shall I create a NEW thread or else we continue posting here instead ?
Last edited: Jan 4, 2023
M

No, do what YOU want to. Leave this one up. Don’t do a new one
Reactions: Metal Messiah.

This thread has so much "Good" music linked that covers many tastes.
Would be a shame to see it fall to the way side and dissapear.

Even though metal is not my favorite music,I can appreciate their talent.
Reactions: Metal Messiah.

MANOWAR band has one of the most die-hard , loyal and devoted fans in the history of music, let alone the HEAVY METAL genre.


This is still one of the best HEAVY METAL/Rock ballad of all time !

Old-school SEPULTURA was really good ! Early albums were THRASH METAL masterpieces. When both Igor and Max Cavalera brothers left, the band's musical direction deviated from old-school Thrash, to more like NU-Metal with some Groove Thrash genre in the mix.

And the new vocalist Derrick Green sucks to be honest (no offense intended though). Anyways, I really love this Brazilian band. Just awesome.

Old-school lineup. MAX's vocals are still considered one of the best in this industry. I have seen them live and even met backstage ! 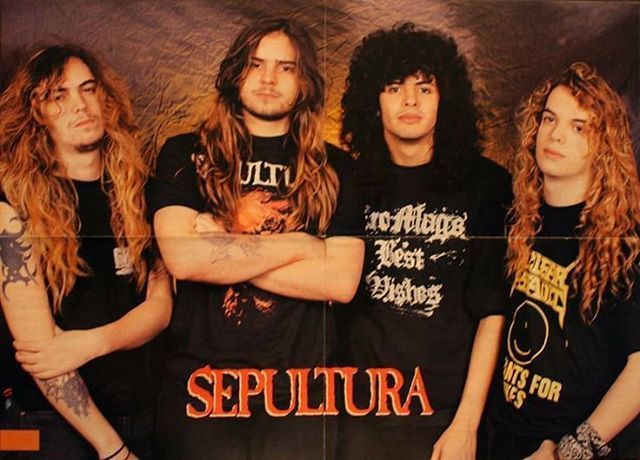 You can feel the thrashy riffs in these songs:

Ooh, been a while. Bought this one on cassette (yes, I was late to adopt CDs).

King_V said:
Ooh, been a while. Bought this one on cassette (yes, I was late to adopt CDs).

Ah, no, my bad . . the album Arise. I saw the album name in one of the headers of the vids you linked, and my sleep-deprived brain just assumed that you were referring to this album specifically.

That same sleep-addled brain is now imagining an 80s sci-fi version of uploading the minds of people to computers, and the band Sepultura being part of this project, with their personalities stored on mainframe reel-to-reel tapes
Reactions: Metal Messiah.

This one is a pretty good extreme METAL band from Liverpool, England. CARCASS.

Just in case anyone doesn't know, Carcass is considered to be the MAJOR inspiration and musical foundation for most deathgrind/goregrind/brutal Death Metal bands, as well as being one of the founding *fathers of MELODIC death metal *when they had switched their genre to the melodic death metal sound by the early '90s. 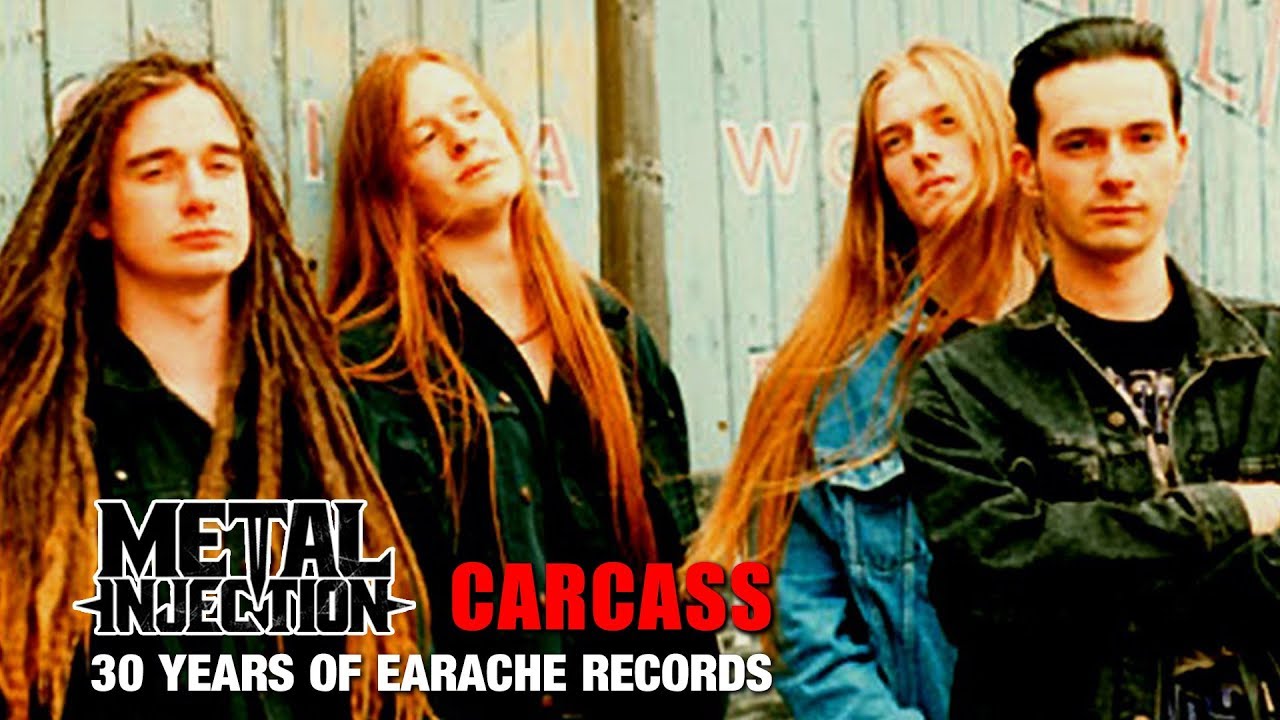 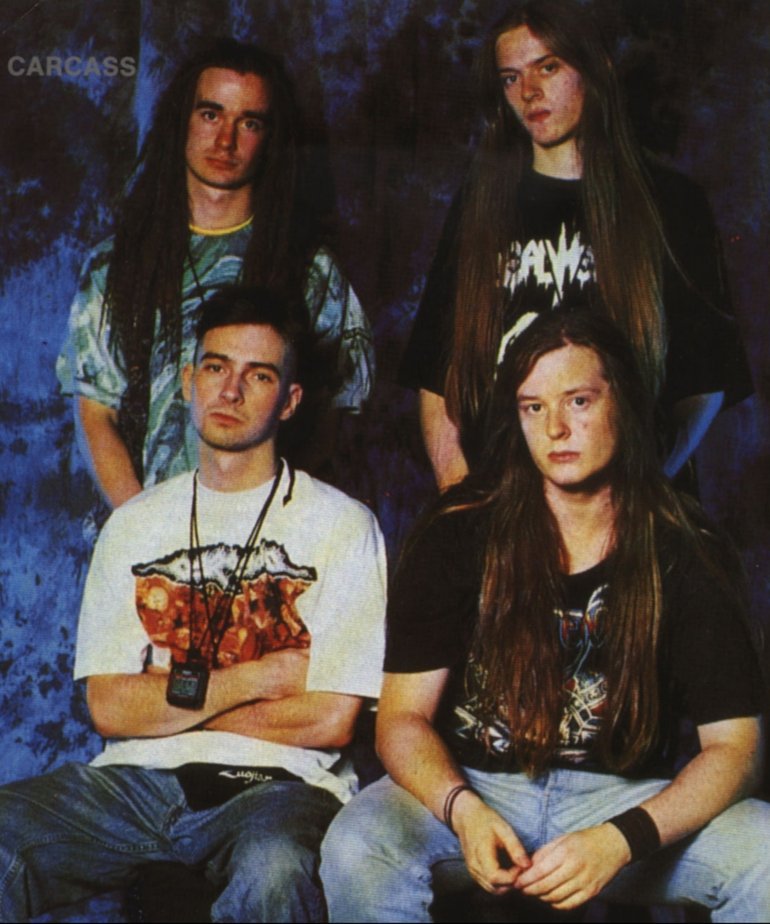 Pretty Heavy and Brutal 'Head banging' sound ! This band is very unique. The musicianship is also excellent. Love this band like anything ! Obviosuly, not everyone's cup of tea though.

Alright, I don't know where to start, so here we go, here's hoping my habit of writing extremely long exposition doesn't rear its ugly head.

When it comes to music, I don't have any preferred genre. I listen to all kinds of music, as long as it sounds good in my ear than I'm in. My preference also changes with the time (with the only constant being Ellie Goulding for reasons I don't understand, started listening to her around 2013-2014 and has been stuck ever since).

These days, I mainly listen to those slow EDM songs (I think they're called chillstep? Kindly correct me if I'm mistaken), eurobeat, "epic" music, and everything in between. Also, like 95% of my playlist has female vocals, so guess I'm subconsciously into that too.

However, there's a major exception though, the metal genre. I grew up in an environment that considered metal songs to be just "loud noise". It reached a point where my late grandma used the word "sepultura" to refer to anything loud.

Of course, I don't agree with that at all, that's just offensive. But that kind of sentiment sticks with you for a long time, so to say. I know there are beauty in the wide metal genre, but due to my predisposition, I never really listen to them. It's the only genre that I don't really have a favourite.

But a few weeks ago I accidentally came across Nightwish (on a meme video no less). I thought "hang on a sec, this is actually good!" and I've been listening to them for almost non-stop these last few days. I mean, heavenly good I swear. I don't even know what exact genre they're doing, but I really like it.

Why did it take me this long to finally discover them?

Alas, looks like I'm already too late to the party huh? Now if you'll excuse me, I have some Nightwish playlist I need to sing along loudly in my car. Both Ellie and Eurobeat would have to move over for now.

Exploding PSU said:
These days, I mainly listen to those slow EDM songs (I think they're called chillstep? Kindly correct me if I'm mistaken),
Click to expand...

Yes. Chillstep is actually a subgenre in slow/relaxing music, also known as chill-out dubstep. More like a subgenre of electronic dance music/EDM itself, that focuses on the creation of mellow, downtempo beats designed to relax the listener. So these are both interrelated, but EDM is the parent genre.

benstokes32 said:
My hobby is singing, and my favorite musician is Ranboo because our sounds are similar. I enjoy wearing rainbow-themed clothing whenever I sing a ranboo song.
Click to expand...

Happy to meet you. I am also a big fan of ranboo.

benstokes32 said:
Happy to meet you. I am also a big fan of ranboo.
Click to expand...

Can you post a link?
My google and youtube searches came up with a lot of ????? to be polite

An Extreme Metal band from the UK, Anaal Nathrakh..

Well to be honest, with a hybrid sound signature that blends a wide range of styles, Anaal Nathrakh is arguably one of the most distinctive extreme metal projects of the new millennium.

Its complex DNA, composed of several layers ranging from grind to black metal, has become one of the most recognized brands within the metal realm in the past two decades.

The corrosive palette offered by Mick Kenney (aka Irrumator) and vocalist Dave Hunt (aka V.I.T.R.I.O.L) is an interdisciplinary approach to chaos.

Oh btw, Anaal Nathrakh name is taken from the movie Excalibur and means "Serpent's dark Breath". The band's name is pronounced [ˈɛənæl ˈnæθræk] ("ANN- all [as in "shall"] NATH-rak").

I really want to know what marriage, relationship and true love means to anyone out there! (I'm not married though) .

Foreigner - I Want To Know What Love Is (Official Music Video).


Roxette - It Must Have Been Love.


Both Tom Cruise and Kelly McGillis look so young, smart and beautiful in this video.


Modern Talking - You and Me.

And another one from them.
View: https://www.youtube.com/watch?v=gyLT3JuS9do
M

this album was part of my childhood. The entire album is gold. Well, all of David Bowie is pretty much gold.

Bowie inspired so much of the newer generations of bands.


one of the greatest love songs.
The feeling of love lost.
View: https://www.youtube.com/watch?v=TvnYmWpD_T8


A mans love for his daughter. And his break up with her mother.
View: https://www.youtube.com/watch?v=ggeab0lKz2c


Love is always knowing someone has you back and will always be there for you. No matter what life throws at you.
And giving your children a better chance in this world than you had.
You must log in or register to reply here.
Share:
Facebook Twitter Reddit Tumblr WhatsApp Email Link