Question Which graphics card is best for me?

Thanks for the quick response. Looking at install video...I have no 6pin connectors on my power supply...and note that your specs indicate 16 GB DDR4...should I expect a new power supply and additional memory?
1
K

What is the resolution and refresh rate of your monitor? Depending on this, there might be some used, low-end GPUs that would work. I'm not sure if your motherboard would necessarily play nice with modern GPUs that want a UEFI rather than a legacy BIOS.

That said, your CPU is somewhat dated, so you'll get improvements with a better GPU, but only to a point.

Also, it appears this is your power supply: 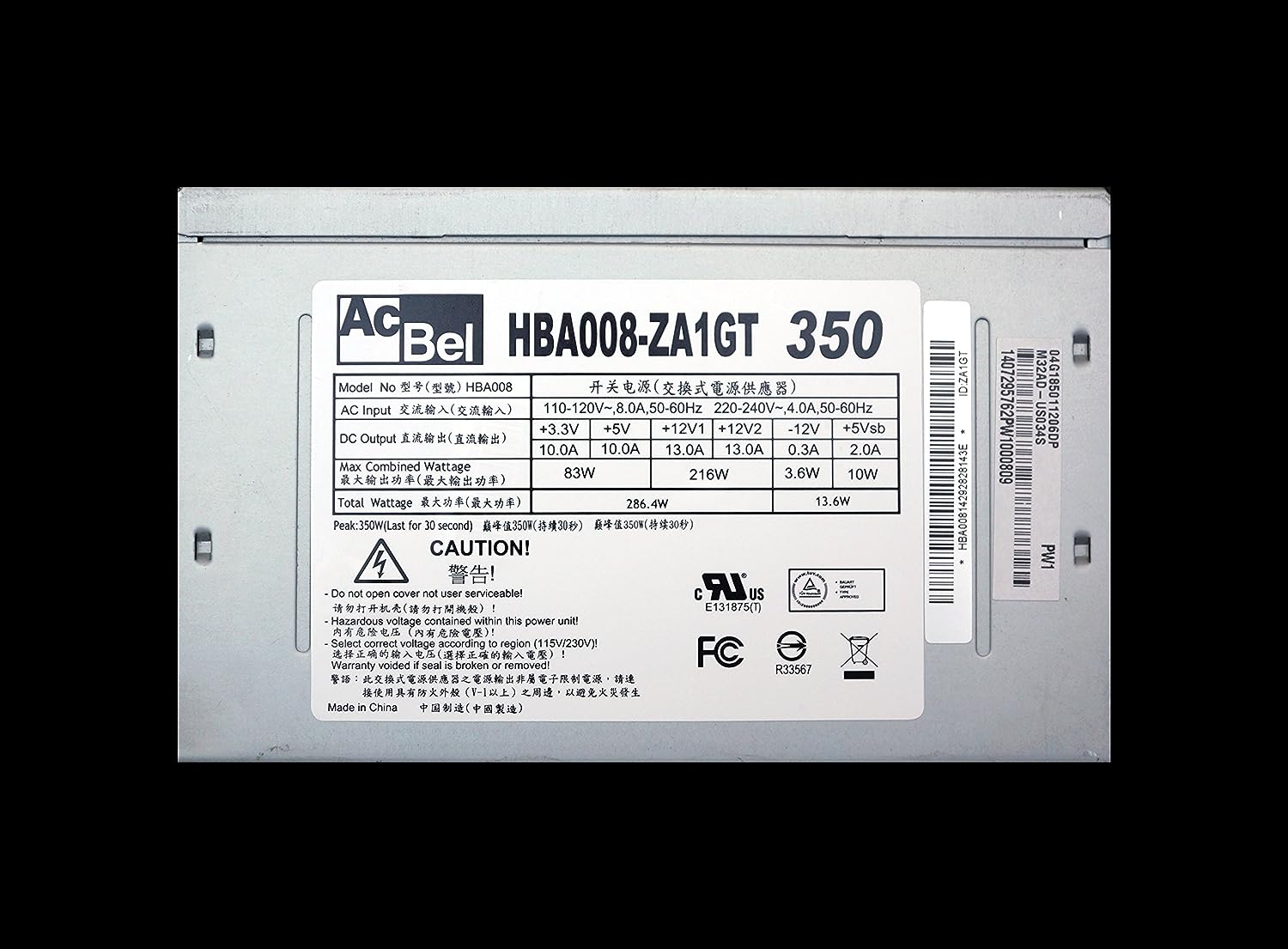 That's only 216 watts on the 12V rail - so, not even realistically close to the 350W it claims to be (large amounts of power on the 3.3V and 5V rails aren't needed these days). Further, AcBel is on the Wall Of Shame (see the first link in my sig).

It's surprising that this PSU is still running - that said, do not add or change anything in your system until the PSU is replaced. That same first link in my sig makes recommendations on good vs bad.

The good thing doing these particular updates is that a new GPU and a new Power Supply can both be carried over to a newer system when you upgrade to a modern platform.