Question Which Pump/Reservoir to choose for Mini-Itx build

I am currently planning a quite insane build with RTX 2080 and Ryzen 9 in a custom loop in mini-itx form Factor.

I am basing my case on the Streacom DA2 Modular housing. So far so good, all components found their place inside the Casing. Except for the reservoir&pump.

Do you havee any recomendations there?

Looks like there isn't a 5.25 bay, so you can't choose something with a DDC and bay reservoir...so that is out. Next best bet would be either of the following:

thanks for your answer, thats so great! Unfortunately there are no 3d models of the Pump/reservoir station so i meshed it up of other Components from ek.
The combo came out too big in 3d measuring 16cm tall. So right now the model is sticking into the bottom fan but for visualizing I think Its alright.

Do you know the total height measurement of the combo? Otherwise I will just order one unit and hope for the best. Although it looks alright on the pics in the shop. - From the name I would just guess its 10cm tall in total. But if they do not attach drawings or so..

Expandable AIOs are out for me as well as CPU/Pump stations.

Edit: I found the unit has a total height of 150mm:
https://www.aquatuning.ch/wasserkuehlung/pumpen/d5-serie/d5-vorinstalliert/26264/ek-water-blocks-ek-xres-100-revo-d5-pwm-inkl.-pumpe

That will likely be too high for mounting the reservoir updstanding. When I'm at home, I will have a look and post exact measurements for the maximum dimensions. It's roughly 150 tall.

Furthermore I found one of the materials is aluminium which is said to cause issues with the Copper used in other parts. Will that be an issue with the ek pumpstations?

If the Part is too big, would something like this be suitable? That is just a pump with a custom top. It isn't a reservoir.
0

Thats right. Question in this case is: Do I really need a reservoir or would it work without?

also: Can a pump/reservoir combo be places "laying down" without issue? That might solve the spacing issue.
0

You can build a loop without a reservoir, makes it harder to fill, by a decent margin.

Also, can lay down as long as the reservoir NEVER allows the pump to intake air. If this is possible, then yes.
Reactions: Herr B
0

Unless you go external. FrozenQ has a reservoir for the nCase M1, fits a 80/92mm fan slot. Kinda square, bolts to the outside of the case. Iceman has a similar design, but a slightly smaller reservoir that mounts a ddc 3.2 pump.

Could also turn that reservoir 90°, either bolt it to the uprights or the case.

Something like the Apogee drive II, with a res bolted to the uprights below the gpu would also work. 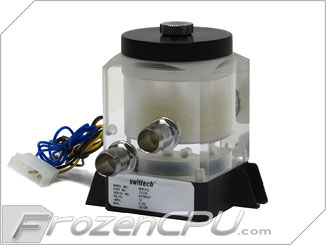 Karadjgne indeed an interesting option. If I understand that correctly, the reservoir has no pump. I would mount it in the back of the case where the Circle for a fan is and combine it with an extra pump similar to the mentioned alphacool.

I have requested some 3-D models to try and fit my case.

The Pump/reservoir combo does not suit me optically unfortunately.
Last edited: Jun 3, 2020
0

Yes, a reservoir is just a holding tank, many designs attach the res to the pump top for simplicity in mounting, but there's just as many that don't. Ideally, a res should be mounted high, ease of access, air travel etc, but it can be mounted anywhere. 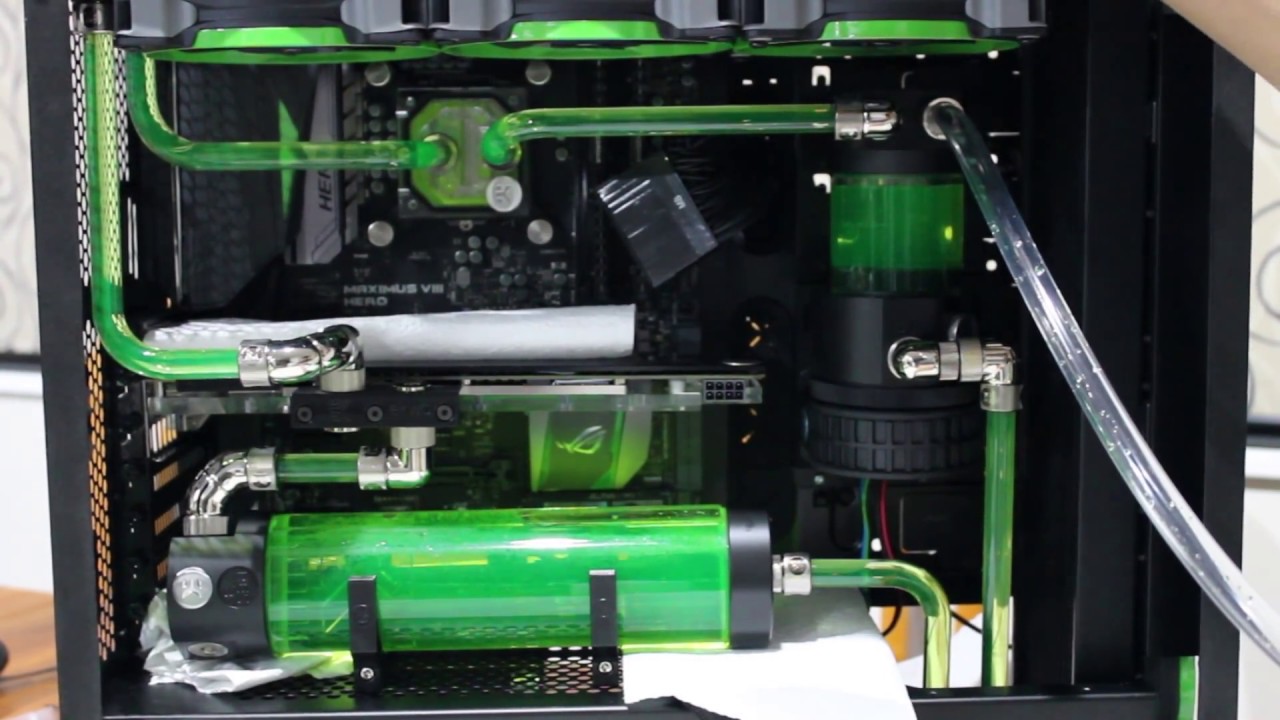 Long ago, nearly every reservoir was separate from a pump.

The idea of the reservoir connected to the pump by default is relatively new for most kits.
0

Such a simple idea, get rid of 2 fittings and pipe, that's 4x possible leak sources reduced to 1. Wonder why it took almost 20 years....
0

My Case is getting more refined now. Namely all the holes/screws from berfore disappear.

The suggested reservoir from frozenq would fit neatly. I already ordered one. I have to reverse the backplate again so that the graphics card is on the bottom and the reservoir on top.

now the next question: Cpu cooler with integrated pump or standalone pump. Are there quality combinations available or are they all crap?
Last edited: Tuesday at 5:09 PM
0

The only pump/block worth its salt is the Swiftec Apogee Drive II, but good luck getting one, it's been out of stock everywhere for months and no word if it's even going to be continued or if after this covid rash, ST comes out with a newer version.

AlphaCool has its Eisbaer solo/LT, basically nothing more than a low flow ddc inside a cpu block, which works decent most of the time as long as you don't have a restrictive loop and don't need much head pressure.

If you have the need/room, a decent D5 Would be good, if you don't have the room a plain 3.2 DDC can be stuck just about anywhere, a 2" cube.

If going seperate, do the homework on cpu blocks, some are considerably better than others and don't be sticker shy. There's a massive difference from the 'made in China' $16 cheapo's you find on ebay that make all sorts of wild and outlandish claims, and something like a Raystorm Pro, Heatkiller IV or Optimus block. Same goes for the gpu. Cheaper blocks use less refined acrylics, and especially the clear blocks tend to crack at the g¼ fittings.