Question which temp is right? Magician or HWINFO?

According to HWINFO the temp of my Samsung 1TB 970 Evo Plus NVME is either 54c or 55c, right now. It shows two scores as the 2nd is a sensor under the NVME on my Gigabyte X570 motherboard (I think, after some digging it could be on nvme as other people from years ago had 2 temps)
According to Samsung Magician, at exactly the same time. My NVME is running at 27C and is fine

I am not overly concerned about health of NVME, I believe its okay. Just curious how I can have 2 so wildly different temp readings at the same time. And which to believe. 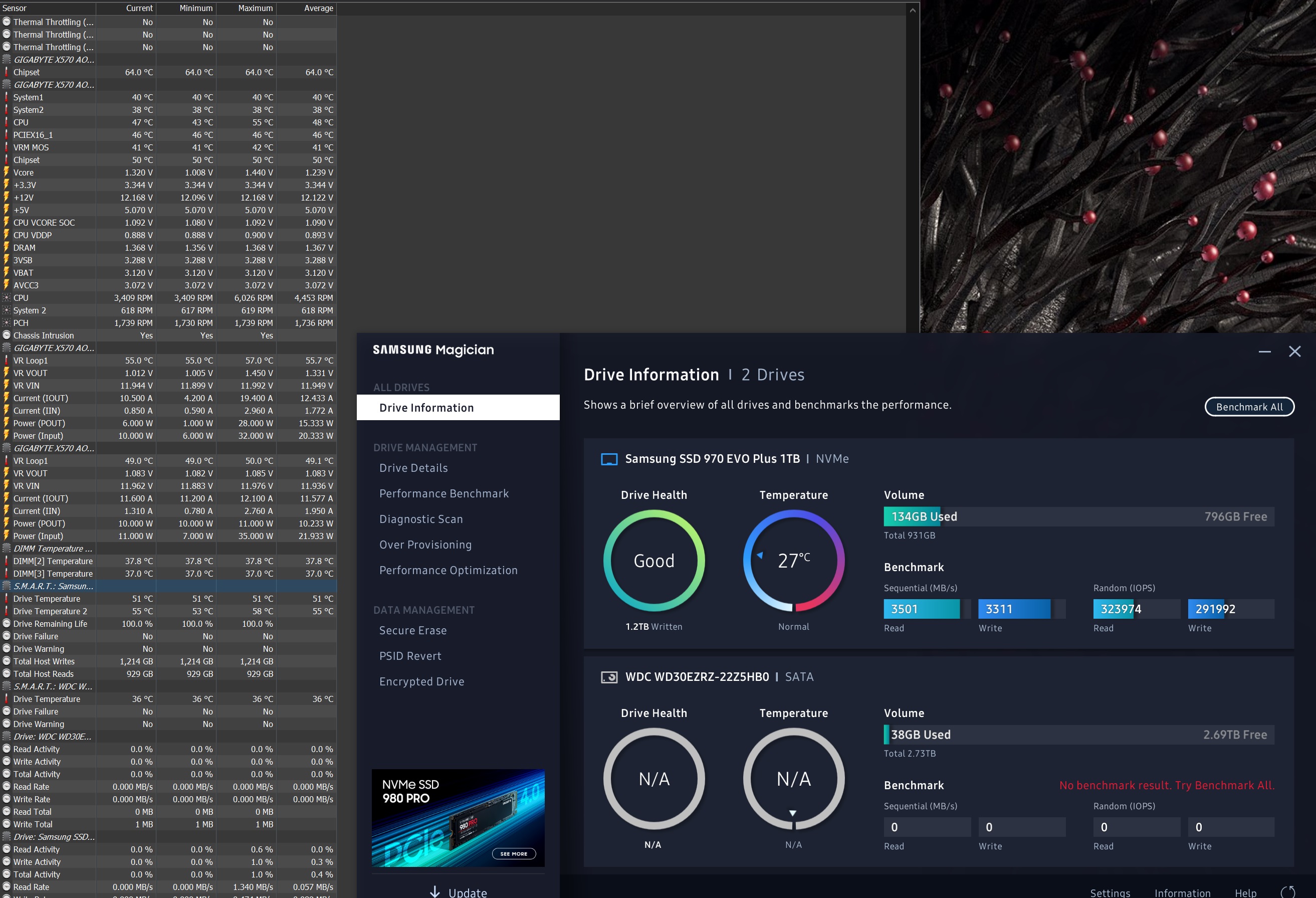 I only looked as 2 days ago the temps on Magician were showing as 55C and too high and at the same time HWINFO also had one of its total at about same score. So I assumed they were reading same chip. Now I don't know.. I noticed a discrepancy last night too once I opened Samsung Magician and saw a 20c difference.

I assume the Samsung software reads from memory controller, although I had assumed that was where one of the scores on HWINFO also came from.
HWINFO shows a string of numbers after the description of the NVME, I tried to search them in google but no results. - S4EWNS0N603781Z - It doesn't look like a GPT number, I thought maybe a sensor on the chip. Could also just be a code for the driver description.
Last edited: Oct 3, 2020
0

Sorry but I can't help with your other queries but one would hope that Samsung's own software would be the most accurate.
Reactions: Colif
0

THanks, its one less mystery.
0
B

I'm pretty sure Magician shows temp. value you should be concerned about. Btw. if you only open Magician panel, you will look at "old" temperature value. To get current temperature, you need to click on refresh icon (circle arrow at bottom-right).
0

BogdanH said:
I'm pretty sure Magician shows temp. value you should be concerned about. Btw. if you only open Magician panel, you will look at "old" temperature value. To get current temperature, you need to click on refresh icon (circle arrow at bottom-right).
Click to expand...

I am better off ignoring temps unless there is a problem