Hi guys, recently i purchased an evga gtx 1080 Ti sc2 and after plugging it in an playing some games i noticed that the fps was not meeting expectations at all.
in Warzone for example, with my gigabyte G1 gtx 1080 i was averaging around 80-90fps on 1080p at maxed settings (Rt off) at 1080p
but with the 1080 Ti i am still playing at 1080p with the same settings and getting around 70fps, i ran some stats whilst playing the game and will post a screenshot below, i have not yet benchmarked the card. It is running the latest drivers as of right now which is the 445.87.
my system specs are:
ryzen 5 3600
corsair 650W PSU
Samsung 860 evo 1TB
WD blue sn550 NvMe SSD
16gb of corsair vengeance ram at 3200 mhz
Is there anyone else having the same issues as me? and are there any ways i can improve on the performance? Thank you

UPDATE
the plot thickens... I ran minecraft with some shaders which should be no sweat for the 1080 Ti, especially at 1080p, at the same time i opened up GPUz and found that it was under max load, even though temps were normal, ill put the screenshot down below. Does anyone know what the problem could be? 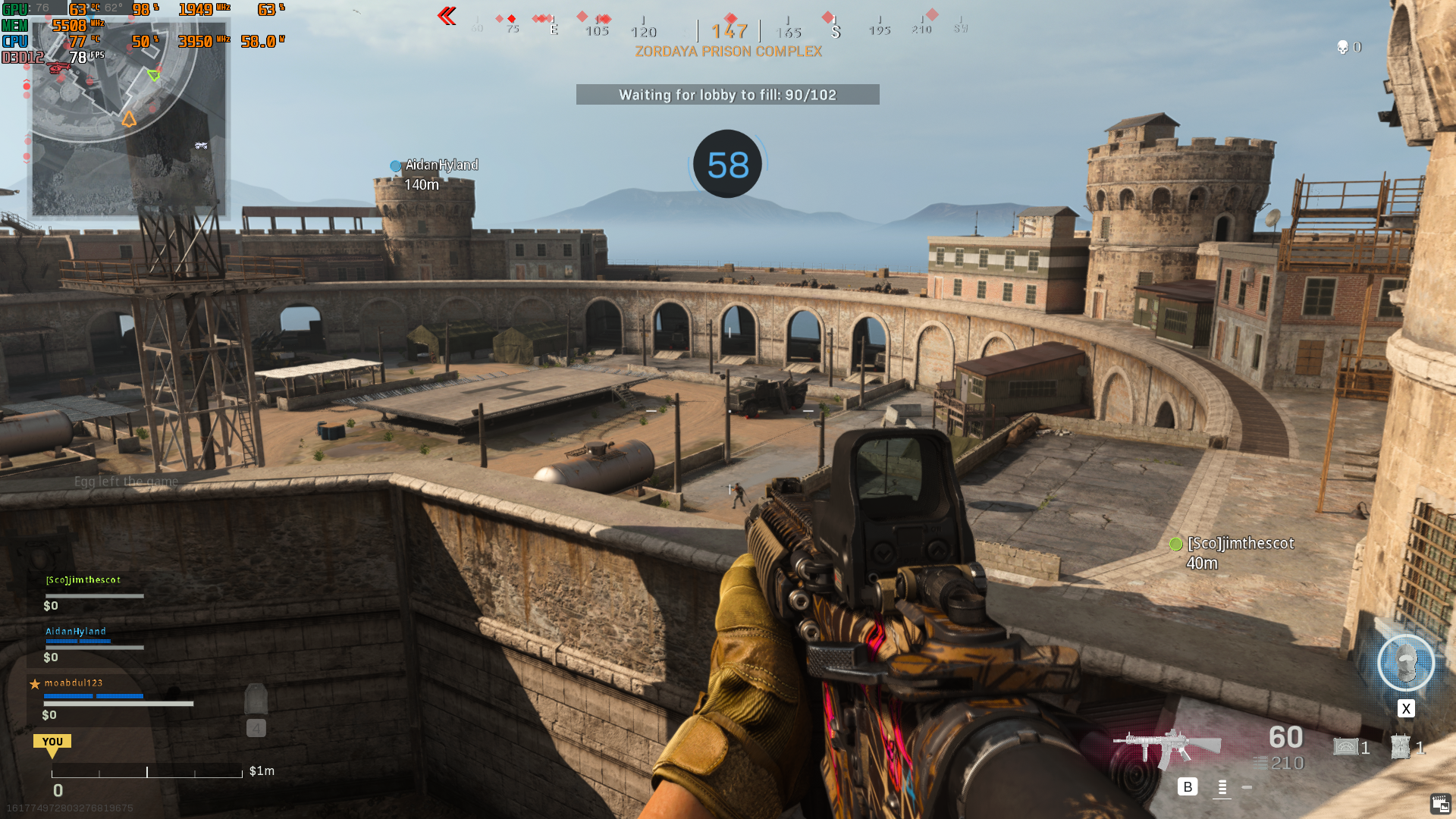