Hello, before explaining my issue, here is my current system config:

Both NVME drives are set to PCI-E Gen 3, X4 Speed in Bios.

So, before upgrading my system drive from 960 EVO to a 970 Evo Plus last week, I never experienced any issue at all.

I did a fresh W10 install, with only the 970 Connected, and after installing all the drivers (including NVME Samsung drivers) I reconnected all my other drives.


Reformatted the 960 and as soon as I started copying over some files from 1TB HDD to 960, I've experienced Blue Screens or unresponsive Windows (Can move mouse and some window, but everything else was froozen, CTRL-ALT-DEL not working, hard reset required)
I've tried resetting my bios to defaults, as I have some light OC, but the issue persisted.

Somehow I managed to copy all my files and the system seems to be stable.

But today the issue started again.
I was using Ableton Live, and while browsing trough Samples, opening VST's and so on (on the 960), I experienced the same complete freeze as before.
Couldn't do anything, only hard reset.
I tried again the file copy test, because I was thinking Ableton was the culprit, but it frooze again while copying files from 960 to 1TB HDD.

I don't know what is really going on, because even if the new 970 is defective, the issue happens when accessing the 960!
All the drivers are installed and updated, In Samsung Magician everything is on the latest update.

But there is something strange, I cannot do a Benchmark/ Diagnostic test on the 960 because in Samsung Magician it says Volume Not Found, even if it is there and accessible in Windows.
Last edited: Feb 7, 2021
0

seems like a replay of this thread - https://forums.tomshardware.com/threads/no-volume-found-on-my-brand-new-ssd.3449840/
0
F

No, the 960 has a letter assigned and available in Windows. Only Samsung Magigian doesn't detect it, but I think its because it is a dynamic disk. I have to reformat it.

But Windows still freezes even after removing my old 960, so it is the new 970 that is causing some issues, besause It goes 100% usage in task manager before freezing everything.
0

Probably is the new drive if you didn't have any of these problems before you got it. I would contact Samsung and arrange an RMA.
0
F

Colif said:
Probably is the new drive if you didn't have any of these problems before you got it. I would contact Samsung and arrange an RMA.
Click to expand...

I think Ill just return It since I bought it from Amazon and get another brand, because I've seen so many peoples having the same issue with Samsung 970

Now I'm in safe mode and copying some files and It is just working without issues, and seems to be also faster.
Ill try another clean install and see how It goes
0

are you using the Samsung NVME drivers? won't help with the other drive not being seen.

Colif said:
are you using the Samsung NVME drivers? won't help with the other drive not being seen.
Click to expand...

Yes, I'm using latest Samsung drivers.
Removing the and using the default Windows nvme drivers instead of freezes I get WHEA_UNCORRECTABLE_ERROR bsod.

The other drive (960) its detected and working, the only thing is that Magician software says "no volume found" when attempting to do a benchmark. But i think It is because I didn't format correctly.

In drive management is spanned, 2 partitions with same letter.

Now after backing up files Ill try to reformat and see if I can solve this secondary issue.

But the main issue is with the 970 and not the 960. It is the 970 (C: drive) that get stuck at 100% utilization and freezing the OS. Even just using Chrome without accessing other drives.

It's very hard to troubleshoot because its also random.
0

I need to test, can't remember now with all the test I've done.

But now I'm still in safe mode, copied about 300Gb of data accross multiple drives, and no freezes for now. Strange.
0
F

I have removed the 960 and doing a clean install on 970, because I coudn't get it to boot without safe mode.
The system probably got corrupted by all the restart and freezes.
It just freeze on login screen, mouse moviment is really really slow and erratic.

Will report back
0
F

Ok I think for sure it is the 970 that is defective or it is incompatible with my system.

Just after a clean install, I was installing Chrome, and got a BSOD, the same as before.

I didn't reconnected the other drives, just the 970.

I still don't know why in safe mode there are no issues.

No more Samsung ssd for me.
0

safe mode is less stressing on system in general so might not run some processes it does in normal on ssd. I don't know.

I have had 2 samsung ssd, both still work so maybe you just got a bad one. It happens. I wouldn't avoid them over just one... the 960 works doesn't it? 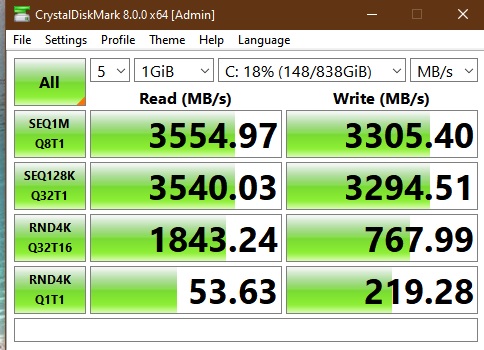 15 years ago I had a run of what I thought at time were bad IBM Deskstar HDD, it is only now in hindsight I realise it wasn't the hdd, it was the cheap no name PSU I used back then. I am not suggesting that is problem here, EVGA aren't no name cheap... but often its not the obvious cause.