I'm working with one family member's laptop - she's running an Asus laptop, UX360C, running 8GB RAM, 512GB SSD and and intel m3-7y30 cpu. It was bought like 2 years ago but it runs unbearably slow. So much as starting firefox or going to any website, hell - even typing in the start menu or scrolling down any window is so slow that even the letters appear with a lag. It gets these crawl periods all the time, then behaves OK for a few seconds but then coming to a crawl again if you so much as want to change the window.

I've checked the most obvious places like autostart but it's basically empty apart from things like Bitdefender. There's no malware, no viruses, the laptop has been under Bitdefender's protecion since day 1. It's running Windows 10, I removed all the evident Asus bloatware. The browsers are clean, no toolbars or similar garbage. And the said party member is a pretty conscious user and she can spot obvious scams so it's not like it's because of her random browsing habits and/or downloading random malware shit from the net.

I've also checked resmon readings during a sample, typical scenario: starting up the laptop, opening Firefox (or Chrome, doesn't matter - checked both), going to GMail, opening the first mail from the top. It was slow as hell, becoming unresponsive inside the windows basically 90% of the time. The readings, though? 50% load tops, both on CPU, disk and RAM, the whole time: 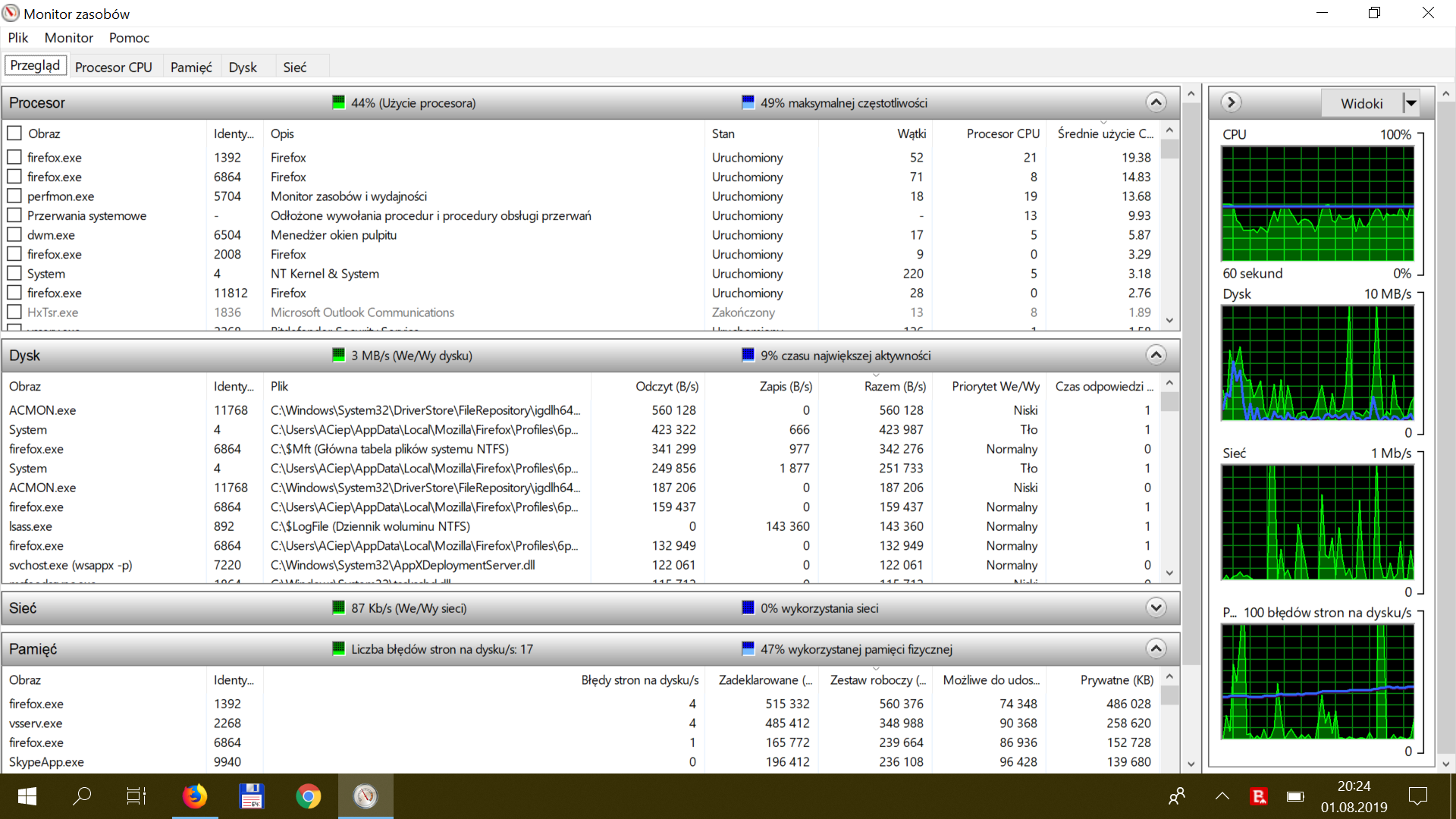 Why is that so and what else can I try to prevent this? It just seems like it has no right on earth to perform so poorly with these specs and such a clean system, the readings seem to agree, and yet - it does.

Also: I've tried uninstalling Bitdefender but it doesn't change anything. Everything is still just as sluggish. So much as scrolling down a window causes constant lags, it doesn't even have to be anything online - and yet the resmon readings stay the same...
0
S

format and clean install windows. if it's still running slow after it has freshly been formatted then you have a hardware fault which is causing it to be slow
You must log in or register to reply here.
Share:
Facebook Twitter Reddit Tumblr WhatsApp Email Link