Hi, I just discovered, only one of my graphics cards is being used, both definitely work and both are detected and show in device manager, and I can swap between them by plugging my main monitor into either card. When I run a game, if I look in Task manager or GPU-Z one card shows it is maxed out at 100% usage and the other shows 0% usage, I have also enable crossfire in radeon settings. I'm certain my motherboard supports crossfire/dual gpus or whatever, but I can't get the other second one to be used. MSI Afterburner shows the second card as "Synchronized with Master."


I get the same fps after removing one of the cards, I also know the second one isn't working as I can hear the fans when it is working i.e.- when I reboot my PC or plug my monitor into it.

-Wiping and reinstalling drivers.
-Swapping the cards round.
-Looking in the BIOS but nothing shows up there about GPUs.
-Disabling ULPS in RegEdit
-Trying to enable crossfire but I have no option to enable it. (Spent ages looking online how)

-Getting really angry and hitting my desk really hard. 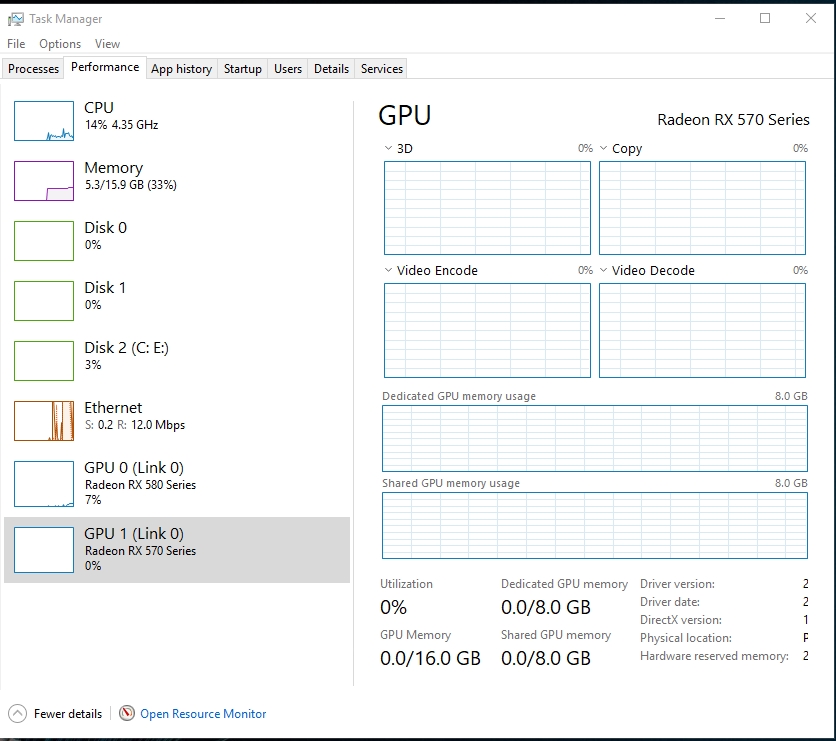 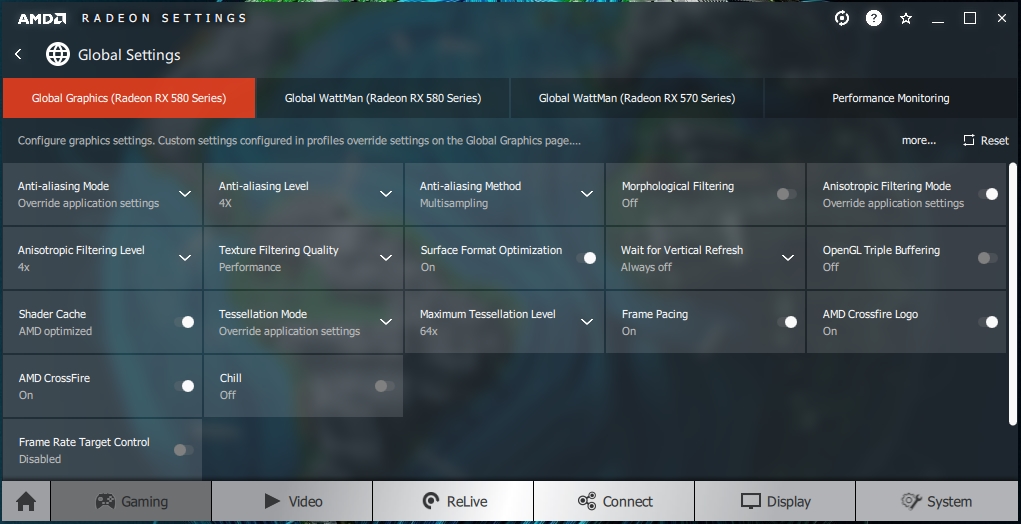 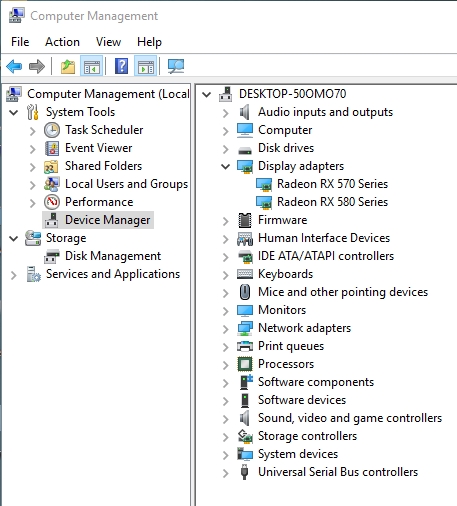 You can't crossfire a 580 with a 570. Crossfires requirements are now very similar to SLI's.
These are the requirements to enable AMD CrossFire™:

1) Do you have the Crossfire Bridge installed?
2) Are you sure you can Crossfire an RX-570 with an RX-580. What I'm finding online is that you can't just use similar cards anymore. They have to be of the same model.

Wolfshadw :
1) Do you have the Crossfire Bridge installed?
2) Are you sure you can Crossfire an RX-570 with an RX-580. What I'm finding online is that you can't just use similar cards anymore. They have to be of the same model.

Thank you for the answer.

1) I don't have Crossfire Bridge installed
2) As I research, is possible, I have tried with 2 x RX570 also the same result.

Maybe I should buy the "Crossfire Bridge"?

User's manual for your board shows the bridge being used.

You can't crossfire a 580 with a 570. Crossfires requirements are now very similar to SLI's.
These are the requirements to enable AMD CrossFire™:

It's not a bridge issue, AMD's been moving to bridgeless Crossfire and I don't believe any 470/570 GPUs even have the connector.

Unfortunately, that also takes away one of the obvious solutions. Honestly, I don't think it's all that worthwhile - multi-GPU solutions are pretty terrible nowadays and the board does Crossfired GPUs, unless I'm mistaken, at x16/x4, not x8/x8. Combine the lack of scaling and the number of games that don't support at all, and the fact that it slightly nerfs the 580, there's not a lot of performance being missed.

One last question: OP, are you using the PCIE5 slot or a PCI slot for anything? If those slots are being used, that second GPU slot runs at x2 and there may not be enough bandwidth to get the Crossfire working.
0

bignastyid :
You can't crossfire a 580 with a 570. Crossfires requirements are now very similar to SLI's.
These are the requirements to enable AMD CrossFire™:

Thanks, I had been under the impression that people were still getting x80 and x70 to work together successfully if in the same generation. People try to Crossfire so rarely these days that I must be behind.
0
K

game has to support crossfire
in most cases it wont work, and if it will work, ull get just stutter mess
0

As said before, multie-GPU-/card solutions are not worth the hassle.

Higher power requirements, much higher heat levels, lack of proper driver support for all games, lack of multi-GPU utilization in many games are among major disadvantages. They also increase the risk of crashes and lags and glitches in frame time and total fps.
0

Only DirectX 12 or Vulkan games can combine graphics cards natively without crossfire cables (or SLI for that matter). The other games require special profiles in AMD drivers.
And even then, the game has to be programmed for that capability.
The requirements are written in the link above.
You must log in or register to reply here.
Share:
Facebook Twitter Reddit Tumblr WhatsApp Email Link