I have a dual boot system with win7 32 bit on a HDD and win10 64 bit on a SSD. My GFX card is an used ASUS GTX 1060 6GB OC which is in very good condition.
The past 3-4 months I mainly used the win10 OS and everything has worked fine, no problems at all. In the meantime I barely touched the win7 OS, even if I did so, I haven't experienced anything strange.
However today I saw that MSI Afterburner and GPU-Z shows my GPU uses 2-2,2 GB of VRAM immediatly after I start up win7 while idling on the desktop. Every other stat is normal. (clocks, temps, load, cpu usage, ram usage). I have a single Full HD monitor with 60Hz. On the win10 OS it's only uses 150-210 MB of VRAM which I think is normal.

Things I tried:
Disable hardware acceleration in Chrome
Uninstall Chrome and start up win7 while disconnected from the internet
Malwarebytes scan on both OS (found only on the win7 OS some PUP from a pop-up blocker Chrome extension I don't use anymore because it sucks.)
Reinstall Nvidia drivers using DDU
Checking processes using windows taskbar, process explorer and HWINFO. All shows nothing that would eat up my VRAM. The highest VRAM user is DWM.exe with 42 MB.

so its not afterburner using the ram? 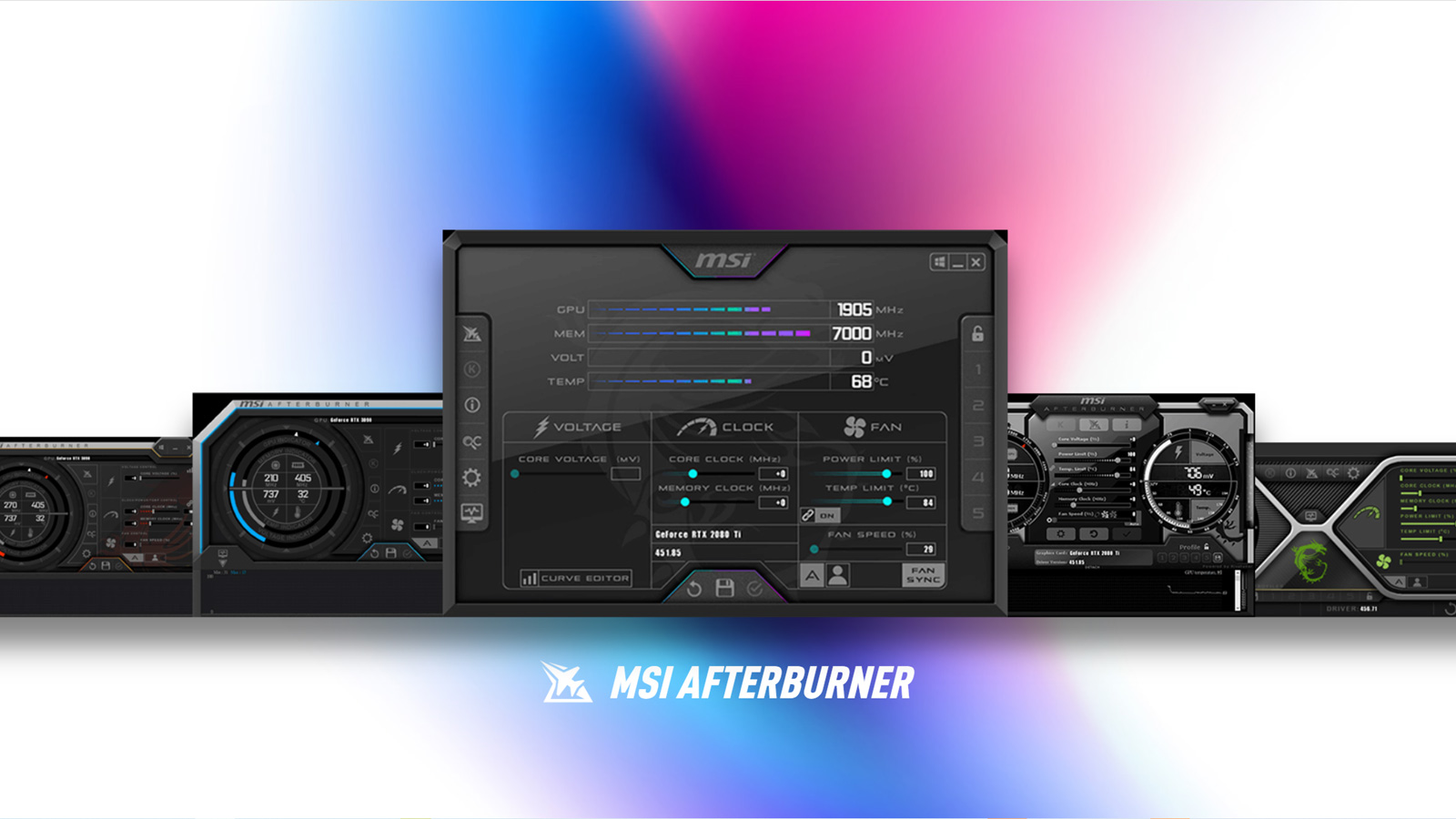 Windows gamers and power users are being targeted by fake MSI Afterburner download portals to infect users with cryptocurrency miners and the RedLine information-stealing malware.

normal for dwm.exe to be using gpu. nothing would appear on screen if it didn't
0

I can't measure VRAM usage in safe mode sadly because Afterburner nor GPU-Z not launch in that mode.

If I only launch GPU-Z it still shows that 2GB VRAM in use.

If I launch a game, the VRAM usage increases as the game use it as well. So default 2GB VRAM+ for example 1 GB VRAM for the game= 3GB VRAM usage shown in Afterburner.
I started to think that maybe it is a 32 bit limitation, meaning it can't use more than 4 GB of VRAM. So the system loads 2 GB VRAM as default (6gb minus 4gb) and then adds more as it needed for games. At the end of the day it can use 4GB of VRAM for games but it will show as it using 6GB. Sadly I only have one game which use more than 4GB of VRAM but it require a 64 bit system, so I can't test it on the win7 OS.

Interesting topic about the fake afterburner though, but I downloaded it a long time ago and had no problem with it.

What do you think?
0

I have seen something like this recently but I can't remember details...

this is unlikely to be cause on a PC you rarely use
Try a clean boot and see if it changes anything - make sure to read instructions and make sure NOT to disable any microsoft services or windows won't load right - https://support.microsoft.com/en-au/help/929135/how-to-perform-a-clean-boot-in-windows

It doesn’t delete anything, it just stops non Microsoft programs running with start. Easy to reverse.

if clean boot fixes it, it shows its likely a startup program. You should, over a number of startups. restart the programs you stopped to isolate the one that is to blame.


Win 7 doesn't get any updates and if its been off... how can it have changed. Probably been there a while, and you didn't notice before?
0

So it turned out it's the OS version.

I swapped my card with my previous GTX 1050 Ti which has only 4 GB of VRAM (with the same driver version). After startup both Afterburner and GPU-Z showed around 147-200 MB of VRAM usage and showed correct values in-game. After I put back the 1060 it showed 2 GB of VRAM usage again.

So as it seems 32 bit OS not only limit the max RAM you can use but the max VRAM too, which is 4 GB.

max vram for 32bit is indeed 4gb, it can't access anything higher than that. its more to do with windows, than the gpu. Biggest file size is 4gb. If its running 32bit, it can only access 4gb ram, and cpu can only map 4gb of memory addresses from the gpu

whereas a 64bit can access up to 16 million tb, meaning... a 64 bitsystem has so many memory addresses that the VRAM on the gpu never cuts into ram space. that isn't what is happening here.

I don't know why it uses 2gb.
Reactions: Gebaben
0

how much ram does it show in use? the vram on the gpu should be biting into your total ram amount, so putting a 6gb card on a PC that only has at most 3.5gb for you to use makes me wonder how.. 4gb cards should also be improbable. Unless you running completely off the page file.

Also here is another about the vram usage after launch: https://ibb.co/hm5Lj2D You can see the time since launch is 46 sec.

I haven't experienced any negative effects, like running out of memory.

I've tried it to stress it so I opened a chrome tab while playing Skyrim . The results was that ram + vram usage could reached 5,7 gb in total.
Last edited: Dec 11, 2022
0

whats max ram you have access to in win 7?
page file size is just max, it doesn't necessarily use it all. Mine is about same size but I only use 500mb

sure the 2gb you are seeing isn't the igpu?

Shouldn't it be 6144? I've got a GTX 1060 6GB graphics card and earlier today I installed 16GB RAM (I previously had 12GB) which is recognized and seems to be working fine, but when I check Dedicated Video Memory it says: 2048 MB. I'm sure my graphics card was working properly before I...

what shows in dxdiag?
0

In control panel it says 3,45 gb ram usable.
In task manager it says 3535 total physical memory as you can see on the second pic I sent previously. Moreover 2187mb available and 1904mb free memory.