HWmonitor is a really poor choice, especially on AM3/AM3+ chipsets. There are a lot of boards where HWmonitor is really inaccurate or in fact completely erroneous, using the wrong sensor to supply data on one thing or another.

If you're going to use something other than AMD Overdrive for monitoring on that platform I'd recommend using Core Temp for thermal monitoring, with the advanced setting set to distance to TJ max for thermal fields like I recommended earlier in this thread, and/or HWinfo. HWinfo is a far more reliable monitoring utility than HWmonitor. There are some detractors on that fact, but it's been proven time and time again over the years. I don't even bother pointing to the evidence anymore as it's easily out there for anybody to find if they look for it.

Pretty sure I posted my spiel on monitoring software previously in here, but just in case I didn't, I'll post it again. It's based on a lot of hours of doing this, and a lot of examples of what works and what, well, SOMETIMES works. And "sometimes" working just isn't acceptable.

Monitoring software​
HWmonitor, Open hardware monitor, Realtemp, Speccy, Speedfan, Windows utilities, CPU-Z, NZXT CAM and most of the bundled motherboard utilities are often not the best choice as they are not always accurate. Some are actually grossly inaccurate, especially with certain chipsets or specific sensors that for whatever reason they tend to not like or work well with. I've found HWinfo or CoreTemp to be the MOST accurate with the broadest range of chipsets and sensors. They are also almost religiously kept up to date.

After installation, run the utility and when asked, choose "sensors only". IF you get a message about system stability you can simply ignore it and continue on WITH the option to monitor the sensor OR you can disable the monitoring for THAT sensor and continue on based on the option it gives you at the time. If you choose to continue on, WITH monitoring of that sensor, which is what I normally do, and there IS instability, that's fine. It's not going to hurt anything. Simply restart the HWinfo program (Or reboot if necessary and THEN restart the HWinfo program) and THEN choose to disable that sensor, and continue on with sensors only monitoring.

Next, run something demanding like Prime95 (With AVX and AVX2 disabled) or Heaven benchmark. Take another set of screenshots while either of those is running so we can see what the hardware is doing while under a load.

For temperature monitoring only, I feel Core Temp is the most accurate and also offers a quick visual reference for core speed, load and CPU voltage: 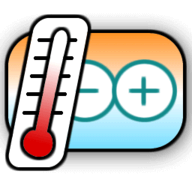 For monitoring on AMD Ryzen and Threadripper platforms including Zen or newer architectures, it is recommended that you use Ryzen master if for no other reason than because any updates or changes to monitoring requirements are more likely to be implemented sooner, and properly, than with other monitoring utilities. Core Temp and HWinfo are still good, with this platform, but when changes to CPU micro code or other BIOS modifications occur, or there are driver or power plan changes, it sometimes takes a while before those get implemented by 3rd party utilities, while Ryzen master, being a direct AMD product, generally gets updated immediately. Since it is also specific to the hardware in question, it can be more accurately and specifically developed without any requirement for inclusion of other architectures which won't be compatible in any case. You wouldn't use a hammer to drive a wood screw in (At least I hope not) and this is very much the same, being the right tool for the job at hand.

As far as the older AMD FX AM3+ platforms including Bulldozer and Piledriver families go, there are only two real options here. You can use Core Temp, but you will need to click on the Options menu, click Settings, click Advanced and put a check mark next to the setting that says "Show Distance to TJmax in temperature fields" and then save settings and exit the options menu system. This may or may not work for every FX platform, so using AMD Overdrive is the specific, again, right tool for the job, and recommended monitoring solution for this architecture. Since these FX platforms use "Thermal margins" rather than an actual "core/package" temp type thermal monitoring implementation, monitoring as you would with older or newer AMD platforms, or any Intel platform, won't work properly.


For more information about this, please visit here for an in depth explanation of AMD thermal margin monitoring. 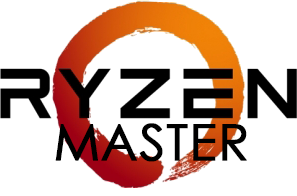 
Also, posting screenshots, when requested, is helpful so WE can see what is going on as well and you can learn how to do that here:

Well I only read the VCORE values using HWmonitor. and I measure Thermal margins using AMD Overdrive, there is a difference between Overdrive's and Coretemp's readings, ive mentioned this before. Coretemp for at least these chips is 10 degrees higher (Thermal margin) than AMD overdrive. Meaning it's maximum value of TJMax is higher than AMD Overdrive, and this isn't right for the FX chip,. I believe thermal max is 70 ? Or 62 according to some places ive looked.

I have been using HWmonitor and HWInfo and the VCORE readings are identical. But I dont read temperatures. So I am using 3 monitors for different purposes. But I am fully aware of the issues now with temperature readings. I only use AMD Overdrive for that.
0

So far so good , at least now I have a plan in case stability is still an issue , thank you once again for all your help. I'd literally be lost without it.
Last edited by a moderator: Oct 4, 2020
0

My pleasure. It's what we do. I can't heal the world, but I can help a few guys get their rigs in order. LOL.
0
J

Oh I dunno, when it all works lol feels like the world is a better place