I threw together this PC not long ago out of spares that I've had lying around the house.

I decided to add the H100i since it's there to be used, initally I plugged the H100i cable into the wrong slot (like an idiot) which caused the PC to turn on and off. However once I'd figured out what had happend, I plugged it into the correct slot. This is when it burnt somthing, a bit of smoke appeared from the cable, which of course I instantly turned off the PC and tried to sus out what the issue was.

Of course, I could not detect what was wrong and continued building it. However from here on, the USB's would not work at all.

The Display works and I get to the 'Please insert bootable media' screen but none of the USB's at the front of the PC or back I/O want to work.

Would I be correct in assuming that they've potentially fried? Which is still strange since I'm still getting a display output.

And yes, I tried the keyboard/mouse on another PC to make sure they're still working... they are.

if you use another spare mobo using the same setup (and correctly alligned the h100i cables), and it works, your Z97 might have faulty bcs of this
1

The, i assume, usb cable from the cooler is still attached to the motherboard? No bent pins in the socket you wrongfully used? Might well have fried the usb ports.

Which port did you use first instance? And then after that? 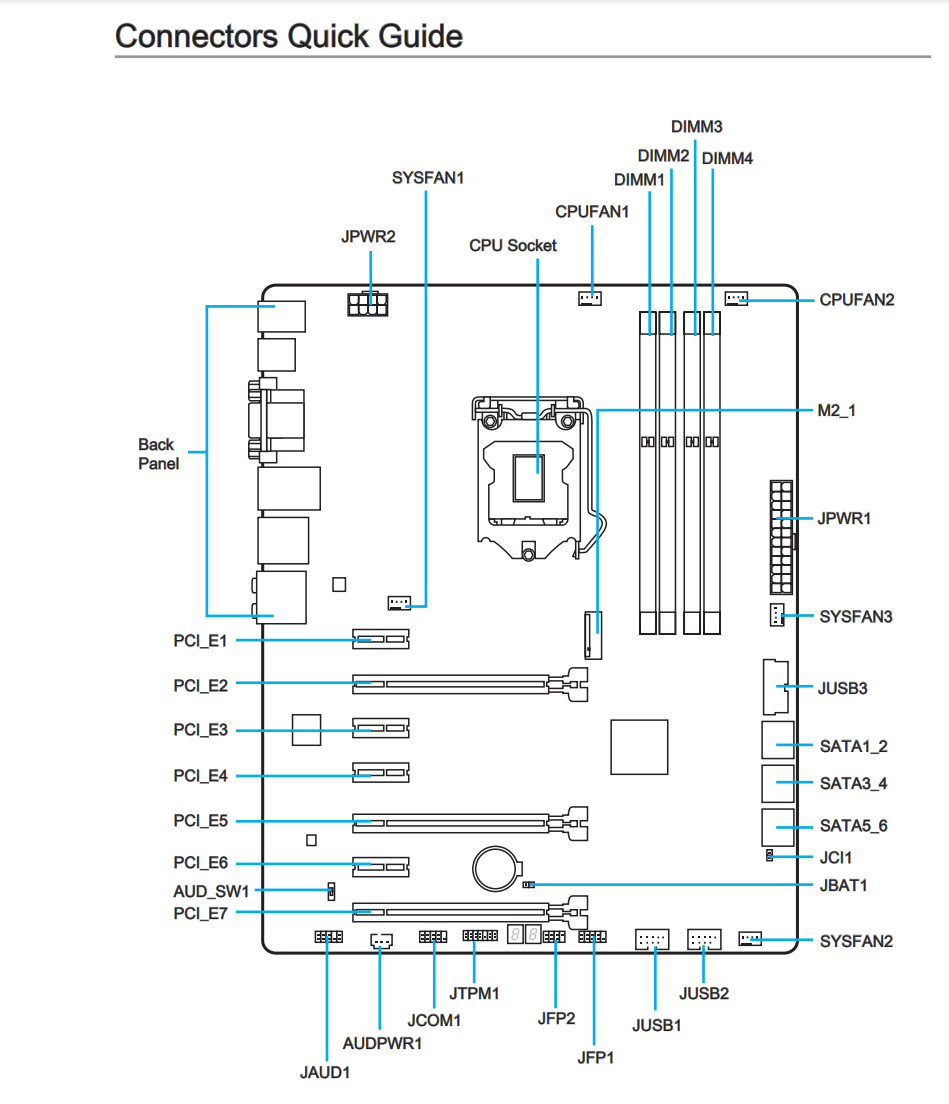 I'm fairly certain I've just fried the USB ports unfortunately, I suppose I can always pick up a moderately cheap-ish one to check cables amongst other things. I'll give it another look over and test and get back to you guys once I get the time to do so.

Being dumb at the time I believe I plugged it into the JUSB1 socket then into the JFP1 which I think tripped it.
0

After poking around I found out that resetting the CMOS battery made the previously undetectable USB ports now function correctly.