Whenever I play Apex Legends (it's the only game I play) it makes the whole PC stutter every 3-4 mins (for 2-3 secs everything freezes). Although stuttering also happens when I am not gaming and just browsing but it's 2-3 times per day. This issue only started last month. Also I got my GPU replaced last month, so it can't be GPU. I checked temperatures during gaming and it's all under 70 Celsius on GPU, CPU & Mobo. PC is little less then 2 years old but PSU is 12 years old.

Where should I start ? Coz it could be motherboard or CPU or PSU or RAM or GPU, it's hard to figure out as I don't have 2nd desktop to switch parts & find the faulty hardware.
I think it's most likely PSU but I just don't want to buy new PSU for $100 then later realize it was something else which was faulty.
0

A 12 yo PSU is not reliable anymore. Replace it before further troubleshooting.
Reactions: adikumar2010
0
A

One thing also I forgot to mention there was BSOD issue which fixed by itself maybe it is connected to this issue, you can check here :

Question - BSOD whenever I start gaming ?

Whenever I launch any game and play for 2-3 minutes it crashes the whole PC. This issue only started last month. Also I got my GPU replaced last week, so it can't be GPU. I checked thermal during gaming and it's normal on GPU, CPU & Mobo. PC is little less then 2 years old. CPU : AMD Ryzen 5...

so after all this still the same old psu?
0
A

rgd1101 said:
so after all this still the same old psu?
Click to expand...

What has changed in the last month?
Perhaps windows has pushed out a less than optimal update.
If you can, try system restore to reset the pc back to when all was well.

Look for some event that starts up every 3-4 minutes.
We are rife with apps that constantly start up on their own,
One example is email doing a send/receive every 4 minutes.
Apps like printers are constantly checking for updates.
Nvidia may also be doing this.

I really doubt the psu is the issue.
That said, a quality psu might be a good long term investment.
$100 may not be enough to buy a quality unit with a 7-10 year warranty.
Reactions: adikumar2010
0
A

Here the screenshot of hwinfo after 1.5 hours of gaming (Right click and open it new tab to zoom in) : 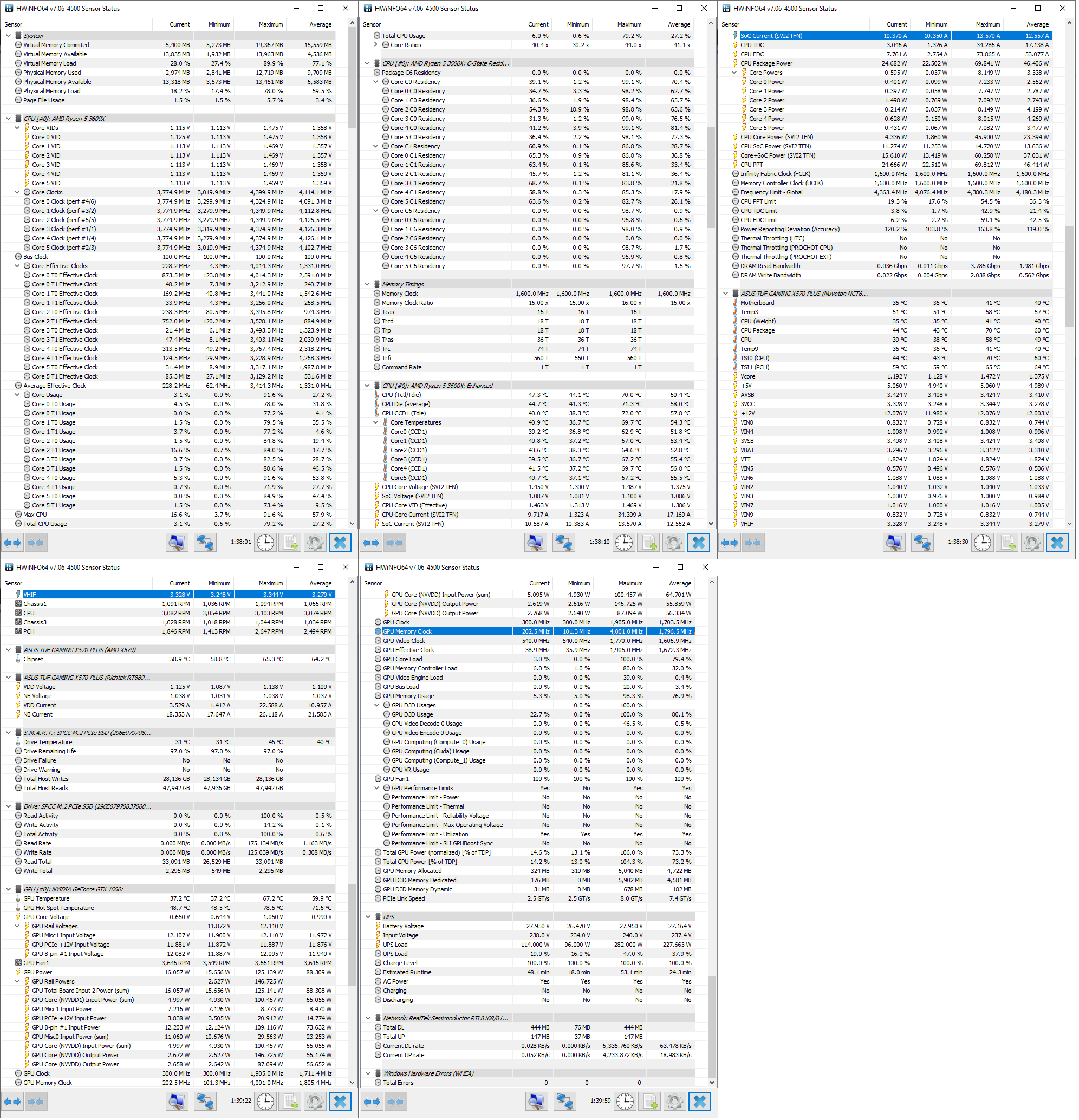