I got the following problem:
After the Teardown/Cleaning of my GPU it doesn't work anymore. I already did it very often.
I used only a bit of isopropyl alcohol to clean it. Of course I discharged myself I don't know how it's called, maybe (ESD or something like that

)
Bios Settings are all correct and I even removed the CMOS Battery.
If the GPU is on the Mainboard, my iGPU still does work (If I put the DVI cable in the onboard GPU), that's probably because my GPU doesn't get recognized. The White/normal Status LED from the GPU is on and the fans are rotating.

The PC is booting, but the dGPU isn't recognized, only my Intel HD530.

The Card worked just fine before I have it since 3/4+ years. It was just dusty and I wanted to clean is as usually. The card was not too hot or something.

Here some pictures even though they probably won't help at all. 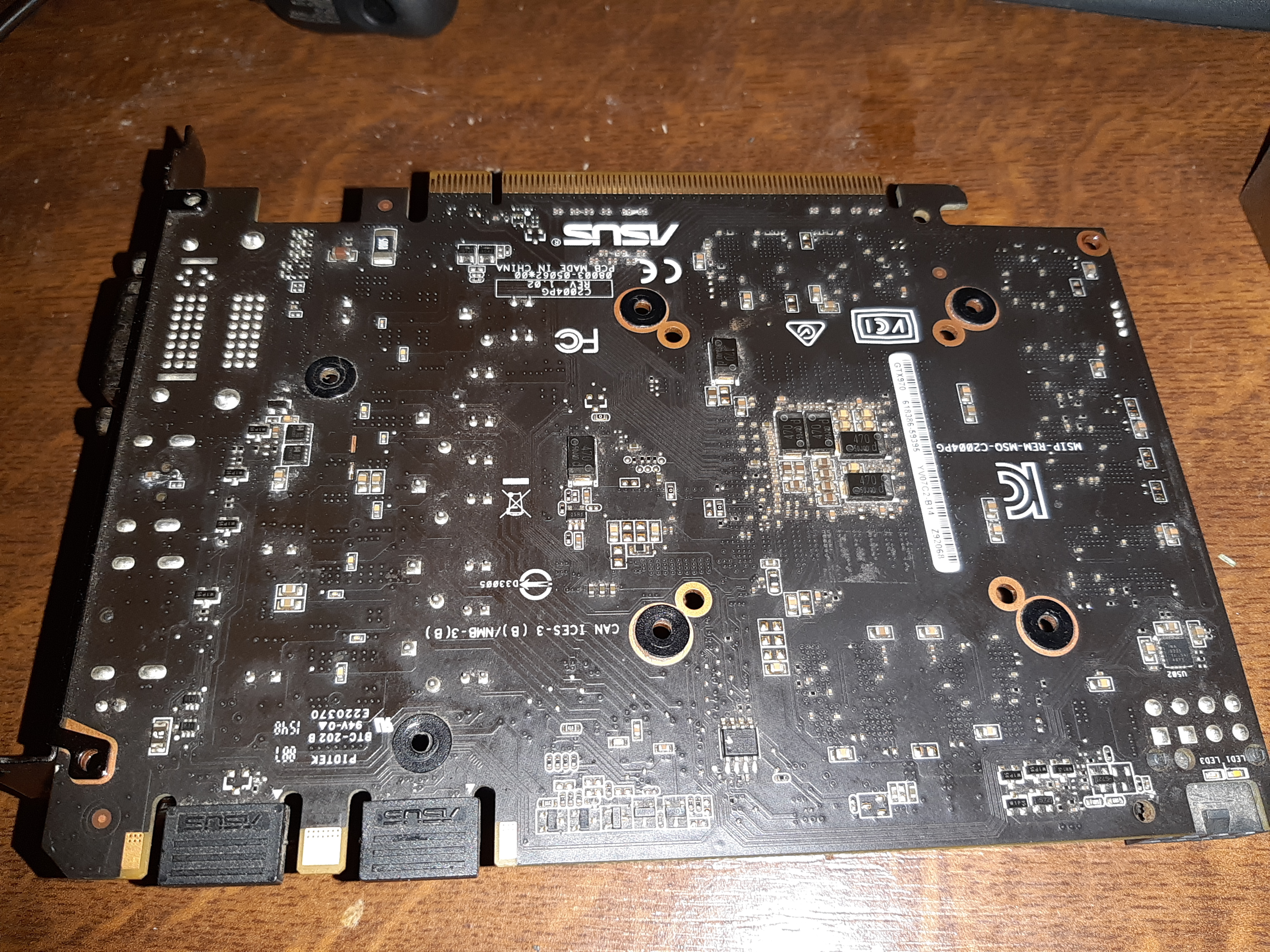 I hope anyone can help me. Right now I can't afford a new card especially because of all scalpers.

Edit:
I tried another Mainboard, but with the same PSU. Doesn't work either. Must be something with the GPU or PSU then. Even though I guess the GPU.
Last edited: Mar 20, 2021
1

Since you have a bare PCB on a wooden table, there might be some components knocked off and now missing on the back... or chip damage during heatsink installation. 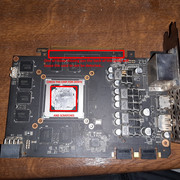 Thanks for the quick answer! I had wool under the card so it doesn't scratch off anything. And it seems like it didn't. The Chip looks clean as well.
After using a flashlight and a magnifying glass I found 2 things:

https://ibb.co/3s4MtsC
One solder joint of each area looks darker
https://ibb.co/DgMFmRY
Here this looks like a scratch, not sure if it was there before.
Other than that the GPU looks just fine.

Edit: I forgot to add, that even though the fans from the GPU are spinning, they spin really slow. This card used to be one of the loudest card I've ever had, but now it's silent.
Last edited: Mar 21, 2021
1

Take high res photo of the back of the card and the front, I'll see if I can spot anything.
The spots you showed are mounting pads for additional core power phases. Disregard.
0
F

First of all thank you so much for trying to help me.

Right now i cant do a "High res picture" because my other phone broke a week ago. But I used additional lightning and split both Front and Back into 4 Pictures and i hope thats good enough to spot anything. 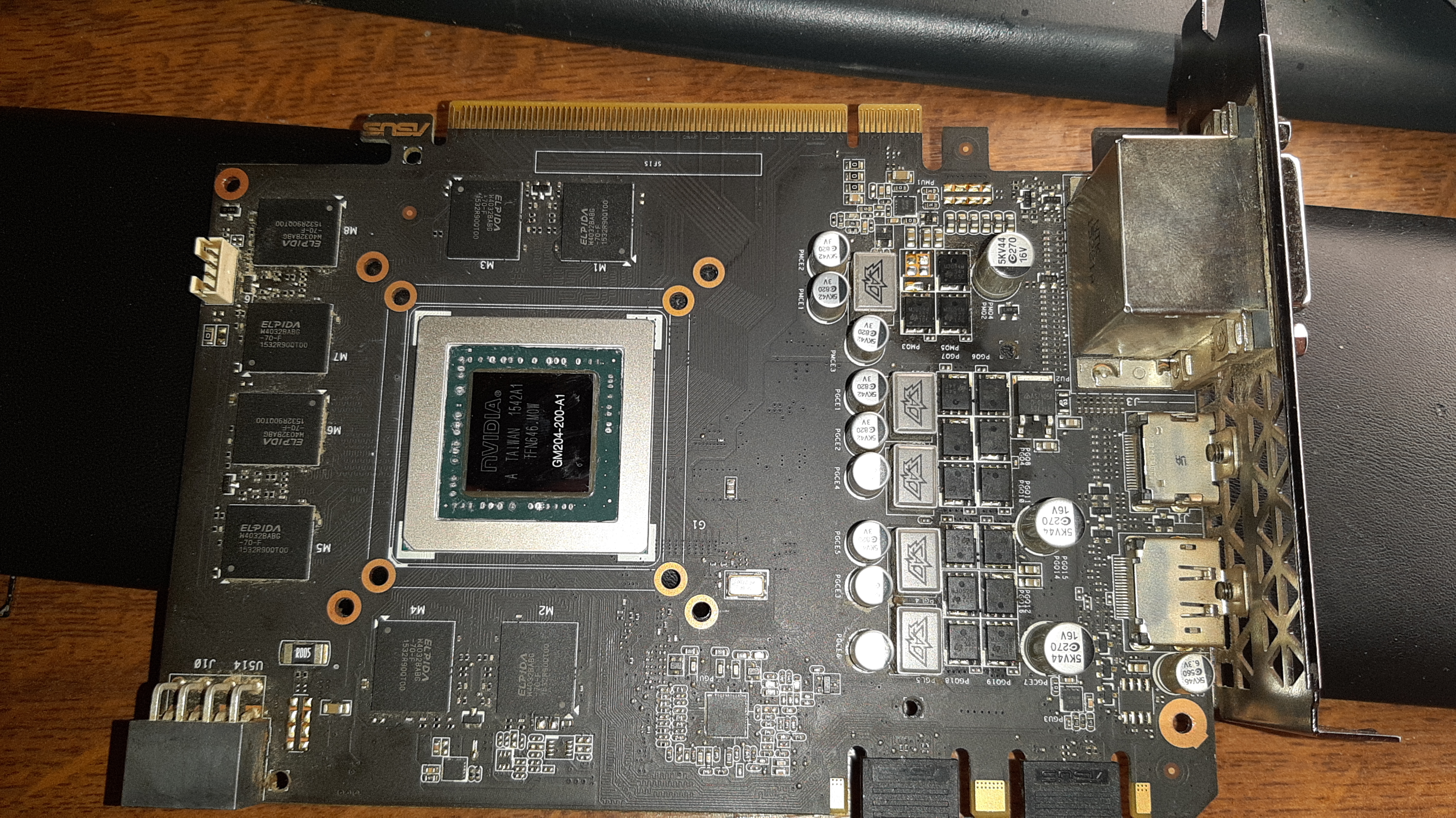 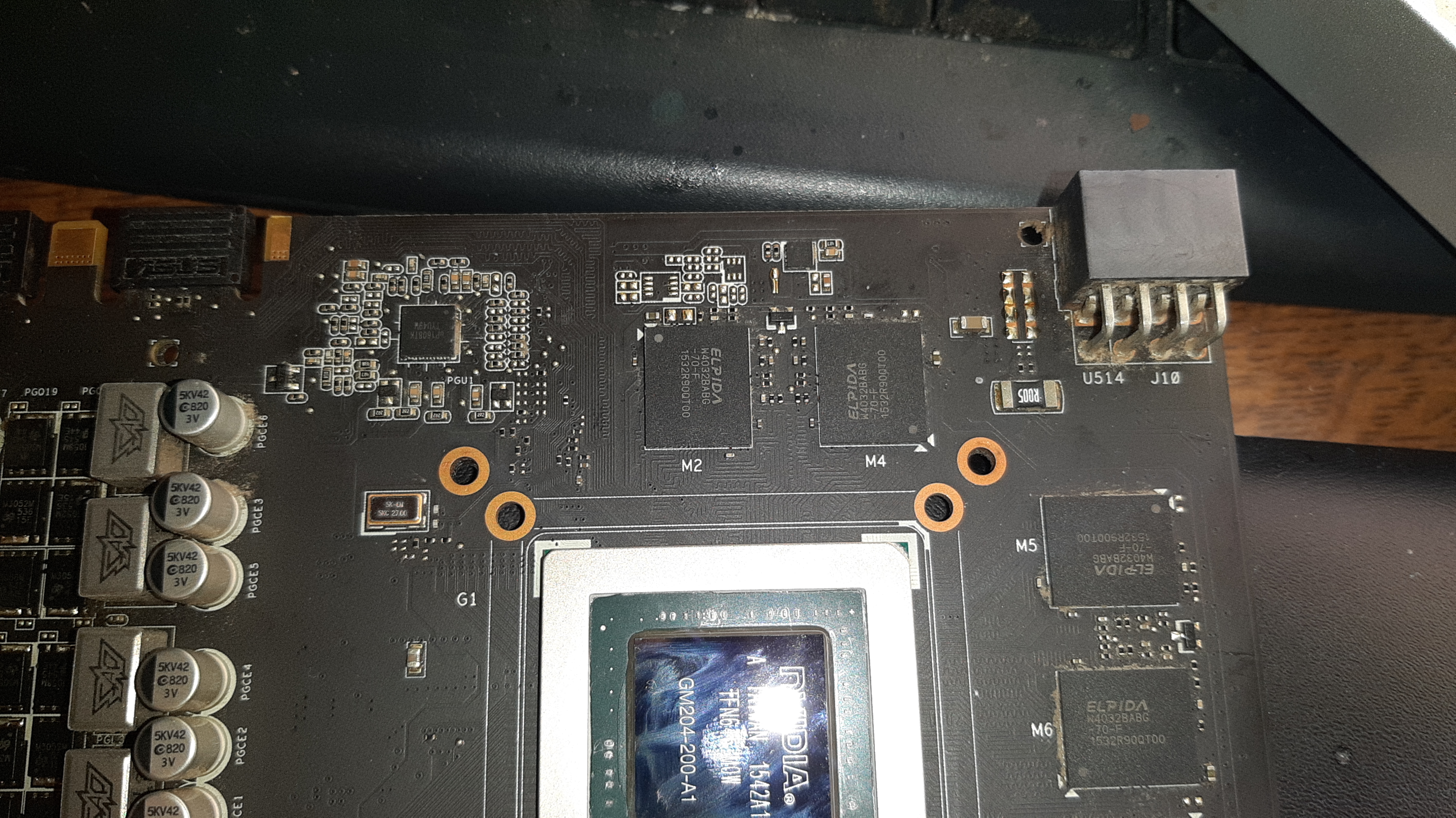 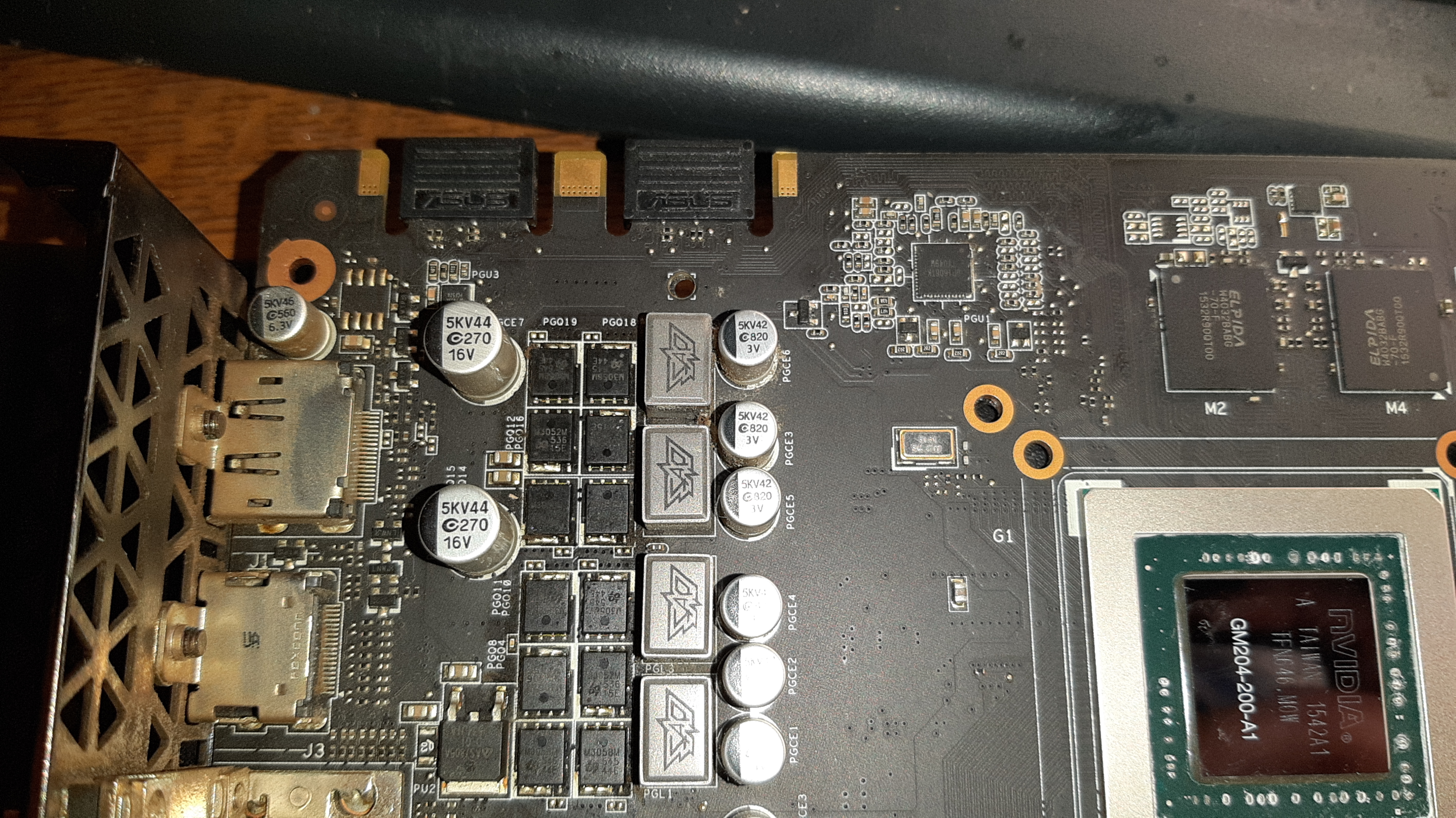 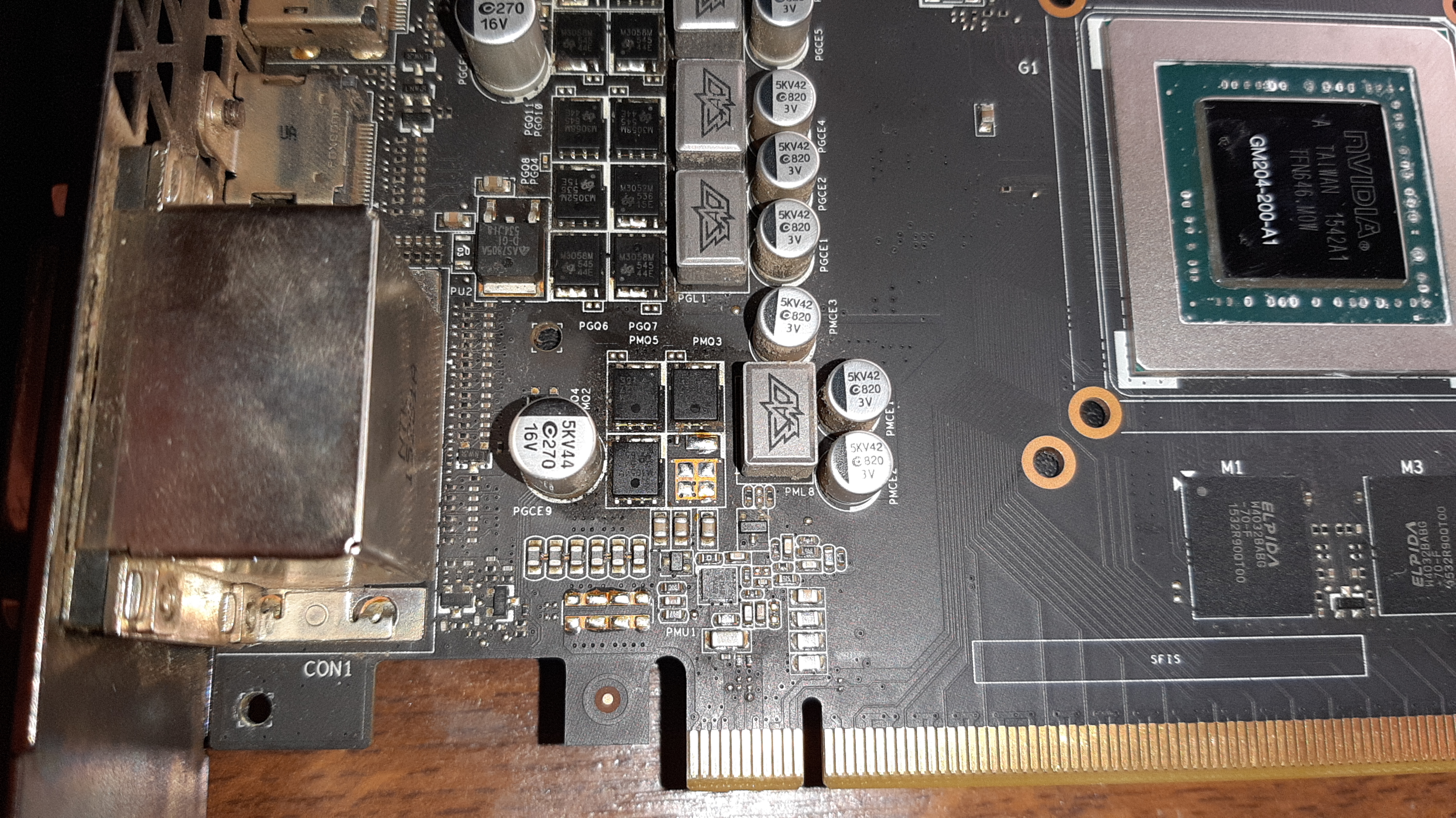 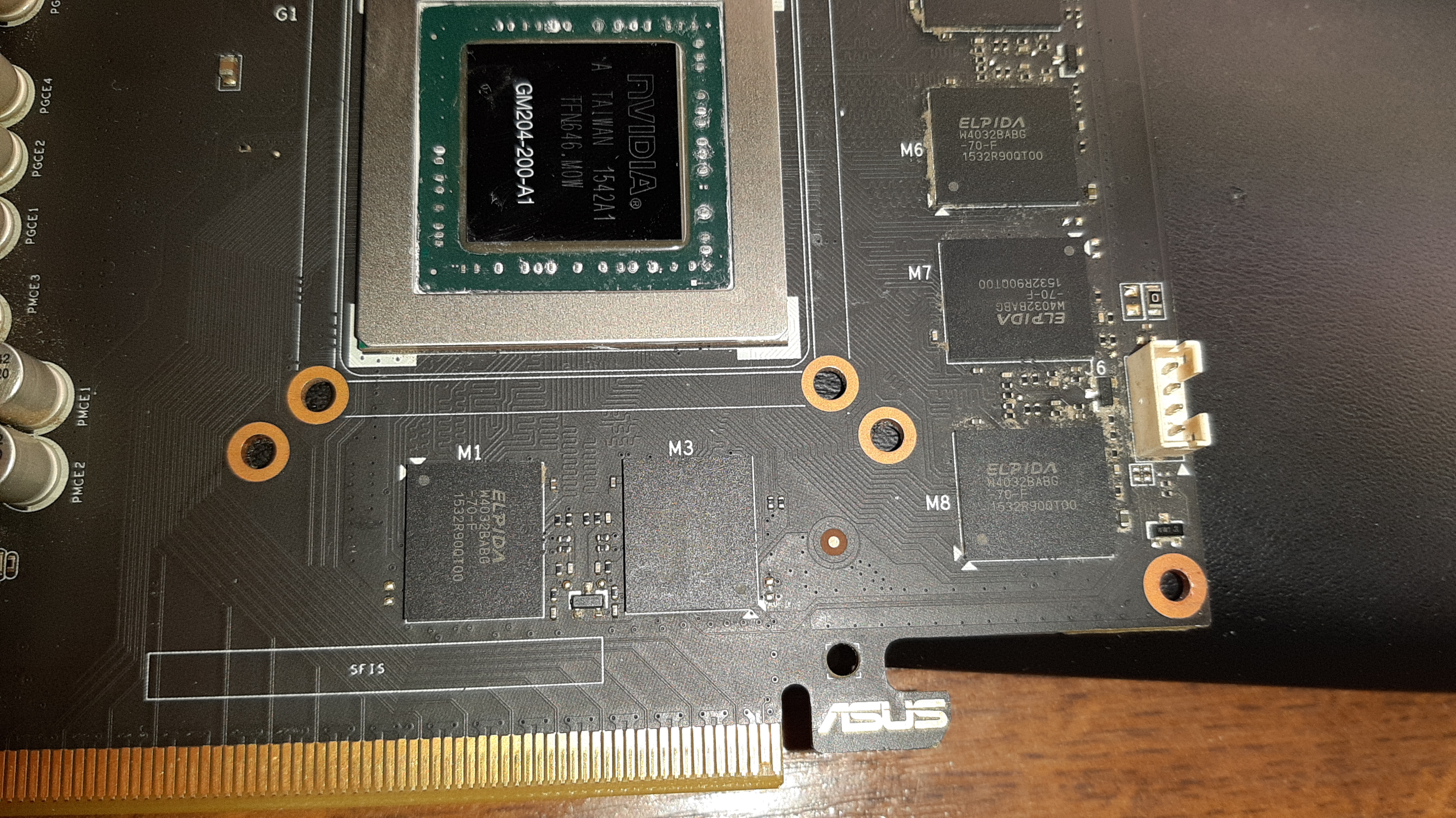 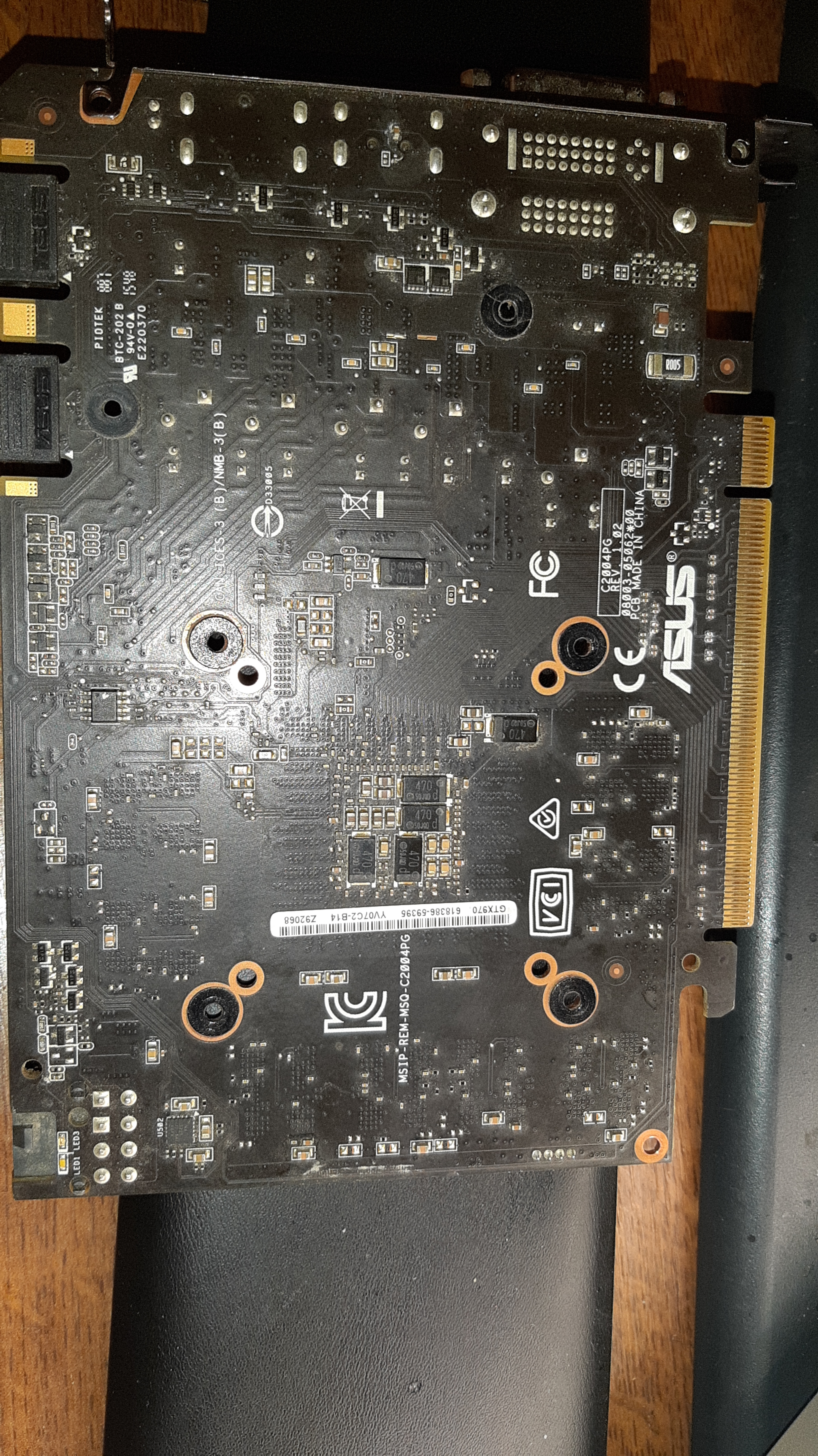 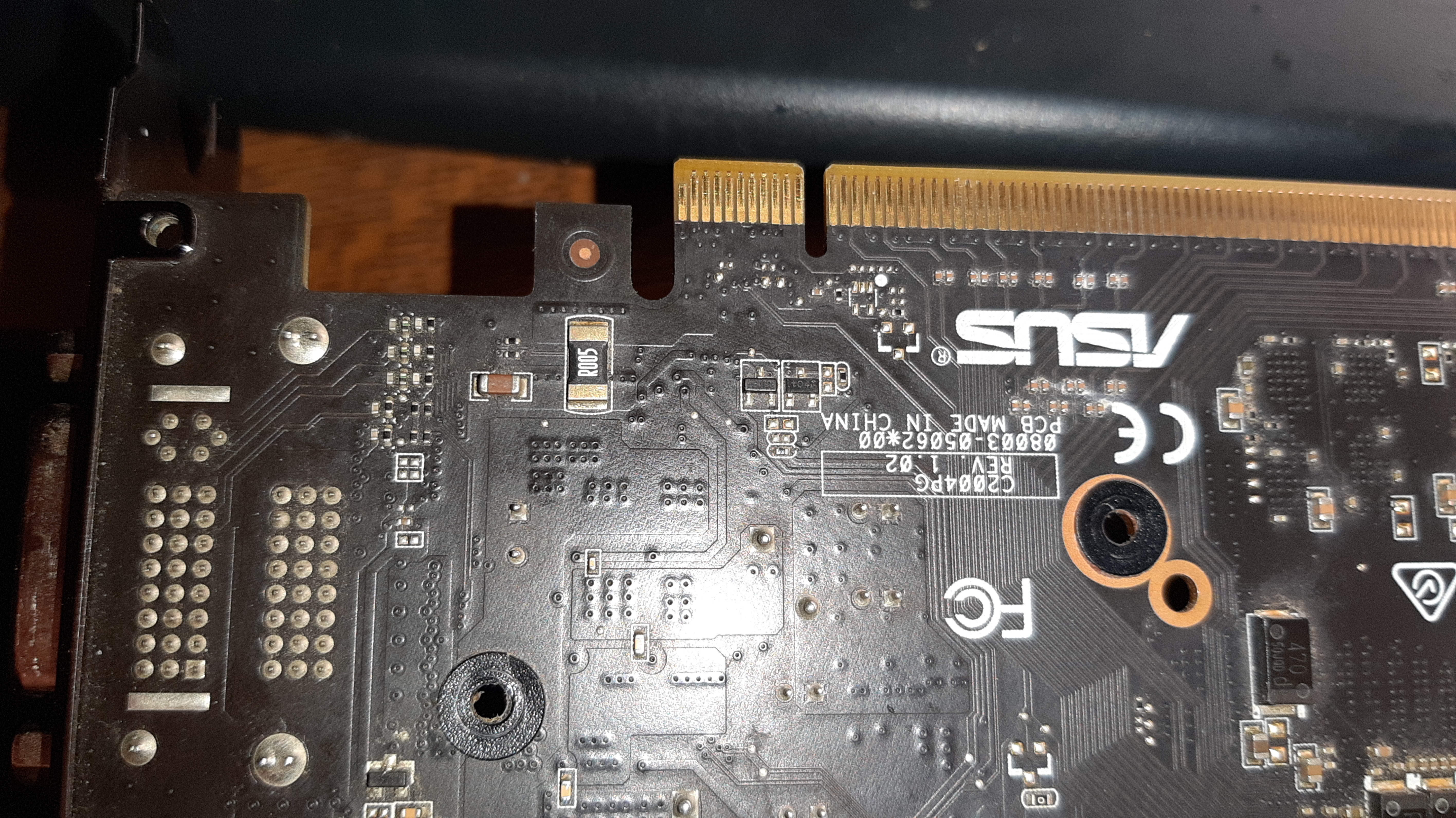 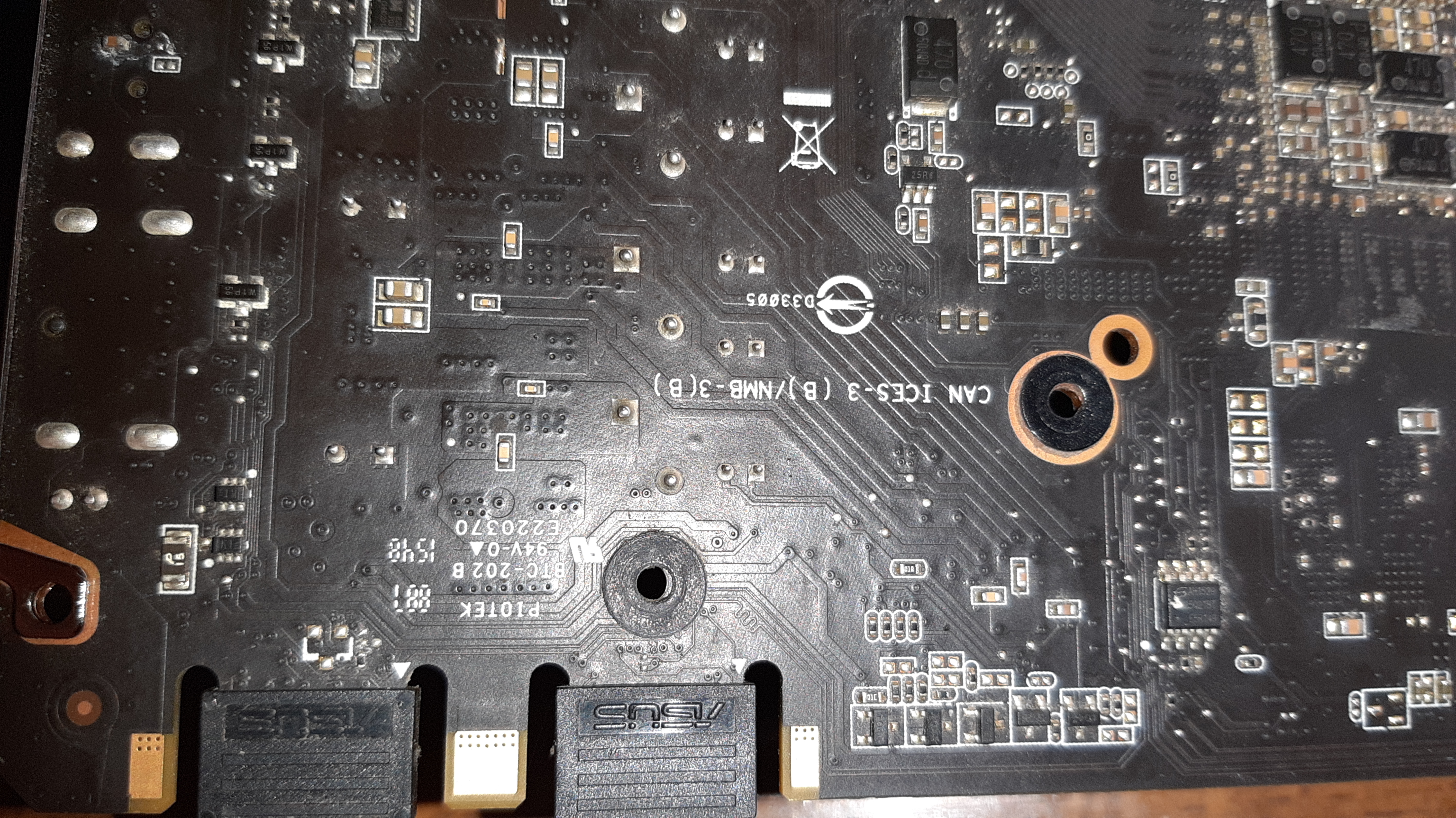 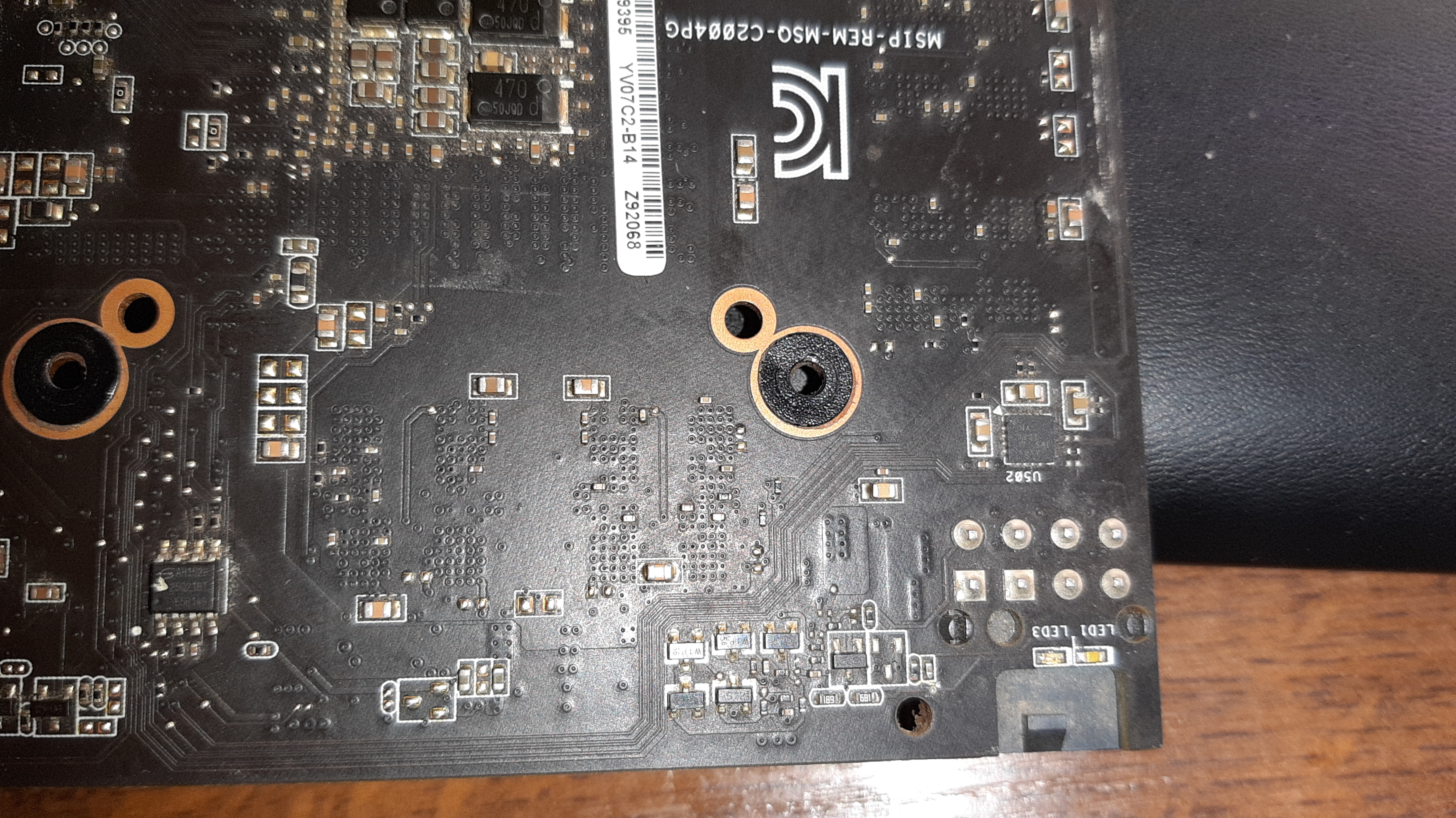 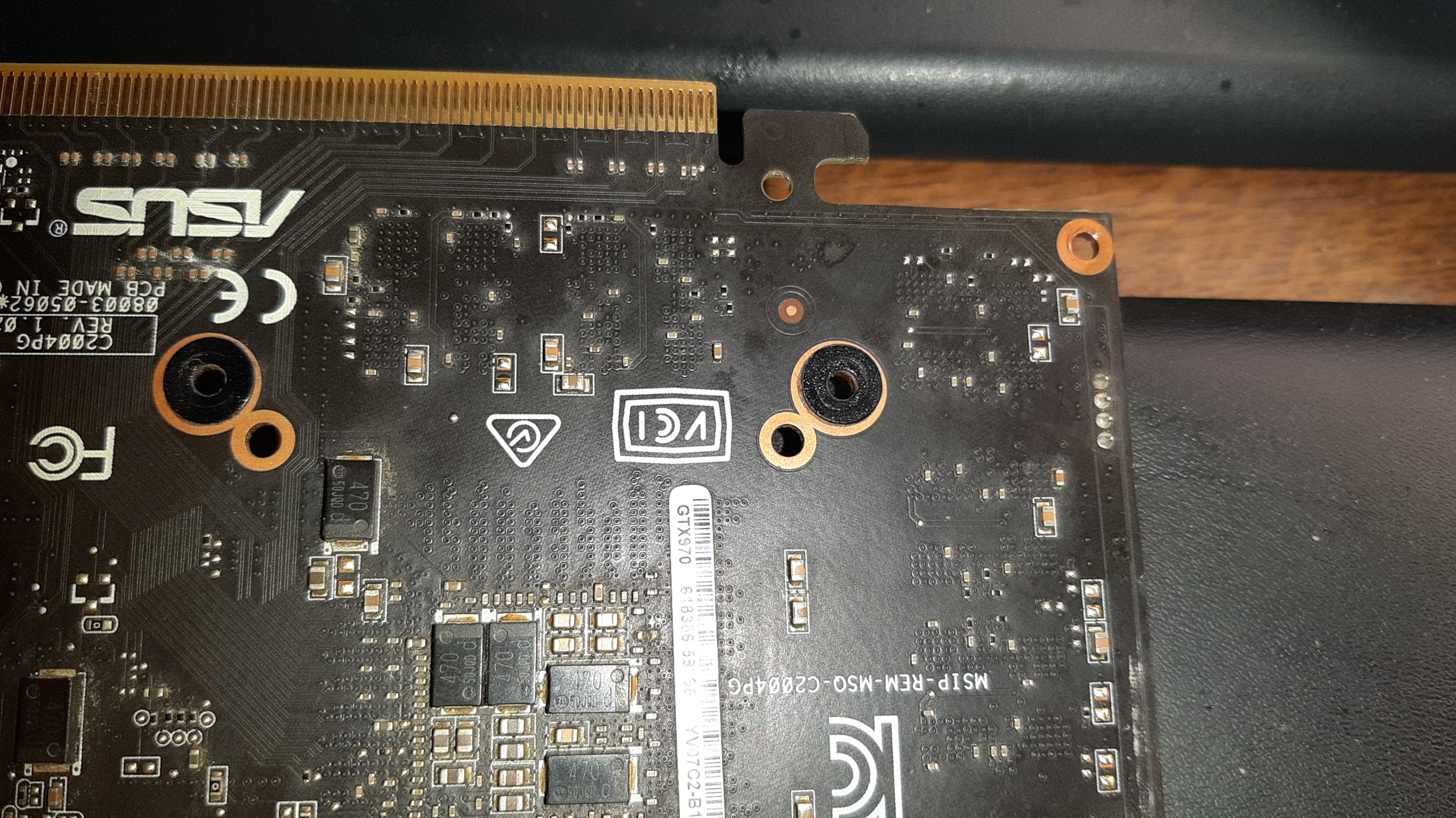 I did not find anything obvious, hard to tell by the photo, but take a closer look at the areas I highlighted, it does look dented or scratched. 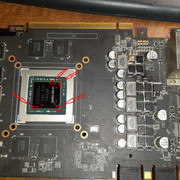 Thank you, It might looks scratched but it actually isn't.
It all happened before I removed the thermal paste.

Thanks for your time but I should probably just throw it away and look around for a new one.
Such a thing never happened to be before and I repaired and build PCs for more than 10 years.
0
F

Update: I just tried this Adapter but it did not work either.

The only things I can imagine now: My GPU somehow got faulty and broke both of my PCIe Slots on my 2 Mainboards (Both Board just have 1 each) and I am scared to test my "new" GPU on a third board to see if this PCIe Slot gets faulty as well.