So currently my CPU is capped at around 750MHz-800MHz even while its idling, the temperature is also hovering around 30~33C during this time. This will happen no matter what, tried booting up a game and it would obviously lag horribly while the CPU is staying capped at the 800MHz mark.

What I've tried to fix the problem is the following

So using HWiNFO, I was able to get some more info and it seems like the only reason is PROCHOT. Meanwhile it looks like the CPU temps are showing to be around 30 C, but I don't know what the whole distance to TjMAX temps are about. Hopefully this helps with diagnosing the problem
0
M

Get all appropriate Z170A chipset drivers from ASus, and install them... 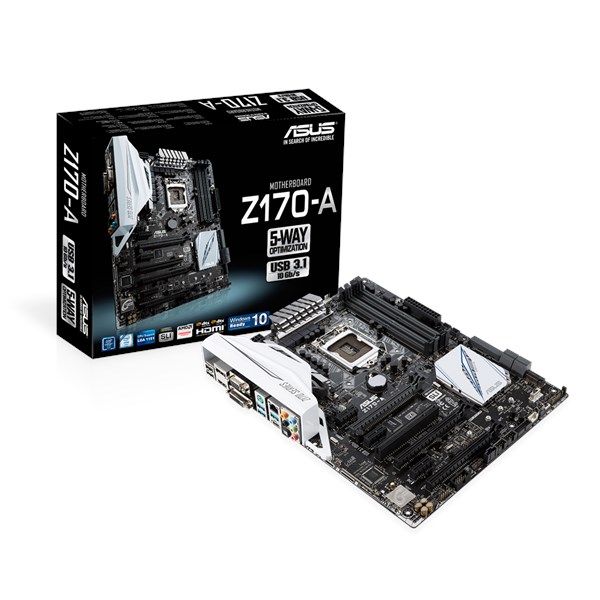 Z170-A boosts the performance of your build with intelligent one-click auto-tuning, USB 3.1 support, flawless audio and low-latency networking for gaming with confidence.

Make sure all WIndows updates applied....

Ensure at least Balanced mode is selected in Power Plan...