Intel is taking the Metaverse pretty seriously, providing the computing power and also working on the software.

I think the biggest problem plaguing these metaverse concepts and efforts is a fundamental disconnect between what people want vs what companies think people want.

Is anyone in Ready Player One a complete 1:1 copy of their real life selves? What kind of avatars do people in VRChat or Second Life like to use? I don't think Bob from IT wants to appear as a stylized version of his real life self. I think Bob wants to appear as an idealized version of himself, a badass soldier, a mascot-sized fox, an anime hero, a city-crushing robot, or something else different from his real world aesthetic. I don't know a single person who wants to be themselves in the digital world.

Companies are busy focusing on how they can monetize digital collectibles, virtual experiences, and a new generation of internet-connected tools. I think they've skipped right over the hook -- the thing that pulls someone into getting invested in a piece of media or technology. Give me an escape from real life and a new existential experience. A stylized human in a boardroom isn't going to do it -- I'll pass until you let me be the house-sized monster that's participating from a nearby window because the virtual room is too small for their body to fit.
Reactions: Mandark
M

This meta-verse crap is so stupid. It's a tool to placate the most unmotivated and laziest of our society (a demographic which seems to be growing by leaps and bounds) to make them feel they're productive, prosperous and relevant in a fake world, while in the real work the Masters of the Universe help government and other multinational corporations strip you and your posterity of all dignity and wealth.

How about putting down your virtual fantasies and get a real job and real responsibilities.

Got, I hope this fad crashes and burns when the chickens come home to roost, haha.
Reactions: Why_Me, Mandark and Lafong

These devices and others with embedded processing power are mostly left idle.
Click to expand...

As they should be. Devices that run on batteries should never waste energy powering nothing but itself. Leave our phones alone.

"One foundational thing we always knew is that for what we imagined in Snow Crash, what we imagined in Ready Player One, for those experiences to be delivered, the computational infrastructure that is needed is 1000 times more than what we currently have."
Click to expand...

The Matrix Awakens demo shows that you can get graphics very close to reality with the power of just one current-gen console. Are they really targeting even more than that demo for Meta? They want to build the Matrix itself?

I'm actually happy they seem so delusional, it makes it flop faster or delay indefinitely.
D

Intel talks too much lately. Talk is cheap. Produce something good or STFU. Until then, this is all just marketing BS, and reeks of desperation, expecially this Metaverse story. AMD is going to be providing chips for Metaverse, and Intel not being part of that story, had to create its own. Utterly desparate and lame as eff.

So they're making a new Second Life?
Will this one be any less weird than before?
M

USAFRet said:
So they're making a new Second Life?
Will this one be any less weird than before?
Click to expand...

Did someone say "weird"? 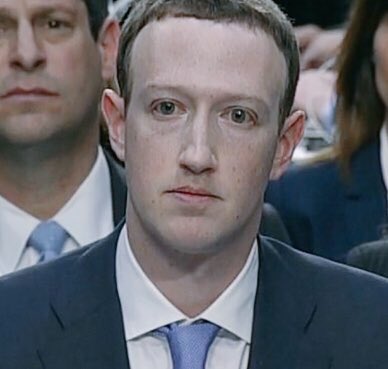