So I just wiped and then installed Zorin OS Lite on a buddies old Toshiba laptop for him. It had Windows 10, but he forgot his password, so we couldn't get in. So I told him I could just install a lite weight Linux distro on it instead, and it would be just as easy to use as Windows, but better in almost every way, plus allow his old hardware in his laptop to allow him to continue using the computer for years to come instead of having to buy a new one. So he agreed and was excited to have a working laptop again soon.

So everything went fine at first. Downloaded Zorin OS Lite, used Etcher to make the bootable USB, booted from the USB and installed Zorin. Then once I had it up and running, it was already saying there was an update. So I clicked Yes to do the update. That's when things got weird. The update took LONGER than the install, and then near the end, when the bar was showing almost done, the screen went black! It was blank and black for 10 mins at least, nothing happened. I pressed keys, moved the mouse, nothing. So I powered down the laptop, and rebooted. And this time, it showed this Zorin DOS looking screen I hadn't seen the first time I booted after installing. It looked a lot like this: 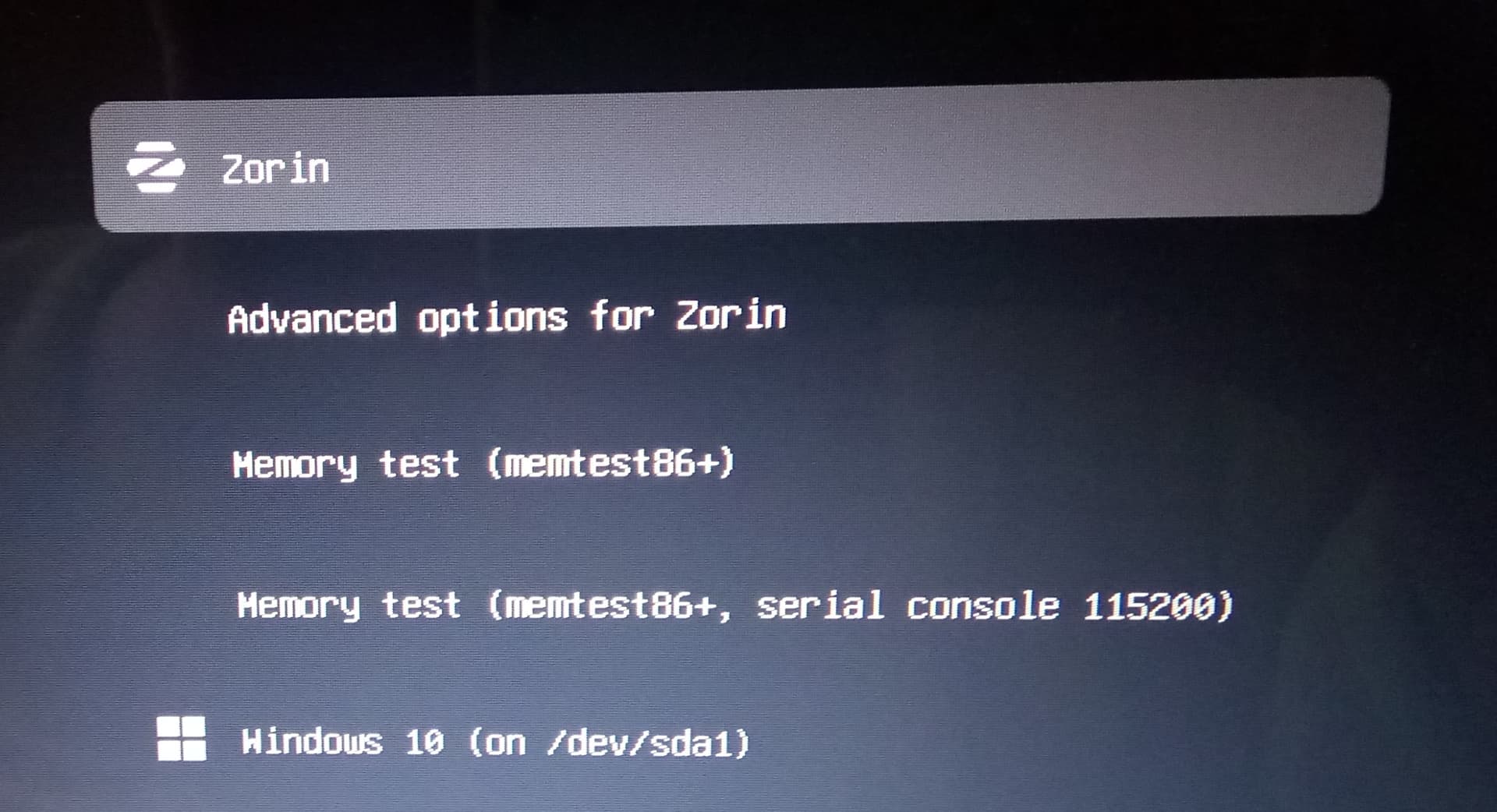 So I clicked on Zorin at the very top, thinking that would take me in, but it didn't. It came up with this screen instead!? And now I can't figure out how to get Zorin back. Does anyone know what is going on, and/or how to easily fix this? Thanks

This is a complete format/reinstall from scratch. And next time do not turn anything off until the system tells you to.
Reactions: Haliax68
0

ex_bubblehead said:
This is a complete format/reinstall from scratch. And next time do not turn anything off until the system tells you to.
Click to expand...

Yeah, I posted over in the Linux questions forum, and a bunch of people said something similiar. They said it can sometimes take a ridiculous amount of time for the update to install and the screen to come back on. And to just wait. Don't ever turn off the computer until it's done. Which was confusing, as the screen was just black for at least 10 mins and I thought something had gone wrong. But lesson learned and I reinstalled and it works just fine now. Thanks for the answer
You must log in or register to reply here.
Share:
Facebook Twitter Reddit Tumblr WhatsApp Email Link