Microsoft announced Windows 11, its next operating system, with some serious aesthetic changes and a touch-friendly design.

Didn't they try this with 8? This feels like a reworked 8 release...
Reactions: phenomiix6
M

For those having issues with the MS link

You can usually figure out Microsoft's trial balloons. Now it becomes obvious why the Feed icon was placed on the Windows 10 taskbar after the May update. Still no breaking super advanced stuff other than just some changes to keep users from getting bored with Windows 10. As a gamer the XBOX feature is welcomed. That's one area where Microsoft is advancing their OS. The integration between Windows and the XBOX platform has no rivals.
E

I 8 these things, all flash and no form. Oh and speak softly and have neutral colors throughout.

Heat_Fan89 said:
The integration between Windows and the XBOX platform has no rivals.
Click to expand...

I really hope the xbox app is better. Because it sucks right now. Also, it has so much potential for failure... countless times i have been stuck with games i can't delete. And i can't get permissions of the folder/files. Had to format my drive. Lol. It's terrible! Much rather just use steam. And just like steam, many of the other things ms integrate in windows, separate applications do much better!

I don't know what to think of win 11. Nothing really shined or told me why they had to name it 11.
C

What's up with the guy wearing Jordans getting all emotional about using windows? Very weird for an OS presentation. Also looks very bloated and GPU heavy, with even more "features" added that people won't want. Hard pass on this Microsoft. Make an OS that is lightweight and gets the <Mod Edit> out of the way so people can game or do what they want without being tracked or having a bunch of crap running in the background.
Last edited by a moderator: Jun 24, 2021
Reactions: Giroro and punkncat
E

I was hoping for more of a performance enhancement than a new theme pack, which is pretty much what it looks to be.
Reactions: TCA_ChinChin and Barty1884

Hey, after waiting 36 years for some type of consistent, fluid, and actually pleasant UI design in Windows, I'm all for the redesign.

No, it wasn't. Arguably better than Vista, lots better than XP and 8, but it was nowhere near a clean, consistent interface.
H

revodo said:
Hey, after waiting 36 years for some type of consistent, fluid, and actually pleasant UI design in Windows, I'm all for the redesign.

No, it wasn't. Arguably better than Vista, lots better than XP and 8, but it was nowhere near a clean, consistent interface.
Click to expand...

Yeah the new look doesn't look too bad. Queue the "they stole the look and idea from MacOS". What's really important is the performance and the jury is still out on that. My guess is it will be about the same or worse because of all the bloat MS has been adding to Windows. Cortana and Your Phone are two that should be removed and installed only if the user wants it. But since Windows is now a service they can do as they please or as Michelle Obama once famously said: "shut up and eat your peas".
M

Gaming was never especially good because of Windows. Credits go to the hardware for that. I do hope the bloatware and in-app ads can be disabled and uninstalled for a truly personalized experience.
Reactions: TCA_ChinChin and punkncat
M

Makaveli said:
For those having issues with the MS link

What I discovered was that MS blocked Firefox on Linux. Had to connect with Edge on Win10 which then worked fine.
Reactions: phenomiix6
M

RealBeast said:
I was hoping for more of a performance enhancement than a new theme pack, which is pretty much what it looks to be.
Click to expand...

It looks like a bit more than a theme pack (though yes, it's certainly that). There's also what looks like a comprehensive rewrite to mainstream touch - not clear whether it will work well without it (shades of Win8). And under the hood, 32-bit Windows and BIOS are dead; minimum config is 64-bit CPU, DX12 GPU, 4GB RAM, 64GB storage (so goodbye to those low-end 32GB eMMCs), UEFI with TPM 2.0, Secure Boot available if not enabled, and some internet connectivity requirements that don't look all that new.

One of the themeish things I will miss, believe it or not, is Live Tiles (gone, replaced by multiple full-motion subwindows in the Widget feature which will be much more bandwidth intensive - there goes my data cap again).
Z

I've tried the PC Health Check app and my system is unable to run Windows 11. Here is my computer:

Maybe there are improvements to do for this application.

zigonneux said:
I've tried the PC Health Check app and my system is unable to run Windows 11. Here is my computer:

Maybe there are improvements to do for this application.
Click to expand...

Check if your motherboard supports TPM 2.0 as that's probably why it says no.
Reactions: TCA_ChinChin, mikeebb and dudio

i embrace change as a way of life. After all, it's one of the few constants in life

guys, it's made with modified Win10 code. it's evovling, it ain't gonna be a bad os.

just relax, smile and let it happen. looks like win10 with a new shell, BIG deal.

I am updating on release. i mean CLEAN INSTALLING on release. screw upgrades, i detest them. I make my installers back up user configs and remove the product before reinstalling a new version. upgrades SUCK trust me, having to make an installer support upgrades is BS sometimes depending on where you are coming from and where you are going to. Much eaiser and more reliable to uninstall/reinstall 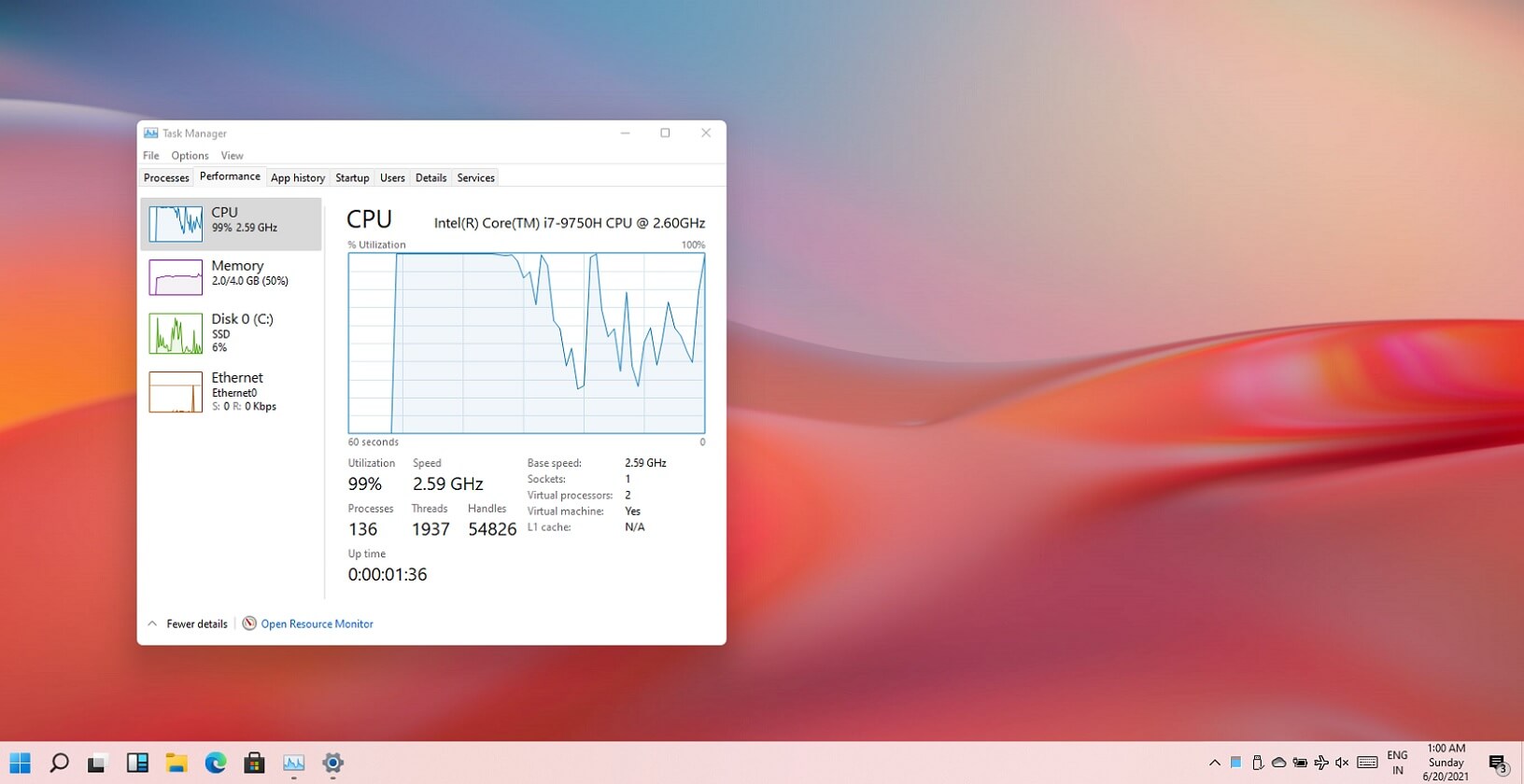 Windows 11 is apparently faster than Windows 10

On June 24, Microsoft is holding an event to unveil the upcoming Windows version, which is not going to be another variant of Windows 10. Microsoft has been dropping hints about the “next generation of Windows” since the Ignite 2021 developer conference, with the latest teaser coming from the...

One of Microsoft's dirty secrets is that any engineer with talent, motivation, or experience gets moved off of Windows and onto Azure, because that's where the money is.
As far as I know, the primary development team on Windows is a mix of cynical business executives chasing "dat google money", graphic artists who work on a mac whenever possible, and a bunch of new software engineers/interns who likely got through college without a firm understanding of what an OS is even supposed to be doing behind the scenes.

So I have no faith that Windows 11 will be an improvement, or any good in general.
I expect more bloat, more spyware, more bugs, less user control, and an even slower "form over function" interface.
I think we are going to get an OS that wants to be a Chrome knockoff, looks like Mac knockoff, and runs like the same recycled Vista core that they're still stuck on.

It's amazing to me that a company with Total market dominance looks at their competition's shortfalls and unironically says "if you can't beat em, join em" or "if it ain't broke, change everything".
Some interface designer over there needs to that a step back and really examine why anybody still uses PC when the big hardware partners (dell/hp) keep pumping out barely-functional crap and the file system is still terrible at managing files. I believe it to be the mix of an efficient workflow and gaming, but mostly habit.
Z

DRagor said:
Check if your motherboard supports TPM 2.0 as that's probably why it says no.
Click to expand...

I checked and this motherboard is compatible with TPM 2.0
X

zigonneux said:
I checked and this motherboard is compatible with TPM 2.0
Click to expand...

zigonneux said:
I checked and this motherboard is compatible with TPM 2.0
Click to expand...

But do you have a TPM device installed? Like these?