Question My motherboard light is showing but nothing else is working, how do I fix this?

I have bought some new components today. And I am having some trouble with the process. My specs are;

I have had some trouble with an arctic cpu cooler I bought, the mobo heat sink was in the way, and I couldn’t install in, so I used the stock cpu cooler. I did unscrew the heat sink off momentarily exposing what was underneath and then screwed it back on (hopefully that isn’t the case of the motherboard issue).
So I’ve installed it in the case and nothing turns on except the RGB light on the motherboard. I have made sure everything is plugged in correctly. Any tips on how to resolve this? I had a look at the cpu socket pins too, no damage done there.

I’ve also placed my RAM in different slots, nothing, I’ve taken my cpu and cpu cooler off and put it back on, nothing still happening, took out the cmos battery and put it back in, still nothing. My only thought would have to be the heat sink removal, or since I’ve used half mobo stand-off screws and half psu screws, it could’ve shorted the motherboard? Or if I have used the wrong psu cables? All these components I have bought, are brand new literally today, along with the case I bought the other day.
Last edited: Dec 1, 2021
0 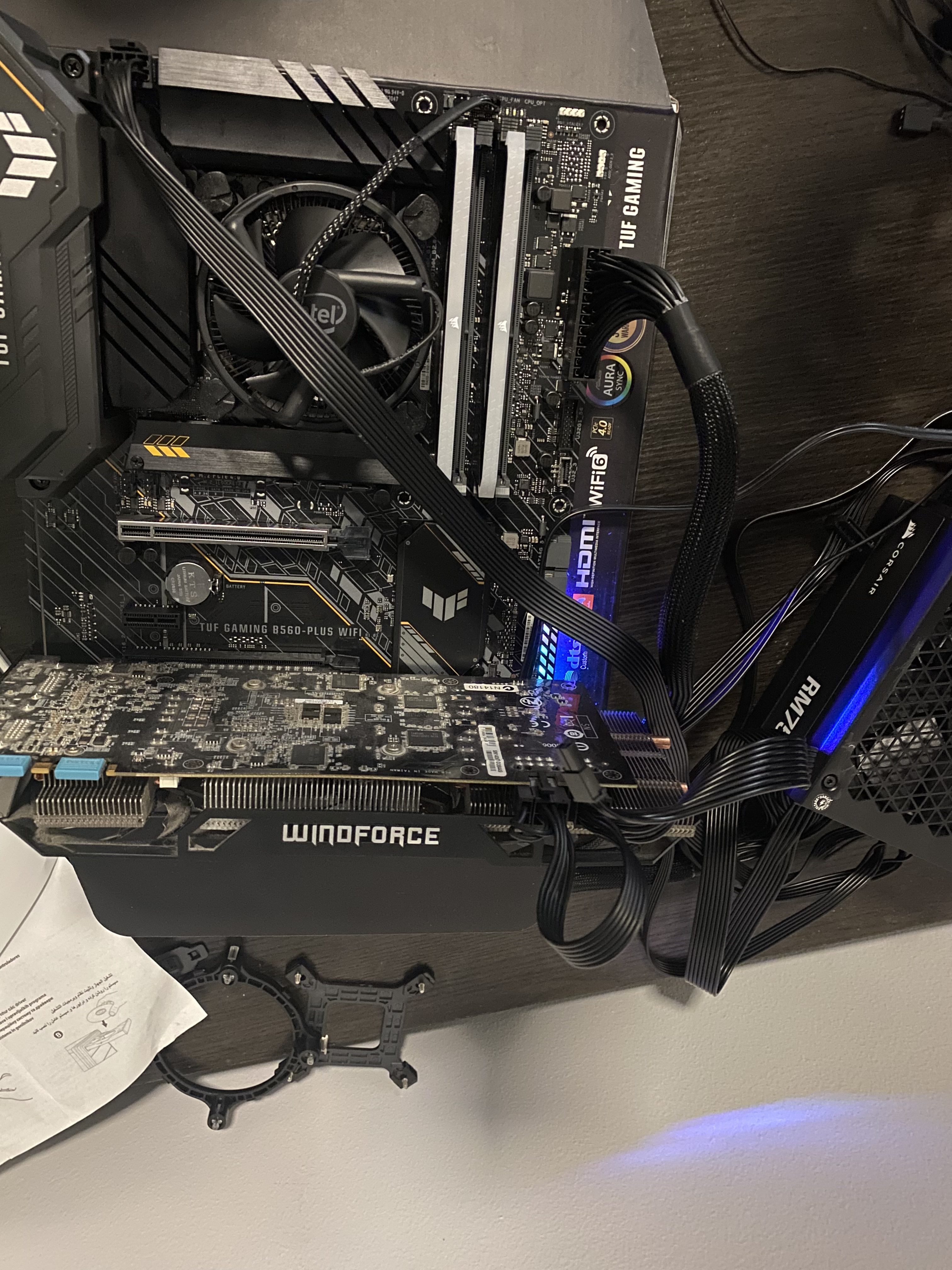