[SOLVED] New build with B550 not turning on

I am trying to assemble a new PC with the parts above. First I got everything but the PSU, but realized that my 8 years old PSU did not have any cables for the CPU after assembling it. I could turn on the PC, both the CPU, GPU and case fans turned on, but the CPU did not boot because it did not have enough power. There was a red LED button indicating that.

I let everything assembled in the case and let it stand for two days until the new PSU arrived. I switched the PSUs, hooked the 24 pin cable for the motherboard , four SATA connections (2 HDD, 1 SSD, 1 cable for the case), the 8 pin for the CPU and the 2x8 pin for the GPU.

After plugging in and turning on the PSU, the decorating LEDs on the motherboard went on. Full of excitement, I pushed the power button, but to my disappointment nothing happened. No fans, no noise, no red LEDs nothing.

So far I've tried the following before trying to boot:
Take out the GPU
Unplug every SATA except for my SSD with the boot partition
Move the memory to every slot (originally it was in the recommended second slot)
Switch the mother board to see if the power button is broken, it worked
Re-plug front panel connectors
Jump the motherboard
Connect additional 4 pins for the CPU
Take out cmos battery for a few minutes and put it back
Pull out every single cable from the PSU and plug it back

I've spent many hours trying to come up with a possible fix but I'm at my wits end. I will proceed to disassemble everything and start from scratch, any ideas are welcome in the meanwhile. 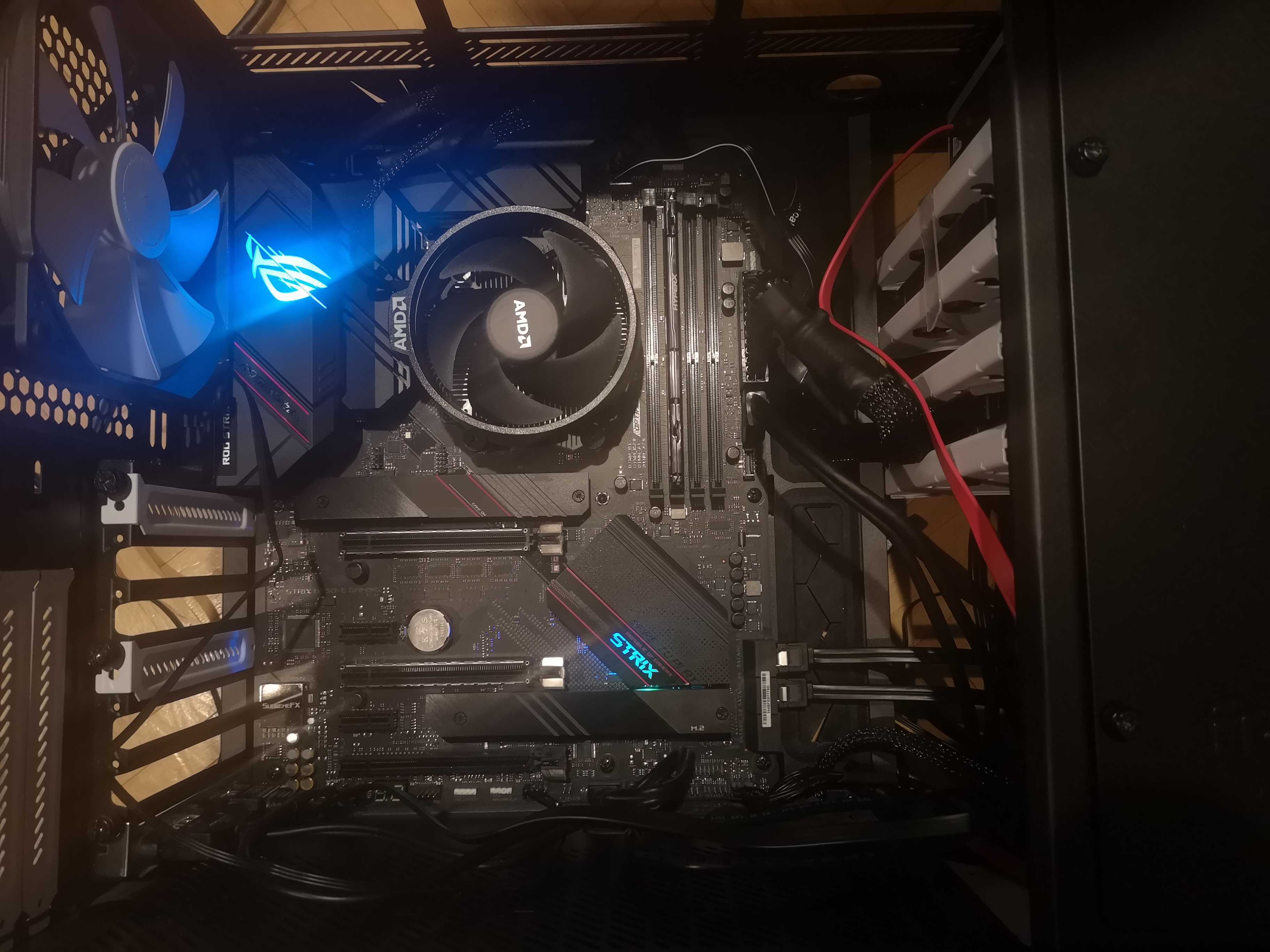 Have you double checked the jumper cables from the case to the motherboard?
0
J

Have you double checked the jumper cables from the case to the motherboard?
0
K

jeremyj_83 said:
Have you double checked the jumper cables from the case to the motherboard?
Click to expand...

Yes, I replugged them several times according to the manual, and even tried every possible constellation just to be sure.
0
K

When I took it apart the mystery got solved - the 24 pin cable in my PSU got loosened when I did the cable management.

We've all been there.

GarrettL said:
We've all been there.

Yes, I got it running. I did not see any BIOS screen though, I will have to figure out how to get my dual boot back.
0
N

just in case you choose PSU with modular cables : be sure to use the PSU cables that comes with the new PSU and not the older ones. keep old the cables in the same box/bag as the old PSU.
You must log in or register to reply here.
Share:
Facebook Twitter Reddit Tumblr WhatsApp Email Link