Only CPU on board, no other cards on it, memory stick in slot A or B or no memory stick, they have the same issue:
The three lights corresponding to three red lines are flashing for just once then off, the CPU fan doesn't run. 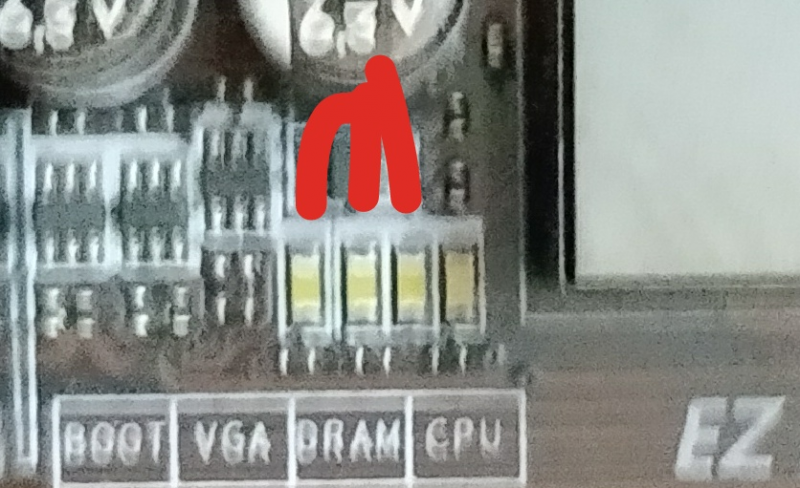