Ok, so long story short. My brother had a gaming PC built and rarely used it so donated it to me when he moved to Australia.

This was a month or two ago and I've only got round to setting it up myself yesterday and I'm facing a tonne of issues.

The issues are different a lot of the time but some to note:

Whenever the PC is shutdown and restarted, the following behaviour(s) can happen:
'Please enter setup to recover BIOS setting'
'Overclocking failed! Please enter setup to re-configure your system' (I don't believe it is clocked, I think that's just a mobo feature)
'Chassis intruded, system halted' (I fixed this one by replacing the CMOS battery - after replacing the CMOS, the PC wouldn't power on at all for 5-10 minutes)
The ASUS logo comes up and just spins and won't boot any further.

The PC isn't overly old. Maybe 8 months and has minimum usage.
Windows is constantly trying to update but where it needs to reboot itself and the startup issues are happening etc, it's failing everytime.
I did notice the clock in BIOS and on the PC was 2 hours behind despite it being the right timezone and to set auto but I fixed that by turning off auto set and back on again.

I'm writing this thread on the PC in question now but I know as soon as it's restarted, I'll get some sort of error or incident. For example, I turned it on today and it took ages for my TV to pick it up, just telling me 'No signal'.

Sounds to me in my unprofessional hardware opinion that it's something to do with the MOBO but it's so hit and miss and everything is lighting up on the board as it should.

Any suggestions on fixes or things to check would be great and I'd appreciate it.

One more thing to note, a few times I've had to take it all apart (leads etc) because it refuses to boot and I've closed everything before shutting it down, however, once or twice that it's successfully booted, it's started but with a certain webpage I was on and a certain program open. OK, ok, it's uTorrent. It's like it's booting from a specific 'time'.
0

1st, I would make sure you are using the latest BIOS available.
Then, make sure all motherboard and other system drivers are up to date.
If problems persist, I would try reinstalling Windows.
0
I

Hi, to further add to this;

PC has all of a sudden started booting much better (for an unknown reason) however, it appears my main HDD is corrupted or something isn't right despite me using the PC now.

This is a screenshot; 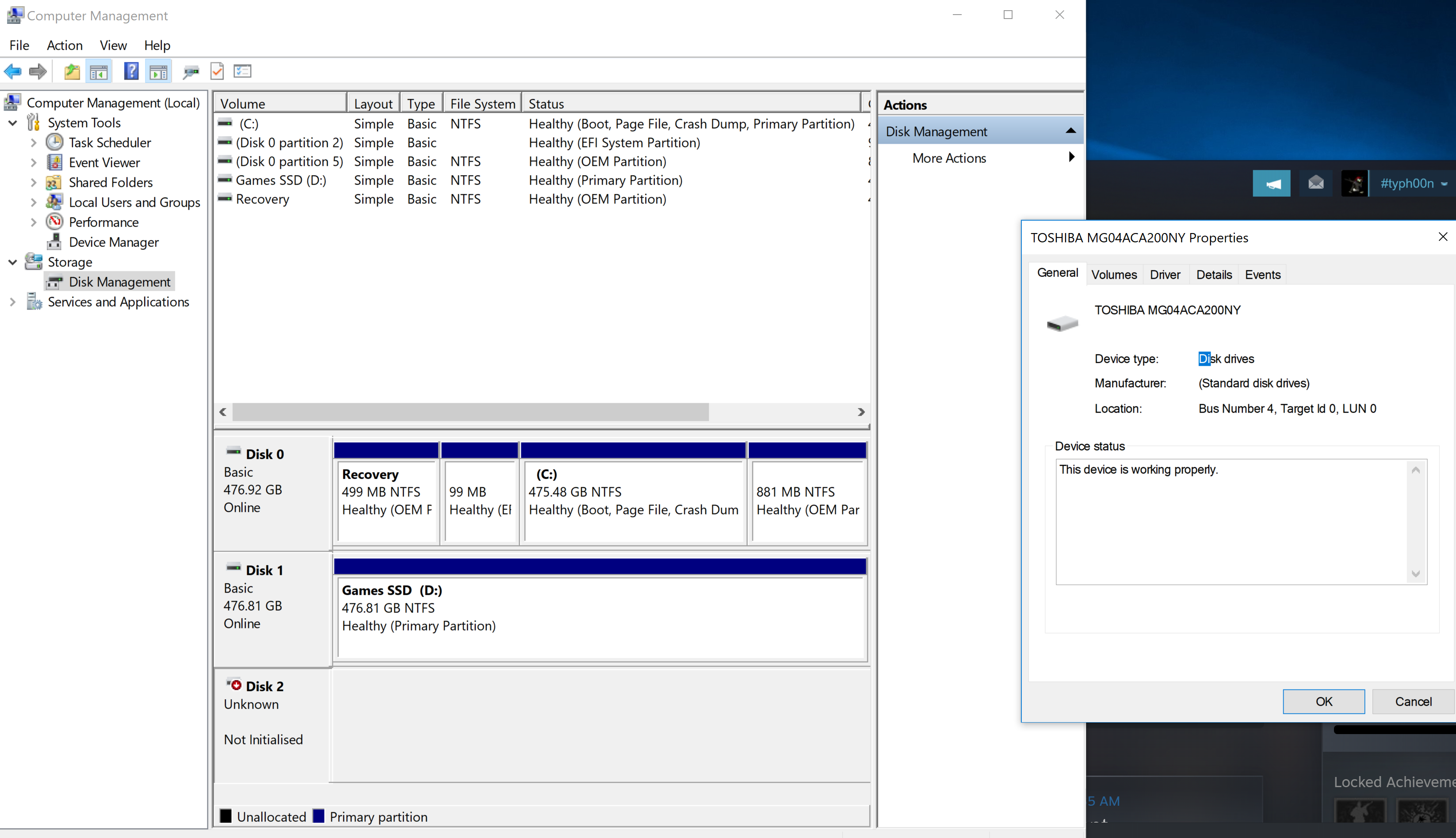 What is going wrong? Arghhhh!
0

it could be a corrupted disk, corrupted OS installation, faulty SATA port or even a bad device driver causing the intermittent problems.

I would just reformat the entire disk and reinstall Windows. if you've got game saves or other user specific program content located there, try to make a backup of your "C:\Users" and "C:\ProgramData" folders first.
You must log in or register to reply here.
Share:
Facebook Twitter Reddit Tumblr WhatsApp Email Link