Hello everyone, I'm having a strange problem, since I updated my BIOS a few days ago my computer is experiencing freezes during very specific conditions.

For example, when I have dota 2 alt-tabbed it will freeze randomly.
When I try to play CS:GO I can open it but after a few seconds in the main menu it just freezes.
I can play other games like GTA V without any problem, don't really have any other games to try if the same happens.
I will clarify so there's no confusion, the whole computer freezes, not just the games, I cant do anything but restart it.

The pc doesn't freeze at all during normal use, when I first started getting this problem it also caused my video driver to show as malfunctioning after restart, so I found one a few months old that stays functioning after the freezes.

After searching a while I found someone saying it could be due to having the wrong RAM timings, I'm not really literate on all this stuff so I just had it on auto, but I found out my ram cas latency is 19 and extended timings are 19-19-19, but cpu-z said my cas latency is 20, but when i tried to change it in the BIOS it just doesn't work, it stays on 20 no matter what i do.

I'll leave screenshots of my cpu-z in case this timings are the problem. 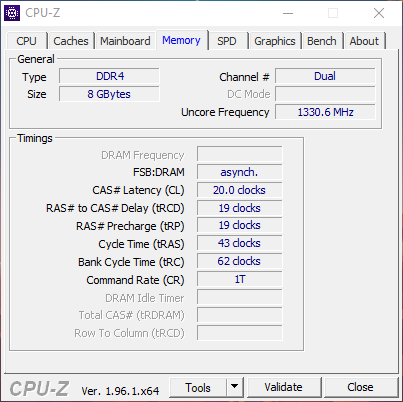 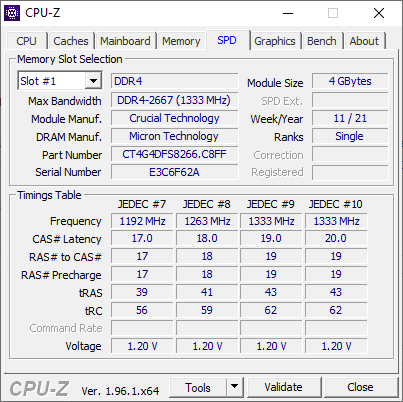 Thanks in advance, any help is welcome.

PS: I haven't tried downgrading the bios to a previous one because now I'm scared it might just brick my computer I'll do it if its the only option haha.
0

Since you just updated the BIOS, the later seems most likely. The solution can be updating the driver again if it was in some way defective. It can also be solved by using a different version of the BIOS. Or it can be solved by updating the device drivers.

Since the system is unstable, updating the BIOS is risky. For example if the system freezes while the actual BIOS update is going on it can brick your motherboard.

Try unplugging the SATA data cable from the system drive. This will prevent the operating system from loading. Then boot the system and enter the BIOS. See if the system remains stable. (you will get an error about the drive being not found). Also note if there are any diagnostic LED'S on the motherboard during the POST.