Darkbreeze said:
Yes, it makes no sense, on this, or any other board, to use a lower slot when the primary slot is not populated.

Also, I'm interested in why you chose an X570 motherboard with a 2nd Gen Ryzen CPU. Do you have plans to change CPUs in the near future?
Click to expand...

Yes this is just a build to start myself off. This is my first ever build. I am not a heavy gamer, just a hobbyist that only gets a couple hours a week in, if that, with my twin toddlers. This also doubles as a music production work station for my music. I chose it so in the future when I want to upgrade, I can with any part.

Yeah, no worries. That makes enough sense. I probably would have still just gone with a B450 or X470 board, because I don't really see much value in X570 even with PCIe 4.0, which nothing really uses advantageously even with supposedly PCIe 4.0 friendly devices, but that could change.

I would for sure move that graphics card to the upper, primary slot though. The primary x16 slot is always the one intended to be first populated when only a single graphics card is used and aside from the fact that you want your graphics card using the designated CPU routed lanes rather than chipset lanes. It won't be earth shatteringly faster, but it will be somewhat faster.

I built a new pc today.

And no, this one is not made of legos, but it is equally as terrible.

Say hello to the Pentium 4 and RGB. 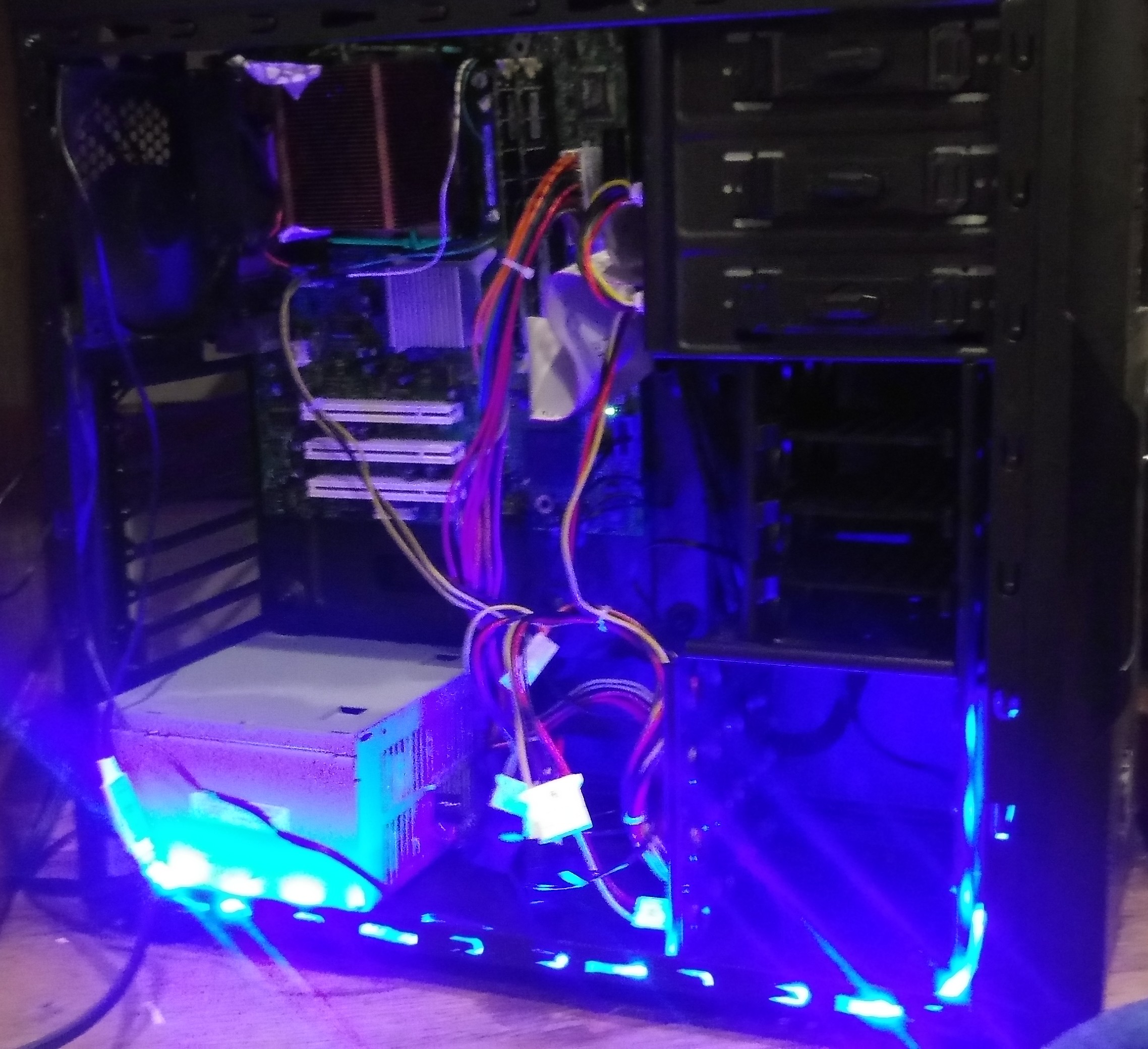 Am I right to think it runs Linux?

Sorry man. I liked the lego build a lot better.

Would go over a lot better prolly if that wiring was tidy. A good build doesn't have to be a work of art, but it should be a labour of love, the effort put into it counts more than the cost (or lack thereof) of the parts.

Not a criticism, but I have faith you could do a whole lot better, and have something to be proud of.

The issue is one i have faced before with oem systems.

The power supply cables are so short that i cannot cable manage.

The 20 pin (yes its that old) is actually trying to bend the board since the cable is so short and there is no slack left in the 4 pin.

I may be able to attempt to cable manage the molex connector.

Saga Lout said:
Am I right to think it runs Linux?
Click to expand...

Currently all its running is the bios.

The board is ide only and i lack any desktop ide drives. I do have a laptop ide drive, however i need an adapter for it.

Heck, only 2 of the 3 optical drives are connected since one is sata.

I usually hang a 2.5 drive outside the slot for a 3.5 using the screws from a laptop.

No, the case has 2.5in bays, mounting the drive isn't an issue. The issue is that 2.5in ide and 3.5in ide use a different interface. The 2.5in interface carries power where the 3.5in drive interface has a different pin amount as it gets its power from MOLEX. So i need something like this: https://www.startech.com/Cables/Drive/IDE/25-to-35-IDE-Hard-Drive-Cable-Adapter~IDE4044

I may buy one off of amazon, but I dunno If it's really worth it considering I just can buy an IDE 3.5in HDD off of ebay for simmilar amount.

A USB Caddy might fit the bill. Take the connection out of the case and bin the latter. The downside is you need two spare ports - one for data and the other to power the drive.

Well, I found an ancient Athlon PC locally with a 200gb IDE HDD for $15, which is worth it for the HDD alone. I think I'll snag that one later as I am buying a few PC parts later to resell.

On another note, prepare your eyes. The Lego PC returns and is "upgraded," now with RGB and an optical drive!
https://ibb.co/g7byq71 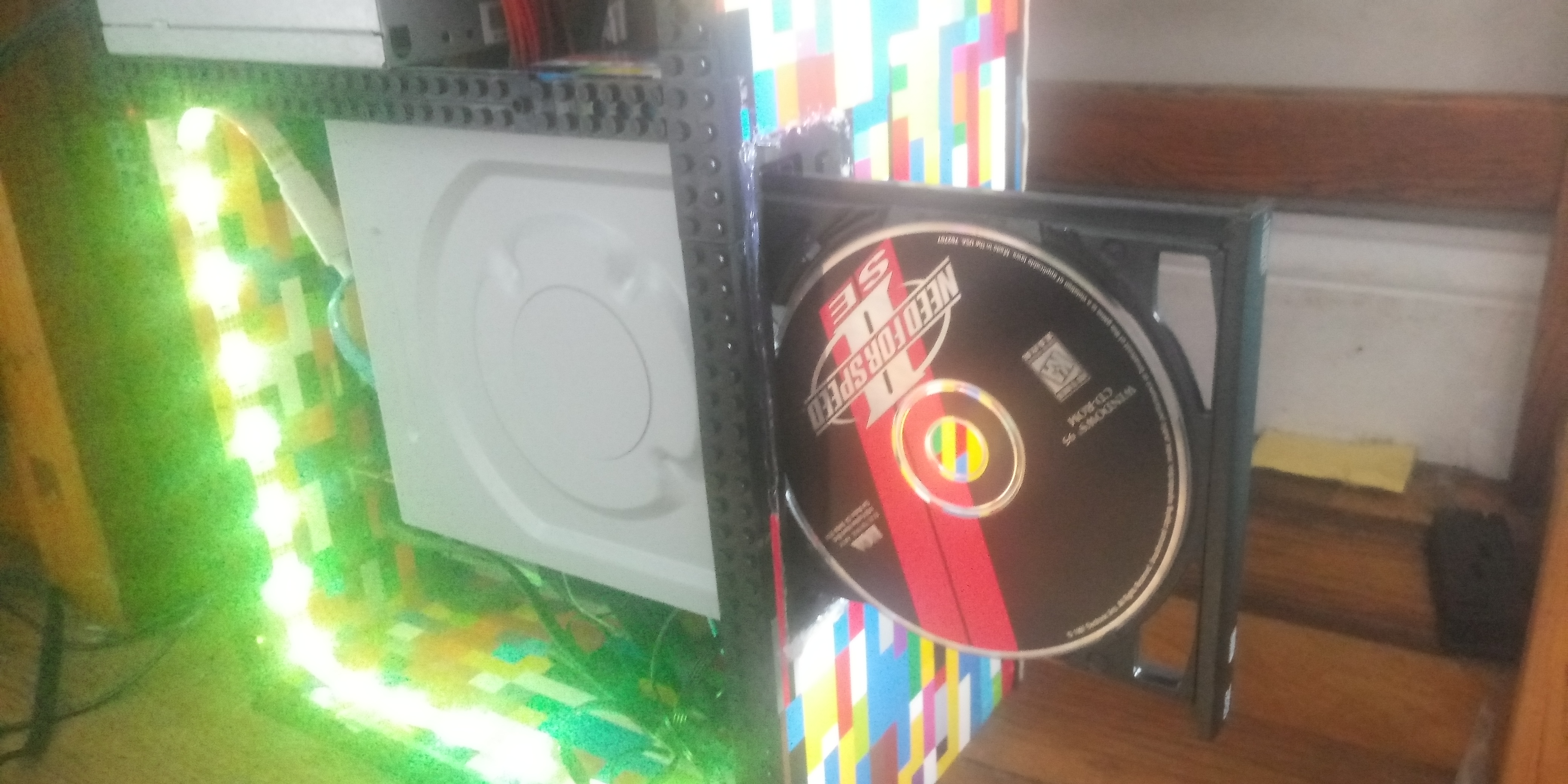 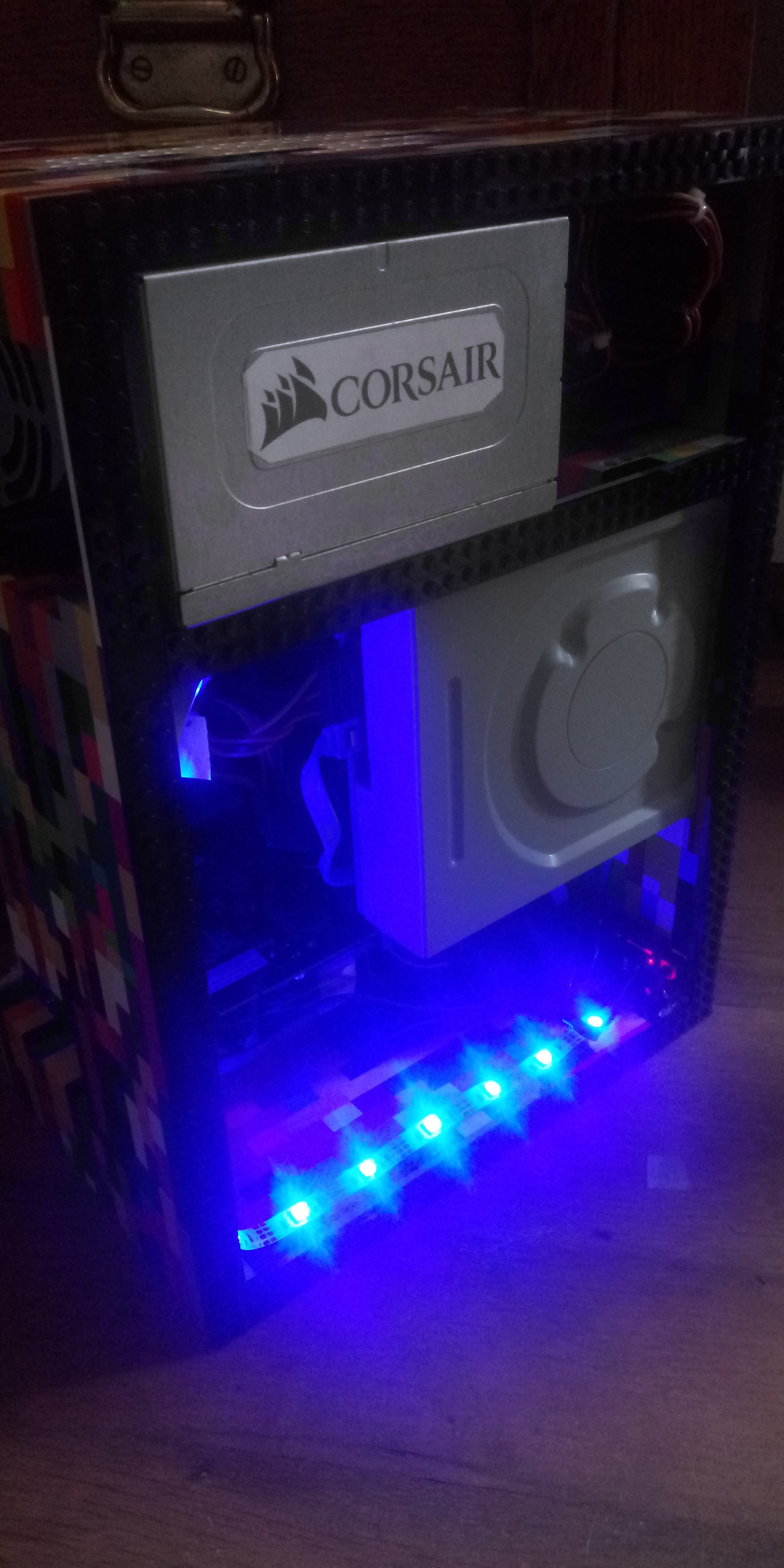 I sold the TT SMART PSU for like a $25 profit, so I'm stuck with the 300w Cors... COUGH COUGH Hipro PSU which seems to handle the HD5670 and Q9500 just fine when under stress in tomb raider anniversary earlier in Win xp. That's what this PC is for, games from like 2007ish, just like tomb raider anniversary. Ran great.
Last edited: Feb 9, 2020

So, I accidentally borked the motherboard in the Lego PC. I was trying to mount an RGB cooler for the lolz, and I had to remove the backplate which is glued to the motherboard. I used heat and a screwdriver, which turned out to be a bad idea and I gouged a trace on the board.

I removed the backplate and successfully mounted the cooler, but it wouldn't boot for more than a second before the PSU abruptly cuts power. tried with 2 PSUs, the same result.

So I am looking to upgrade the lego PC now. I'm wondering if anyone has an idea of some creative or absurd hardware to put inside the case?