Question Brief, short and thin horizontal lines (white and sometimes green) during boot and when changing resolition in games

Hey guys, so this has been bugging me for a few days now.

Whenever i turn my pc on and it boots, i see these thin lines for a split second.
Video: https://drive.google.com/file/d/1JUQizqS9AiEnBzO1u-X8W77KFcLns-FA/view?usp=sharing (sec 11-13)

During gaming or just in windows the lines don't appear. Just when changing the resolution and during bootup.
It's not the monitor, it's 5 days old. I also checked the cables, no difference.
I have a fairly new graphics card (1 month old). Drivers are all up to date.
I've had similar problems with my old card (Rtx 580) and a dual monitor setup before (green, black horizontal lines and glitches with system shutdowns.
Games and gpu intence work was not possible back then).
But the problems disappeared when i got a new card. Then i used one monitor (60hz, HD) and everythin was fine.
But once i connected the new monitor the lines started appearing, reminding me of the ones i saw before on my dual monitor setup.
Maybe my pc just can't handle ultrawide? Also: the pcu is kind of cheap, so maybe that's the issue?
I'm just fearing the same problems i encountered before will come up again.

Also: I just checked the system again with a different 1920 x 1080 monitor and the lines didn't appear during boot.
As soon as i connected the ultrawide, the lines showed up again.
Maybe it's the monitor? But then why are the lines so similar to those i've seen before?

I haven't updated my BIOS ever, so maybe that's something i could do?

Update: I left my pc on standby for 20 min. When i came back and wiggled my mouse the monitor displayed static with black bars on the top and the bottom.
I fixed the issue by unplugging the HDMI cable and plugging it back in. Maybe it's related? A faulty graphics output?

This is basically what it looks like, but with shorter dotted lines and always in a strait line. 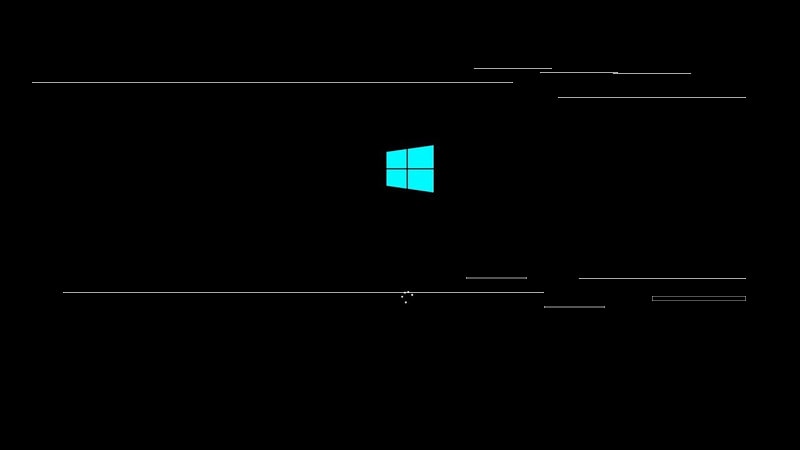