I set XMP to Profile 1 and all looks well and the PC worked without any issue for about 2 weeks now. In CPU-Z my memory shows up just as it should 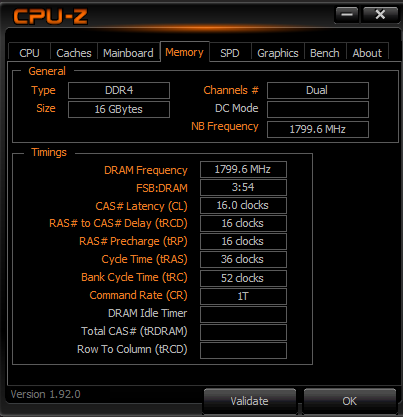 Now when I run a UserBenchmark, it says my memory is performing way below expectations, and it recommends that I turn on XMP. The only thing that was off (as I thought) was the high latency (61ns) on their tests, and when I saw that PassMark says 31, I thought it's ok. The speed seems to be the same in both tests. But today, I saw that on a 3000MHz Cl15 kit the speed is better than on mine, so clearly something is not right. From what I see, I should be getting somewhere closer to 40 read.

What do you guys think it's at fault here? What should I try? Thanks!
0

Don't use toy benchmarks. Use AIDA or something.
Reactions: Hardtry and rgd1101
0
G

I tested mine with AIDA and it shows the following. 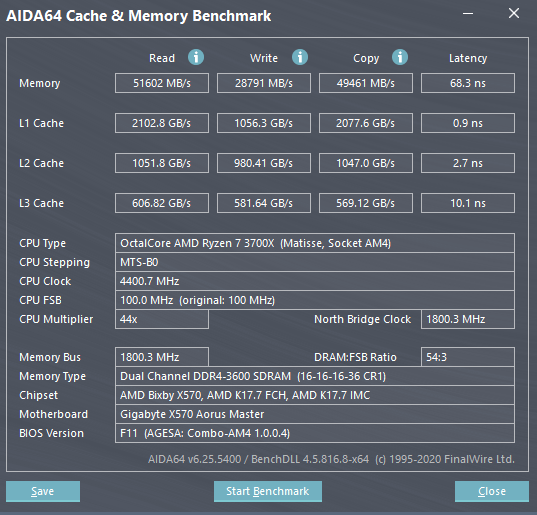 Also tested with Ryzen DRAM Calculator and it gives the same results as PassMark. How can I be sure my memory is all ok?
Last edited: Jun 2, 2020
0
G

Which slots do you have your ram in? I realized this morning I had mine in 1 and 3, and Gigabyte recommends 2 and 4. I moved them and I'm getting much better results, although latency is still an issue.

Ok, so that explains why you have double the write speed. I will try to manually set up the ram, maybe it helps as now I feel really uncertain. AIDA seems ok but all other benchmarks show slower speeds, even the DRAM Calculator.
You must log in or register to reply here.
Share:
Facebook Twitter Reddit Tumblr WhatsApp Email Link