Question Is it advisable to use an extender like this to connect from my PSU to my GPU?

I recently installed a Radeon RX 6600 on my aging PC casing and it's the biggest GPU i've ever owned. I can no longer close the sidepanel because the slack from the 6+2 pin cable connecting to it can't be comfortably folded without feeling like I'll damage the cable. Is it safe for me to use a PCI-E 8 pin to 6+2 pin cable as a passthrough from my PSU to my GPU so that slack is more manageable? Is that what cables like this are for? I'm referring to this item in the link:

Here's a photo of my GPU with the cable protruding past the boundaries of the casing. Don't mind the cables at the back. Those are just splitter cables for the fans and can easily be tucked into the case once the sidepanel is placed: 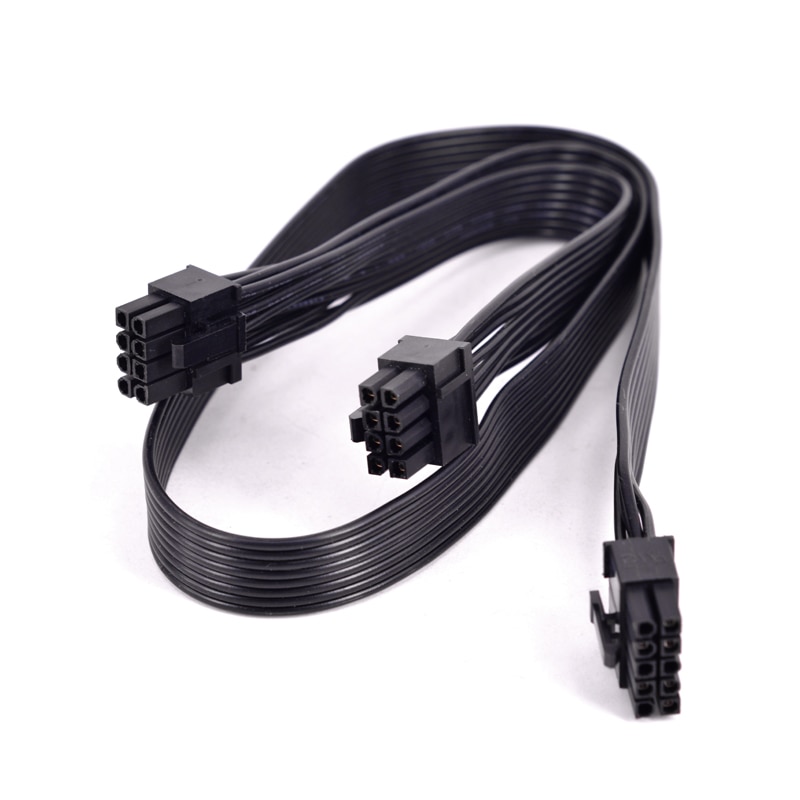 Will a flat power cable like this work for you?
0

I'm not sure. That might turn out to be just as hard to bend as the one currently connected from my power supply. Does this cable serve the same purpose as the one I posted?
0

jars23 said:
I'm not sure. That might turn out to be just as hard to bend as the one currently connected from my power supply. Does this cable serve the same purpose as the one I posted?
Click to expand...

Some cables are more flexible than other.

You also can look for L-shaped GPU cables, those cables come in 90° angle.
0

Upon staring blankly at the problem again I was able to solve it when I realized that the daisy chained extension wire was directly behind the main wire, making it harder to fold it in a 90 deg angle. Upon further research I confirmed that the extension wire could be used to power the GPU instead of the main one. I was able to angle the extension so that it was the only wire needed to fold into a 90 deg angle thus allowing me to return the side panel. Thanks LVT for the idea, my cables actually were flat, but they were doubled together making them impossible to fold until I tried connecting the daisy chain extension.
Reactions: lvt
You must log in or register to reply here.
Share:
Facebook Twitter Reddit Tumblr WhatsApp Email Link